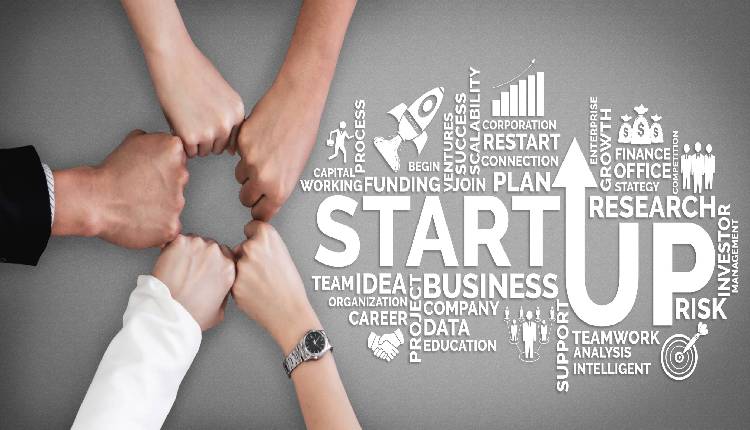 Nigeria’s female entrepreneurs have played a crucial role in the success of the country’s booming startup scene. As founders, managers and team members, they have enabled the emergence and growth of some of Nigeria’s foremost ventures.

Read more about Business This is despite the fact that they’re still in the minority as far as the workforce in these establishments is concerned. Their contributions to the evolution of our most celebrated startups are evidence that they could help players in the space achieve even more if they take on more leading roles.

Here, we’ll profile some of Nigeria’s top startups that were founded by women. They are discussed below in no particular order.

Bankly leverages digital technology and a large network of agents to provide basic banking services to the financially underserved. At its numerous agent locations across Nigeria, it helps it deliver such services as bill payments, deposits, withdrawals, transfers, and financing to a growing customer base.

Tomilola Majekodunmi founded Bankly in 2018 along with Frederick Adams. Although it’s been building up its network for years, it caught the attention of the public in 2021 when it raised $2 million to digitize and expand its operations.

Founded by Fara Ashiru Jituboh (its CEO) and David Peterside, Okra first captured the media’s attention when it raised $1 million from TLCom, an Africa-focused investor, in 2020. It’s since gotten a further $3.5 million in a funding round announced in 2021.

The team at Klasha say that they’re on a mission to provide borderless payments for commerce in Africa. Their solution enables businesses to accept payments online in African currencies, and get payouts in US Dollars, Euros, and Pounds. Individual users can also convert their African currency into dollars, send money to friends, and pay for goods in foreign currency online.

Founded in 2018 by Jessica Anuna, Klasha has offices in Lagos and in San Francisco. In 2021, it secured funding worth $2.4 million from investors to expand its operations across Africa.

LifeBank delivers medical supplies to hospitals in Nigeria and Kenya by leveraging a distribution platform powered by contemporary technologies. It operates with a mission to make such deliveries cheaper, faster, and safer.

Temie Giwa-Tubosun, a Nigerian American, founded LifeBank in 2015. In the years that followed, the startup broadened its reach to include several hundred hospitals. It has moved more than 25,000 products and has contributed to saving more than 10,000 lives.

BuyCoins lets its users buy, hold, and sell crypto assets and stocks. For as little as N500, they can begin trading these items on the BuyCoins app. They may also earn Bitcoins when they refer new users to the platform.

Products built by BuyCoins include Sendcash, which allows its users to send money to the US from Nigeria or send money to Nigeria and Ghana from anywhere in the world. There’s also the NGNT (Naira token), a stablecoin pegged to the Nigerian naira, which enables naira-denominates transfers on the blockchain.

Ire Aderinokun (who now serves as the company’s Chief Operations Officer) co-founded BuyCoins in 2017 along with Timi Ajiboye and Tomiwa Lasebikan. She and the rest of the founding team led BuyCoins to raise a seed round worth about $1 million in 2018 after it graduated from YCombinator.

WeCyclers runs an incentive-based waste collection and recycling operation, which enables people in low-income communities to get rewards for delivering waste in their communities to be recycled. It uses technology to communicate the need for a clean and sustainable environment to its target audience.

Bilikiss Adebiyi-Abiola co-founded WeCyclers in 2012 and served as its CEO until 2017. In the time since its establishment, the company has collected over 10,000 tons of recyclable waste (including glass containers, aluminium containers, PET containers, and new and used cartons)– more than any other startup in waste recycling business.

Nigerian women continue to make impressive strides in the world of business, and specifically in the country’s startup ecosystems. The ventures we’ve profiled here offer proof of this. Current trends point towards even greater participation of women in founding and leading successful startups in the coming years.

This article was first published on 9th March 2022

Tersus Limited is a construction and engineering solutions company headquartered in the Victoria Island area of Lagos. They develop and improve buildings, roads, electrical systems, and drainage systems. They also offer mechanical engineering solutions in the transportation sector and deliver real estate projects for a diverse client base. Read more about Business As a multi-service firm, … END_OF_DOCUMENT_TOKEN_TO_BE_REPLACED

The E-Commerce sector in Africa is growing rapidly with Nigeria’s social commerce market estimated to reach US$23.8 billion by 2028. This is why some startups are now delving into the sector to get a piece of the action. Recently a former payments company( Abeg) rebranded to a Pocket app to power both payments and online … END_OF_DOCUMENT_TOKEN_TO_BE_REPLACED

Technology helps make your business more efficient. It also enables you to engage with your customers and promote your business. Another thing it helps you do is to attract new customers, serve them and retain them. Many tech-driven solutions are available to help you attract new customers. However, there are some factors to consider before … END_OF_DOCUMENT_TOKEN_TO_BE_REPLACED

In our previous article on whether we need more fintech startups in Nigeria, we stated various reasons innovators will continue building fintech startups. One of which is that the fintech sector is a free market where everyone is free to build their solutions. On that basis, more startups are already existing to provide services to … END_OF_DOCUMENT_TOKEN_TO_BE_REPLACED