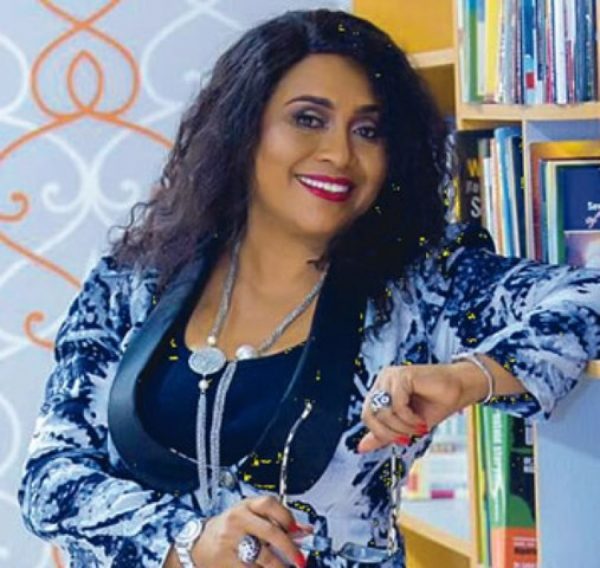 A popular veteran, Nigerian actress, Hilda Dokubo, is known for her emotional roles in Nollywood movies. She is also an acting coach, activist and motivational speaker. This is in addition to being an Edupreneur, entrepreneur and creativepreneur to the core.

The Nigerian award-winning film actress, activist and youth advocate once served as special adviser on youth affairs to Peter Odili, a former governor of Rivers State.

Hilda Dokubo was born as the first of six children in Buguma, a town in Asari-Toru, Rivers State where she went on to complete her primary and secondary school education at St Mary State School Aggrey Road and Government Girls Secondary School respectively. Her father was an engineer, while her mother was a school teacher. She is an alumna of the University of Port Harcourt where she earned her bachelor’s degree and master’s degrees in Theatre Arts.

Hilda is one of the early screen figures of mainstream Nollywood and has played a key role in the evolution of the Nigerian movie industry. As far back as 1992, Dokubo made her screen debut during her youth service in a film titled, Evil Passion. She has since been featured in and has produced several Nigerian films. Including: Gone Forever, End of the Wicked, My Goodwill, and The CEO.

Upon starring in a supporting role in a 2015 film titled Stigma, Dokubo won Best Actress in a Supporting Role and best actress in the comedy category 11th Africa Movie Academy Awards. In 2019, she featured in the movie Locked, a story about mental health awareness  She founded and runs a non-governmental organisation, the Centre for Creative Arts Education (CREATE), which deploys the creative arts to empower women and the youth.

Dokubo has been active in activism and fighting for causes. One of her ‘fights’ has been for the people living with HIV/AIDS. She has been canvassing for support from the federal, state governments and the international communities to help in the fight of HIV/AIDS, in order to cover more grounds in the fight against stigmatization, especially at the grass-root level.

In addition to that, she hasn’t shied away from lending her voice and support to other just causes. In June 2020, Dokubo joined other protesters in a street march in Lagos against rape and other violent crimes against women. In October 2020, she was part of the End SARS protests in Port-Harcourt against police brutality. Alongside Kate Henshaw in March 2020, Dokubo launched an online protest against the appointment of Senator Ishaku Elisha Dabo of Adamawa North Senatorial District as a patron of the Actors Guild of Nigeria.

Take Me To Naija