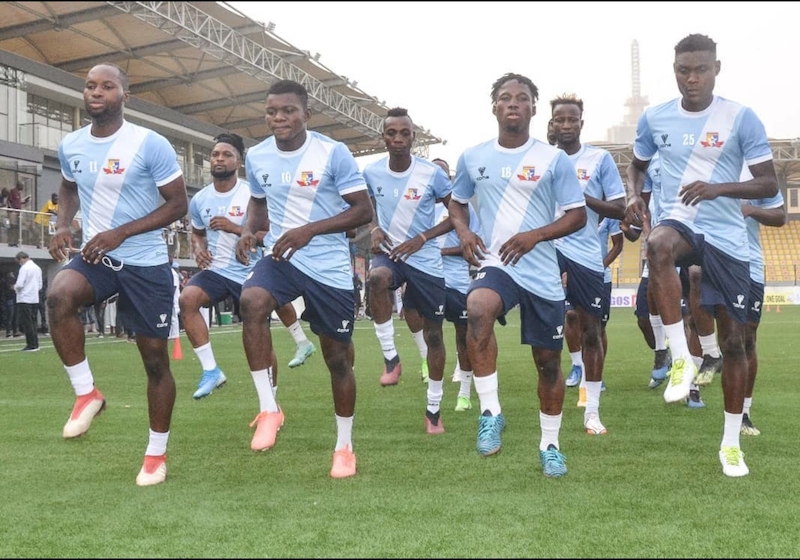 34
SHARES
ShareTweetWhatsappSave
Mail
Remo Stars continued their impressive run in the Nigeria Professional Football League (NPFL) after beating Heartland FC 3-0 in their second league game on Sunday, December 26, 2021. Andy Okpe’s brace and Samuel Anakwe’s lone strike was all the NPFL newcomers needed to earn all three points on Sunday. Read more about Sports League giants Enyimba FC recorded a 1-0 away win over Enugu Rangers on Sunday at the Ifeanyi Uba Stadium, Nnewi. The Peoples Elephant got all three points from the game after Emeka Obioma scored with just two minutes left on the clock. The Finidi George led Enyimba side has now recorded an unbeaten run of five games in all competitions this season. League Champions Akwa United was held to a 1-1 draw by 3SC on Sunday. The Uyo-based side took the lead through an Utibe Archibong strike in the 29th minute of the encounter, but it was not enough as Ayo Adejubu restored parity for the home side on the stroke of 90 minutes.

This article was first published on 28th December 2021

Nigeria occupies the 8th spot on the medals table. Nigeria’s medal haul in the ongoing 2022 Commonwealth Games in Birmingham, United Kingdom, increased to 13 on Thursday, August 4, 2022, after Team Nigeria added four medals. Three out of the four medals were won in Para Powerlifting while one medal came from Women’s Discus Throw. … END_OF_DOCUMENT_TOKEN_TO_BE_REPLACED

The Spanish-based stars were outstanding in Nigeria’s campaign at the continental showpiece. Read more about Sports Nigerian national women’s football team stars, Rasheedat Ajibade and Osinachi Ohale, have been named in the 2022 Women’s Africa Cup of Nations (WAFCON) Best XI. The duo was instrumental to Nigeria’s campaign at the tournament which saw them qualify … END_OF_DOCUMENT_TOKEN_TO_BE_REPLACED

In the space of one week, four Nigerian women have achieved feats that brought some form of respite to the nation in the midst of a tension-ridden political climate. Read more about Sports Asisat Oshoala set the ball rolling on the 21st of June, 2021 when she won the African Player of the year; her … END_OF_DOCUMENT_TOKEN_TO_BE_REPLACED