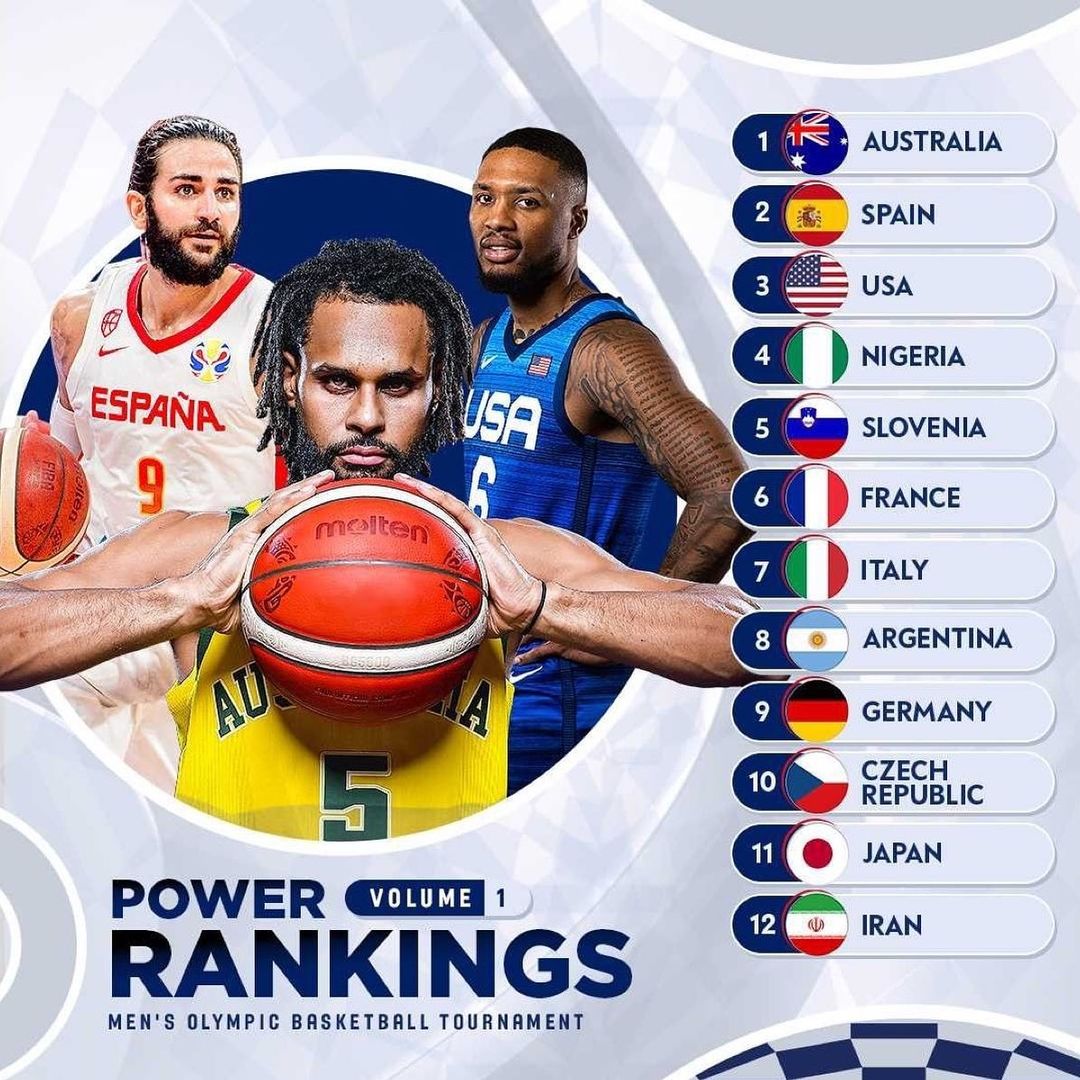 50
SHARES
ShareTweetWhatsappSave
Mail
Following a string of decent performances that saw the Nigerian men’s national basketball team beat the United States and Argentina in their pre-Olympic international friendlies, Nigeria has been ranked fourth on the FIBA Olympic Power Rankings. Read more about Sports Super Eagles of Nigeria striker, Victor Osimhen, gave fans a glimpse of what to expect this coming season after scoring four times in Napoli’s 12-0 thrashing of Bassa Anaunia in a pre-season friendly on Sunday, July 18th, 2021. Osimhen struggled with injuries and COVID-19 during his first year at Naples but managed to score 10 times in 24 outings. He will be hoping to show the world the stuff he is made of this coming season. In the Nigeria Professional Football League (NPFL), table toppers, Akwa United, were held to a 1-1 draw by Rivers United in Port Harcourt on Sunday. A defensive error saw Charles Atshimene gift the visitors the lead in the 53rd minute of the encounter. Bakary Bamba equalised for the home side with just three minutes left to play. Sign up to the Connect Nigeria daily newsletter Despite the result, Akwa remains top of the league with 61 points from33 games. At the Lafia Stadium, Nassarawa United maintained their spot in the second position on the league table after a slim 1-0 win over MFM FC. A 15th-minute strike from Silas Nwankwo was enough for the home side. See Full NPFL Results Below: Sources: Instagram@nigeriabasketball Complete Sports Featured Image Source: @nigeriabasketball – Instagram Got a suggestion? Contact us: editor@connectnigeria.com

This article was first published on 19th July 2021

Nigeria occupies the 8th spot on the medals table. Nigeria’s medal haul in the ongoing 2022 Commonwealth Games in Birmingham, United Kingdom, increased to 13 on Thursday, August 4, 2022, after Team Nigeria added four medals. Three out of the four medals were won in Para Powerlifting while one medal came from Women’s Discus Throw. … END_OF_DOCUMENT_TOKEN_TO_BE_REPLACED

The Spanish-based stars were outstanding in Nigeria’s campaign at the continental showpiece. Read more about Sports Nigerian national women’s football team stars, Rasheedat Ajibade and Osinachi Ohale, have been named in the 2022 Women’s Africa Cup of Nations (WAFCON) Best XI. The duo was instrumental to Nigeria’s campaign at the tournament which saw them qualify … END_OF_DOCUMENT_TOKEN_TO_BE_REPLACED

In the space of one week, four Nigerian women have achieved feats that brought some form of respite to the nation in the midst of a tension-ridden political climate. Read more about Sports Asisat Oshoala set the ball rolling on the 21st of June, 2021 when she won the African Player of the year; her … END_OF_DOCUMENT_TOKEN_TO_BE_REPLACED