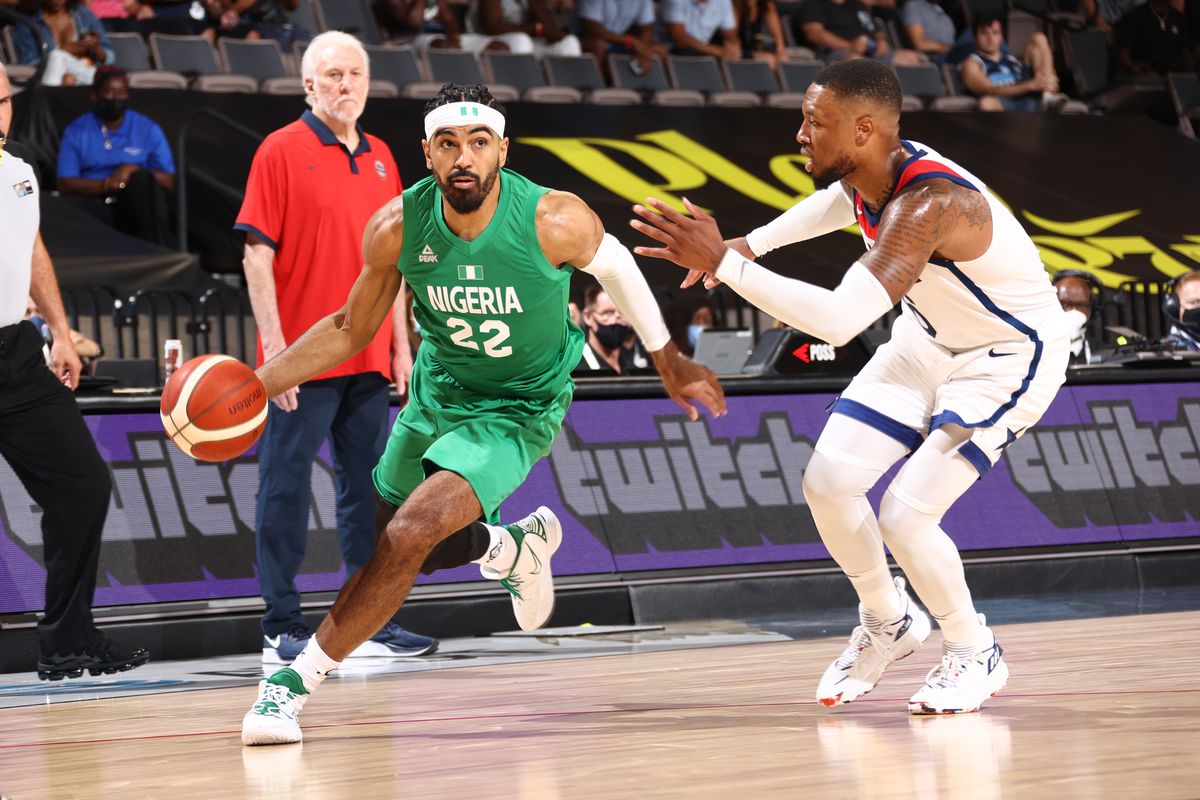 The Nigerian national men’s basketball teams, the D’Tigers were the talk of the weekend after making history as the first African nation to beat the United States in the men’s basketball. Nigeria recorded a 90-87 points win over America in the early hours of Sunday, July 11, 2021, in Las Vegas to show that they are out for some serious basketball business when the Olympics commence on July 25. Gabe Vincent led the scoring charts with a total of 21 points, followed by Caleb Agada (17 points), and Ike Nwamu (13 points).

At the American Track League, Tobi Amusan, clocked an impressive 12.71 seconds in still conditions (0.0) to finish second in the 100mH, behind Danielle Williams (with a Season’s Best of 12.62s), and ahead of Tiffany Porter (12.88s).

Ese Brume was also impressive at the American Track League, finishing third in the women’s Long Jump event with a best effort of 6.78m (0.0), behind Lorraine Ugen in first place (6.89m) and Darya Klishina in second place (6.79m).

Akwa United boosted their chances of winning the Nigeria Professional Football League after a narrow 1-0 victory against Enyimba FC in Uyo on Sunday, July 11, 2021. A 90th-minute penalty converted by Charles Atshimene was all Akwa United needed to maintain their spot on top of the league table. Elsewhere, Nassarawa United suffered a 2-1 defeat at the hands of Ifeanyi Ubah but remained second on the league table. In Akure, Kano Pillars dropped to fourth on the league table after a 1-0 loss to Sunshine Stars. Sadeeq Yusuf gifted the home side all three points with a 59th-minute strike. Rivers United moved to third place on the league table after a 2-1 home win against Warri Wolves at the Adokiye Amasiemeka Stadium in Port Harcourt on Sunday.

Featured image source: Brila Got a suggestion? Contact us: editor@connectnigeria.com

This article was first published on 12th July 2021

Nigeria occupies the 8th spot on the medals table. Nigeria’s medal haul in the ongoing 2022 Commonwealth Games in Birmingham, United Kingdom, increased to 13 on Thursday, August 4, 2022, after Team Nigeria added four medals. Three out of the four medals were won in Para Powerlifting while one medal came from Women’s Discus Throw. … END_OF_DOCUMENT_TOKEN_TO_BE_REPLACED

The Spanish-based stars were outstanding in Nigeria’s campaign at the continental showpiece. Read more about Sports Nigerian national women’s football team stars, Rasheedat Ajibade and Osinachi Ohale, have been named in the 2022 Women’s Africa Cup of Nations (WAFCON) Best XI. The duo was instrumental to Nigeria’s campaign at the tournament which saw them qualify … END_OF_DOCUMENT_TOKEN_TO_BE_REPLACED

In the space of one week, four Nigerian women have achieved feats that brought some form of respite to the nation in the midst of a tension-ridden political climate. Read more about Sports Asisat Oshoala set the ball rolling on the 21st of June, 2021 when she won the African Player of the year; her … END_OF_DOCUMENT_TOKEN_TO_BE_REPLACED