Top 10 Palaces To Visit In Nigeria 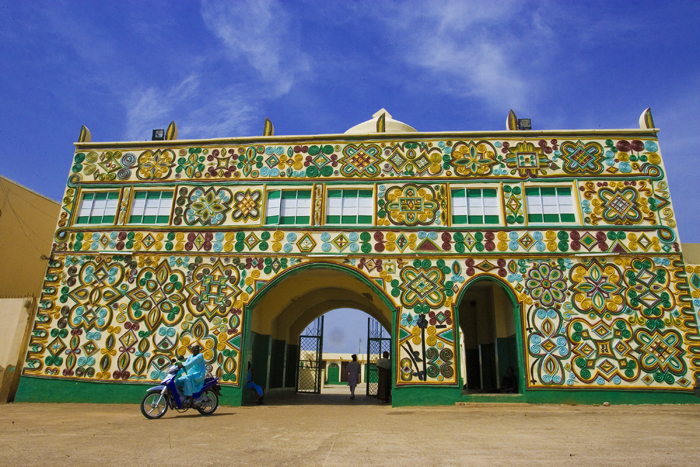 30
SHARES
ShareTweetWhatsappSave
Mail
Visiting the palace of traditional rulers in any state you travel to helps you learn the history and customs of the people of the land. While historical tales of jihad might be frightening for visitors at an Emir’s Palace, it explains the transcendence of religion. Though Nigeria is a democracy, people still revere the pre-colonial monarchies today because of their political and societal influence. Speaking with Palace Aids while touring a Palace can sometimes open your mind to the ingenuity of the pre-colonial Nigerian. The palaces are still worth seeing today as they were years ago because of the nature of architectural aesthetics they were created with. Below, in no particular order, is a list of palaces in Nigeria worth visiting:

The Palace of the Oba of Benin

In the heart of Benin City, lies the home of one of the oldest Monarchy in Nigeria. The Oba’s palace has gone through several renovations since 1230 AD to make it a tourist destination. Tourists get to see the Oba’s court, his queens’ Harem and the Palace Museum of priceless artifacts you might not find in the National Benin Museum outside the palace.

This is the Palace of the Emir of Kano in the city of Kano. Built in the late 15th century, this Palace forebears Kano’s historical and traditional heritage. It is a mixture of both traditional and modern architectural elements is in tune with the culture of the people. The Palace has an open area for Durbar festivals and opposite it, is the Kano Museum filled with interesting pre-colonial pieces.

The Palace of the Ooni of Ife, Osun

In the City of Ife, the ancestral home of the Yorubas is the abode of the Palace of the Ooni. In Enuwa town in Ile Ife, this palace dates as far back as 500 BC. The Palace has been renovated over the years to its current immaculate-looking state with its luxurious courtyard. It is a Palace worth visiting.

This is the home of the Oba of Lagos. Built on the day Nigeria gained her independence in 1960, this Palace is considered as an administrative centre. Its name can be translated to mean The home or Palace built on a pepper farm. But there is nothing ordinary about this palace, it is rich in history with superior architecture. It includes the burial grounds for the previous Obas not buried in Benin City.

The Palace of the Olu of Warri

In Ode-Itsekiri lies the Palace of the Olu, the home of the Itsekiri Monarch of Warri Kingdom. It is partly opened to the public because it is the private residence of the Ogiame these days. The architecture is striking, and its interior is European-styled.

The Olofa of Offa Palace, based in Kwara state, is the home of the traditional ruler of Offa Kingdom. It is one of the oldest building in Offa Local Government Area. It houses the tombs of past rulers and is close to the local market, the railway tracks and the Federal Polytechnic of Kwara.

The Palace of the Emir of Zazzau

You can find this Palace in the city of Zaria. It is a picturesque building made with traditional Habe architecture. Having its walls decorated with the Emir’s insignia makes it a great photo spot. Plus, it is close to the Zaria Forest reserve, for nature lovers who want something else to accompany the history of the Zaria Emirate shared in the palace.

The Palace of the Emir of Bauchi

This grand palace plays tribute to the ingeniousness of pre-colonial builders. All the materials used to build the palace are local, and the architecture has been preserved throughout the years. Its courtyard, are other structures used for council meetings and the home of the Emir. It provides a good view for watching the Durbar festival and is home to some unique birds.

The Palace of the Sultan of Sokoto

This patriotic looking building is home to the traditional and spiritual leader of the Sokoto Caliphate. It features an extensive courtyard lined with trees and green plants that make you feel you are in a period movie. It has a museum with traditional and cultural relics from the era of previous Sultans’. You get to see the Palace guards dressed in fitted multi-coloured regalia and robes. The palace has lots of luxurious bedrooms and a mosque. If you are lucky to visit during a special occasion, you might see the Sultan’s famous trumpeters.

The Palace of the Obi which is in Onitsha, Anambra state is the residence of the Igwe, traditional ruler and head of the Onitsha Kingdom. Its architecture is reminiscent of the colonial era which is a sight indeed. The Obi’s palace has a large expanse of land where people gather to celebrate during festivals. Enjoy a tour of the Palace grounds with the palace staff dressed in unique garb. The compound is a gallery displaying statues of previous rulers and artworks of cultural importance. There are more palaces worth visiting in Nigeria. What other palaces do you think should have made the list?

This article was first published on 16th October 2018

4 thoughts on “Top 10 Palaces To Visit In Nigeria”

Over the years, traveling has become a means of learning and exploring one’s knowledge. However, asides from self development, traveling is one of the most rewarding and empowering activities a person can embark on. Read more about Personal development Embarking on a road trip is another unique travel experience that helps you create a myriad … END_OF_DOCUMENT_TOKEN_TO_BE_REPLACED

We are in an election year, preparing for 2023 polls that will define the fate of the nation. Many people are hurrying to secure visas and passports, with plans to travel internationally, should things go sideways next year. Read more about Did you know? While they will tell you their travel plans are totally unrelated … END_OF_DOCUMENT_TOKEN_TO_BE_REPLACED

If you haven’t started planning for your end-of-the-year vacations before now, you need to start. Now is the best next time to plan. Read more about Tourism We have some upcoming tour deals you need to take action on before the year ends. Happy Orange Join the Kayak Hangout taking place in Lekki on the … END_OF_DOCUMENT_TOKEN_TO_BE_REPLACED