‘This is Nigeria’ and the Choking of Contrarian Thought 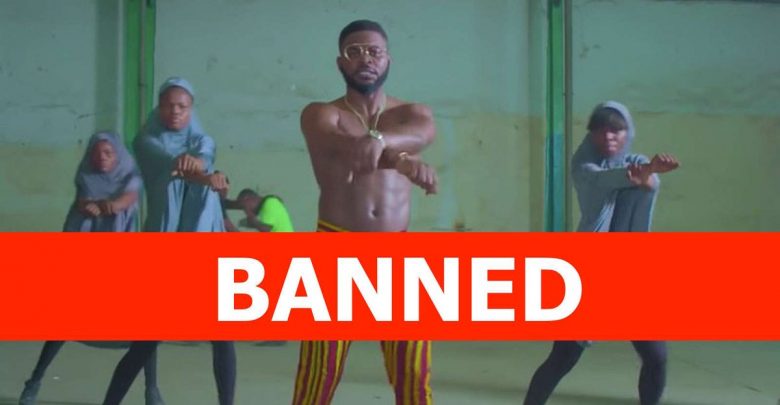 As Folarin Falana, popularly known as Falz, decided to sue the Nigerian Broadcasting Commission (NBC) for banning his music in August, he has finally made good his threat.

I have observed since its release, a number of opinionists critique the song itself, ‘This is Nigeria’, by Falz and I do not consider it ban material. It reminds one of the times when Fela Anikulapo-Kuti would sing the junta to death and they would not only ban the song but also beat and jail him. We have come a long way in human rights abuses all being perpetuated in the name of governance.

Falz himself, a son of the renowned human rights lawyer and activist, Femi Falana, is slowly toeing the socially conscious music route which Fela exploited greatly and which also got him into a lot of trouble.

The NBC has lately been a terror on media houses; sanctioning them for anything which they have tagged explicit, amongst other reasons. Such content ban is not a totally strange tale to hear in an environment where everything is over-regulated until organisations and creativity groan and gasp for breath.

‘This is Nigeria’ is a song born in the context of existing in a banana republic; a country where anything can happen and the perpetrators will still go scotfree. A Nigerian celebrity was lamenting on camera the other day of how his family was being denied entry into Nigeria until he greased the palms of the immigration officials. There is also the case of the Northern governor who was caught on camera taking contract kickbacks – and many more cases of impunity. This is Nigeria.

The song ‘This is Nigeria’ is a controversially ready-made one; it lampoons current and past administrations, events and personalities. Now, the fact that the NBC has turned itself into a police of public thought rather than a regulator of media content standard is overstepping the neutral boundaries an apolitical government agency should follow.

The absence of socially conscious music or thought since the exit of popular personalities such as Fela has created so wide a divide that any content laying a glaring emphasis on truth is termed as inappropriate for public consumption. The evil elites who have found their way into and atop public institutions do not want to stop at the miseducation and non-education of the unsuspecting polity, they also want to totally quash any form of intellectual thought. This is why the Ministry of Information, which also supervises the NBC, and some national security agencies has been all-out on social media too, ready to hunt down influential personalities who speak against vices of the government.

When opinion and thought which tends to go contrarian to the incumbent one is in a quest to be violently censored off the airwaves, we have a huge task at hand at ensuring this does not happen or else everyone will be gagged in little time and a single story will be the order of the day.

No society thrives well if its occupants are a flock of sheep sleeping in one direction. Contrarian and controversial thought must be allowed to be tabled and thrashed by the public. Agencies and departments of government must stop shielding the citizens from every scheme or content out there in the world. The regulator and government at large therefore have a national task to remain objective at all times in carrying out their public duty if we are to really have a nation which our forefathers dreamt of.

This article was first published on 14th November 2018

A Permanent Voters Card is something that every Nigerian desires to have right now. The General Elections in 2023 are less than a year away. Read more about Politics Here’s something you should know: the Continuous Voter Registration activity was launched by the Independent National Electoral Commission (INEC) in June 2021. This registration exercise is … END_OF_DOCUMENT_TOKEN_TO_BE_REPLACED

Following the resignation of Boris Johnson as Prime Minister of the UK on 7 July 2022, 46-year-old Nigerian-born woman, Kemi Badenoch among seven otherrs has been tipped to succeed Boris as Prime Minister. Similarly, other nominees who received at least 20 nominations to become the UK Prime Minister include Suella Braverman, Jeremy Hunt, … END_OF_DOCUMENT_TOKEN_TO_BE_REPLACED

Peter Obi believes Baba-Ahmed is reputable for the position of a vice president if he wins in 2023. Read more about News After weeks of deliberation and consultations, Nigeria’s Labour Party on Friday, July 8, 2022, unveiled Senator Yusuf Datti Baba-Ahmed as the running mate of Peter Obi in the 2023 presidential election. The unveiling … END_OF_DOCUMENT_TOKEN_TO_BE_REPLACED