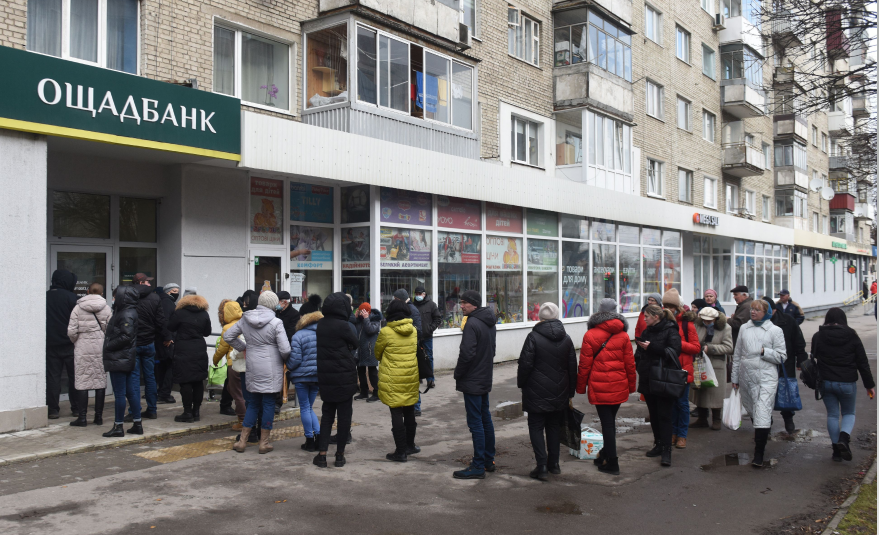 The conflict has seen foreign nations in Ukraine evacuate the Eastern European country for safety.

Owing to the ongoing conflict between Russia and Ukraine, the Nigerian government has announced that Nigerians living in Ukraine can now leave the Eastern European country through the Hungarian and Romanian borders as both countries have approved visa-free access for Nigerians.

This information was disclosed in a statement signed by the Permanent Secretary of the Nigerian Ministry of Foreign Affairs, Ambassador Gabriel Aduda. Mr Aduda also noted that Nigeria’s Minister of Foreign Affairs, Godfrey Onyeama, has spoken with the Ukrainian foreign minister about challenges confronting Nigerians in Ukraine.

“The Ministry of Foreign Affairs is fully abreast of all the challenges Nigerians crossing into countries bordering Ukraine, especially the Polish border, are facing and we are taking adequate measures to assuage these challenges,”

“For now, movement to the Hungarian Zahony border and Romanian Suceava, Tulcea, Satu Mare County & Maramures borders is advised, as they have approved visa-free access to all Nigerians coming from Ukraine and arrangements for accommodation and feeding before evacuation is arranged.”

However, Russia and Ukraine have commenced a dialogue expected to bring an end to the crisis. Despite their differences, President Putin of Russia, and Zelensky of Ukraine had sent their delegates to engage in negotiations at the Belarusian border in other to ensure the conflict is resolved.

Featured Image Source: Nairametrics Got something you want to read about on our platform? Contact us: editor@connectnigeria.com

This article was first published on 2nd March 2022

One thought on “Russia And Ukraine: Nigerians Granted Visa-Free Access To Hungary And Romania”

A Permanent Voters Card is something that every Nigerian desires to have right now. The General Elections in 2023 are less than a year away. Read more about Politics Here’s something you should know: the Continuous Voter Registration activity was launched by the Independent National Electoral Commission (INEC) in June 2021. This registration exercise is … END_OF_DOCUMENT_TOKEN_TO_BE_REPLACED

Following the resignation of Boris Johnson as Prime Minister of the UK on 7 July 2022, 46-year-old Nigerian-born woman, Kemi Badenoch among seven otherrs has been tipped to succeed Boris as Prime Minister. Similarly, other nominees who received at least 20 nominations to become the UK Prime Minister include Suella Braverman, Jeremy Hunt, … END_OF_DOCUMENT_TOKEN_TO_BE_REPLACED

Peter Obi believes Baba-Ahmed is reputable for the position of a vice president if he wins in 2023. Read more about News After weeks of deliberation and consultations, Nigeria’s Labour Party on Friday, July 8, 2022, unveiled Senator Yusuf Datti Baba-Ahmed as the running mate of Peter Obi in the 2023 presidential election. The unveiling … END_OF_DOCUMENT_TOKEN_TO_BE_REPLACED