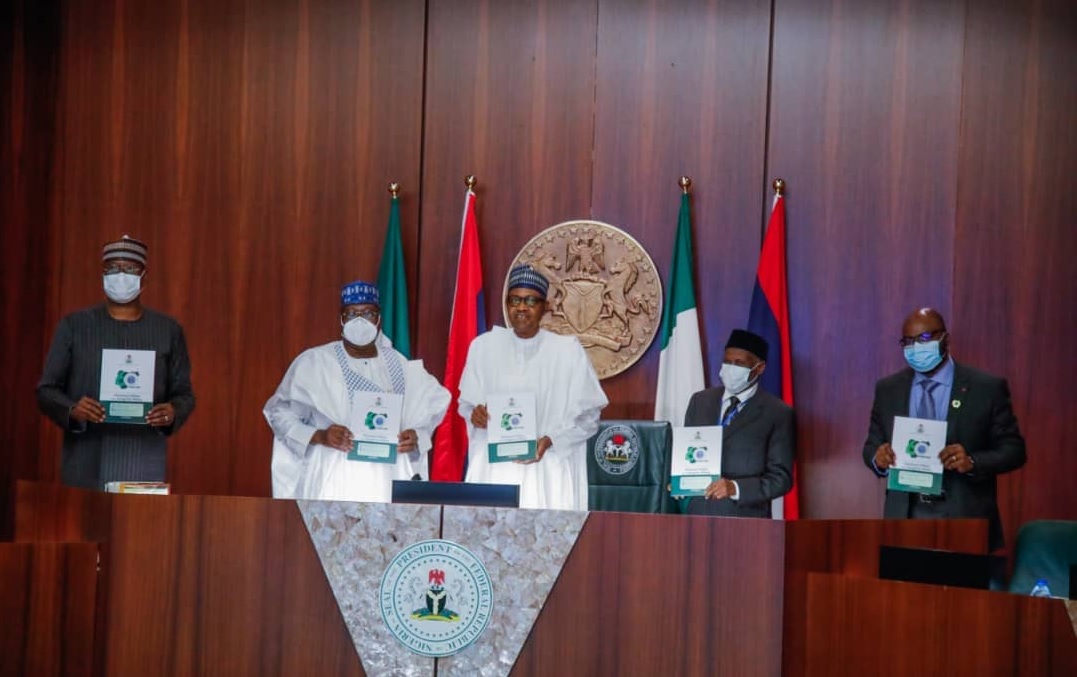 59
SHARES
ShareTweetWhatsappSave
Mail
Following the previous publications –Part 1 and Part 2– we’ll also be highlighting some lessons from the US Democracy. At the Constitutional Convention in 1787, John James who was one of the founding fathers of America capitulated and helped to develop a plan to divide the federal government into three branches—legislature, executive and judiciary—each with checks on its power. This move would later serve as the ultimate Checks and Balance strategy of democratic powers based on the well-known Separation of Powers. Read more about Politics These powerful arms of government also have an individual who coordinates and heads them but remains answerable to the other two arms. The 3 arms established by the U.S. Constitution are separate but equal; The framers of the U.S constitution who wrote this section of the document structured it such that one branch of government cannot become too powerful. This was the system of checks and balances which has helped fashion the longest and most structured democracy in the world. Under this system, there is a pragmatic interplay of power among the 3 arms. Each arm has its own authority, but also must depend on the authority of the other arms for the government to function. In America, there is such a thing called “government shutdown” which basically means there is a failure to pass funding legislation meant to finance the government for its next fiscal year. Without this legislation, the executive arm technically ceases to function. Such is the kind of interplay existing between the arms of government. Sign up to the Connect Nigeria daily newsletter This principle of Separation of Powers which was brilliantly written into the constitution went on to be adopted by many democracies and other government forms in the world- each country adopting their own variant of the principle. In the United States, the president who heads the executive branch does not hold absolute powers. Despite being the Commander-in-Chief of the Armed Forces, the U.S military is at all times beholden to the supreme powers of the constitution. The Congress which comprises the Senate and the House of Representative also has the power to investigate and impeach any president found culpable of offences which flout the dictates of their office. The very recent impeachment of former President Donald Trump comes to mind. The Supreme Court which is the ultimate peak of the judicial arm also has distinct roles in the nationhood- not only to adjudicate cases of the lower courts but also to interpret knotty matters of principle between the other two arms (executive & legislative) of American government. Featured Image Source: Upshot Reports Got a suggestion? Contact us: editor@connectnigeria.com

This article was first published on 6th February 2021

One thought on “Institutional Lessons From US Democracy: Separation Of Powers – Judiciary, Legislature, Executive Arms (3)”

A Permanent Voters Card is something that every Nigerian desires to have right now. The General Elections in 2023 are less than a year away. Read more about Politics Here’s something you should know: the Continuous Voter Registration activity was launched by the Independent National Electoral Commission (INEC) in June 2021. This registration exercise is … END_OF_DOCUMENT_TOKEN_TO_BE_REPLACED

Following the resignation of Boris Johnson as Prime Minister of the UK on 7 July 2022, 46-year-old Nigerian-born woman, Kemi Badenoch among seven otherrs has been tipped to succeed Boris as Prime Minister. Similarly, other nominees who received at least 20 nominations to become the UK Prime Minister include Suella Braverman, Jeremy Hunt, … END_OF_DOCUMENT_TOKEN_TO_BE_REPLACED

Peter Obi believes Baba-Ahmed is reputable for the position of a vice president if he wins in 2023. Read more about News After weeks of deliberation and consultations, Nigeria’s Labour Party on Friday, July 8, 2022, unveiled Senator Yusuf Datti Baba-Ahmed as the running mate of Peter Obi in the 2023 presidential election. The unveiling … END_OF_DOCUMENT_TOKEN_TO_BE_REPLACED