Ime Udoka And Celtics Through To NBA Finals 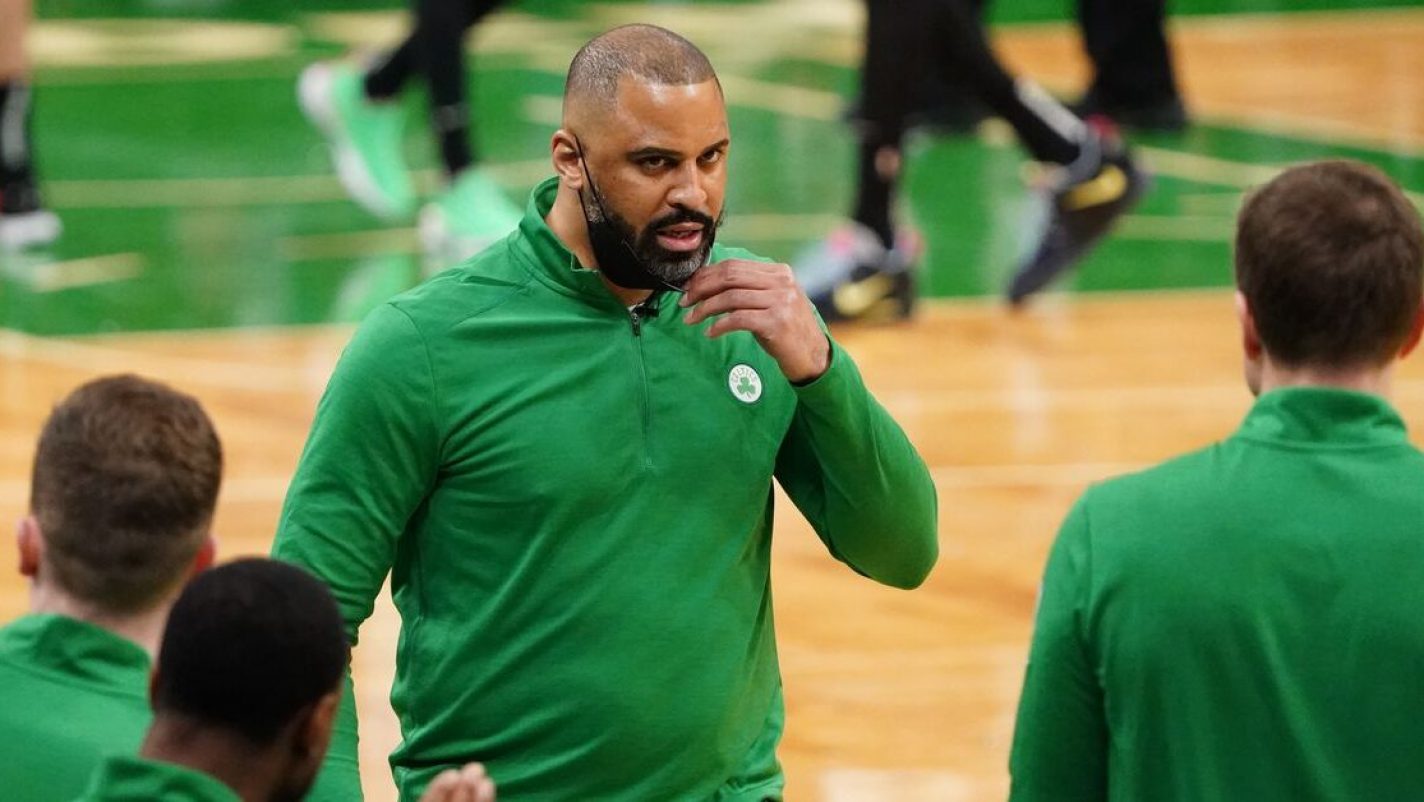 
Ime Udoka is on the verge of winning the American franchise their first NBA title in 12 years.

Former Nigerian senior men’s national basketball team star, Ime Udoka, made history on Monday (WAT), May 30, 2022, after qualifying Boston Celtics for their first NBA finals in 12 years in just his first season as head coach of the team. Read more about Sports Boston Celtics beat Miami Heat 100-96 points in their game-seven encounter to book a place in the final showpiece after failing in their last five playoffs. Ime Udoka and his men will now confront the Golden State Warriors in the finals with the first game scheduled to hold on Friday, June 3, 2022 (WAT) at the Chase Center in San Francisco. Udoka, 44, who was appointed to lead the franchise on June 28, 2021, as their fifth coach of African origin, praised his boys for being resilient throughout the season.

“This is a typical Celtics win. We fought through a lot of adversity this year. We’re a resilient group and tonight seemed to signify our season. We can’t ever seem to shut the door and have to grind it out,”

Sign up for the Connect Nigeria daily newsletter the former D’Tigers star said. Following the win, Udoka and his lads have set their sights on the finals as the Nigerian noted that winning the Eastern Conference is not enough.

Register to attend the Connect Nigeria Business Mixer The former Portland Trail Blazers star also expressed confidence going into the finals which could see him make history with a title win in his first season.

“So, very confident going in…I know it’s another tough challenge. I think Miami will help prep us for some of the off-ball actions in the shooters that they had. But we know the Warriors are a high-level team, executing team that has a ton of great shooters, great players overall, guys I know well. We’re ready for the challenge.” Udoka

This article was first published on 30th May 2022

Nigeria occupies the 8th spot on the medals table. Nigeria’s medal haul in the ongoing 2022 Commonwealth Games in Birmingham, United Kingdom, increased to 13 on Thursday, August 4, 2022, after Team Nigeria added four medals. Three out of the four medals were won in Para Powerlifting while one medal came from Women’s Discus Throw. … END_OF_DOCUMENT_TOKEN_TO_BE_REPLACED

The Spanish-based stars were outstanding in Nigeria’s campaign at the continental showpiece. Read more about Sports Nigerian national women’s football team stars, Rasheedat Ajibade and Osinachi Ohale, have been named in the 2022 Women’s Africa Cup of Nations (WAFCON) Best XI. The duo was instrumental to Nigeria’s campaign at the tournament which saw them qualify … END_OF_DOCUMENT_TOKEN_TO_BE_REPLACED

In the space of one week, four Nigerian women have achieved feats that brought some form of respite to the nation in the midst of a tension-ridden political climate. Read more about Sports Asisat Oshoala set the ball rolling on the 21st of June, 2021 when she won the African Player of the year; her … END_OF_DOCUMENT_TOKEN_TO_BE_REPLACED