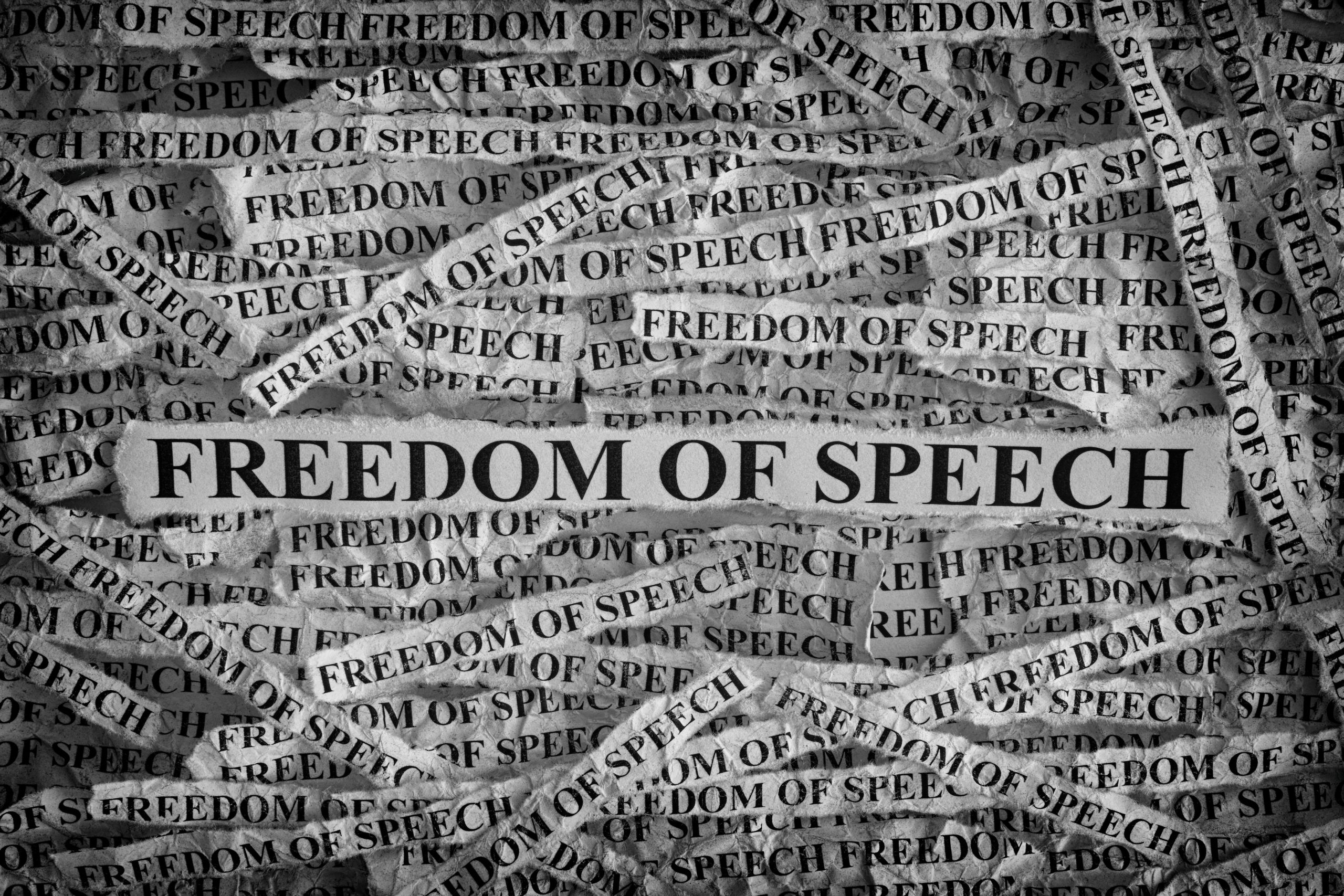 29
SHARES
ShareTweetWhatsappSave
Mail
Owing to a wide range of events in the past 4 months bordering on both politics and economics, heated debates on what constitutes the borders of democratic freedom has resumed again by intellectuals and political juggernauts. From the fields in Uganda to the shores of Nigeria, the limitations placed on free speech continues to be a subject of great concern even in recent times. Read more about Politics People around the world are now getting more contextual awareness of what constitutes their fundamental rights regarding freedom of speech, how it is being threatened and pundits who look deeper now find it deeply concerning. The war against free speech recently reared its head in Nigeria when the #EndSARS protests hit the streets in October. The Nigerian government found itself at a huge disadvantage of controlling the narrative and so it threatened to muzzle the most outspoken members of the movement with Hate Speech laws. The plan by the Minister of Culture and Information, Alhaji Lai Mohammed and the Nigerian Broadcasting Commission (NBC) to lock up TV stations, radio houses and the print media from coverage of the #EndSARS protests nearly worked as the media houses were threatened with fines and license withdrawal. The only saving grace for word about the protests getting out was through social media – Twitter especially. The government, in a coordinated affront led by the Central Bank of Nigeria (CBN) and joined in by the telecommunications companies, both the bank accounts and website of a group mobilising the #EndSARS protests, the Feminist Coalition (FemCo), were shut down from being accessed by supporters for weeks without any court order. Sign up to the Connect Nigeria daily newsletter The group and other Nigerians who directed funds towards FemCo moved on from that censure because they quickly found other working alternatives to raise funds via Bitcoin and to access their page via Virtual Private Networks (VPN). It is now proven that hate speech laws can be used by “larger than life” government bodies and big private organisations to suppress free speech and free association. Just because governments and Big Tech are now so big with this regulatory power on what can be said or not, a few ideologues in a cabal can now determine to switch on/off any speech they do not like and replace it with a speech from their own echo chamber or propaganda. Such a system is clearly fashioned after the dictatorship governments. On Tuesday, 26th January, an electronic newspaper company in Nigeria, The People’s Gazette, confirmed cases of Denial of Service (DNS) on their website. It was users of this service that first noticed the website could not be accessed from the four major mobile internet service providers but accessible through other internet service providers. While it is easy to suggest switching to VPN to subvert blockage of a body’s website, quickly adapting to such a change might also mean that Nigerians are now also condoning complete censure. Featured Image Source: Philosophy Crush Got a suggestion? Contact us: editor@connectnigeria.com

This article was first published on 30th January 2021

A Permanent Voters Card is something that every Nigerian desires to have right now. The General Elections in 2023 are less than a year away. Read more about Politics Here’s something you should know: the Continuous Voter Registration activity was launched by the Independent National Electoral Commission (INEC) in June 2021. This registration exercise is … END_OF_DOCUMENT_TOKEN_TO_BE_REPLACED

Following the resignation of Boris Johnson as Prime Minister of the UK on 7 July 2022, 46-year-old Nigerian-born woman, Kemi Badenoch among seven otherrs has been tipped to succeed Boris as Prime Minister. Similarly, other nominees who received at least 20 nominations to become the UK Prime Minister include Suella Braverman, Jeremy Hunt, … END_OF_DOCUMENT_TOKEN_TO_BE_REPLACED

Peter Obi believes Baba-Ahmed is reputable for the position of a vice president if he wins in 2023. Read more about News After weeks of deliberation and consultations, Nigeria’s Labour Party on Friday, July 8, 2022, unveiled Senator Yusuf Datti Baba-Ahmed as the running mate of Peter Obi in the 2023 presidential election. The unveiling … END_OF_DOCUMENT_TOKEN_TO_BE_REPLACED