Institutional Lessons From US Democracy: Electoral College In Nigeria (8) 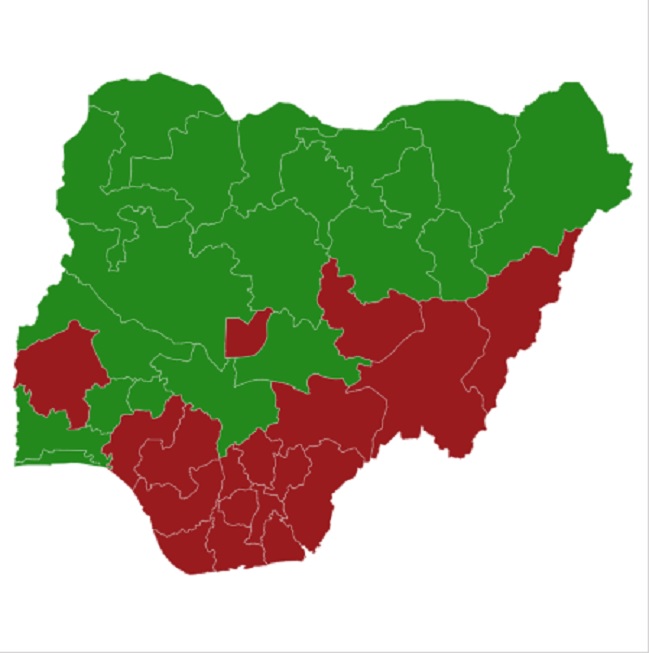 42
SHARES
ShareTweetWhatsappSave
Mail
I am super glad that you are still reading, please what do you think about the previous articles? I would love to read your thoughts in the comment section. The electoral college votes for each state also does not change even with an increase in the population of any state. Therefore, states which have had a huge injection of residents can never have a better standing when counting votes. And only the candidate with the highest number of these electoral college votes can be the president of the U.S. Read more about Politics The number of electors in each state is equal to the number of its members in the U.S. House of Representatives (which is determined by the state’s population census figures), plus its two senators. The District of Columbia, which doubles as the seat of government at the Federal level is not a state and has no voting representation in Congress, has 3 Electoral College votes. One additional advantage of the electoral college is that it forces presidential candidates to get close to every state, its people, and to diligently seek for their votes. The Electoral College was, therefore, a failsafe method to prevent large scale election fraud in the process of selecting the president as well as preventing the dictatorship of an ideological majority. In Nigeria, the concept of the popular vote is the adopted method for selecting the head of state, and it has not augured well for the electoral integrity of the nation for decades. We see the negative effect of a lack of the electoral college system in Nigeria where a major populous zone gets to decide the outcome of presidential elections. Sign up to the Connect Nigeria daily newsletter The population of Kano is one of the most disputed in the whole of Nigeria. At every 4-year election cycle, cases of underage voting, mass thumb-printing and other electoral vices are reported because there is not much oversight of election monitors in the northern part of Nigeria. Yet the votes from Kano alone makes up to about one-fifth of the total votes cast in the whole country. This alone gives Kano state an undue advantage in determining the outcome of elections in Nigeria. The fact that some voters down south know that some highly disputed figures of votes would be thrown into the mix of total votes cast at presidential elections, they become suddenly discouraged from bothering about voting altogether. The integrity of votes and its relative validity really matter in restoring confidence in the minds of voters. It helps to disabuse all forms of reservations that a section of the country might have had against other sects. A possible proposition worthy of being considered as part of a new electoral system for Nigeria should start with conducting a credible census. A credible census backed with biometric data will properly ID every citizen eligible to vote in the country. Another proposition would be about instituting a form of the electoral college system into the Electoral Act. Each state could have a thorough mathematical estimation of their landmass and population/census figures to determine a proper and fair number of electoral college votes to be allocated to each of the 36 states and the Federal Capital Territory (FCT). If the electoral college vote system is adopted in Nigeria and deployed alongside the anticipated Electoral Act, it will largely help to enhance trust in the system and drastically reduce voter apathy which has bedevilled the country for so long. Featured Image Source: BBC Got a suggestion? Contact us: editor@connectnigeria.com

This article was first published on 17th February 2021

A Permanent Voters Card is something that every Nigerian desires to have right now. The General Elections in 2023 are less than a year away. Read more about Politics Here’s something you should know: the Continuous Voter Registration activity was launched by the Independent National Electoral Commission (INEC) in June 2021. This registration exercise is … END_OF_DOCUMENT_TOKEN_TO_BE_REPLACED

Following the resignation of Boris Johnson as Prime Minister of the UK on 7 July 2022, 46-year-old Nigerian-born woman, Kemi Badenoch among seven otherrs has been tipped to succeed Boris as Prime Minister. Similarly, other nominees who received at least 20 nominations to become the UK Prime Minister include Suella Braverman, Jeremy Hunt, … END_OF_DOCUMENT_TOKEN_TO_BE_REPLACED

Peter Obi believes Baba-Ahmed is reputable for the position of a vice president if he wins in 2023. Read more about News After weeks of deliberation and consultations, Nigeria’s Labour Party on Friday, July 8, 2022, unveiled Senator Yusuf Datti Baba-Ahmed as the running mate of Peter Obi in the 2023 presidential election. The unveiling … END_OF_DOCUMENT_TOKEN_TO_BE_REPLACED