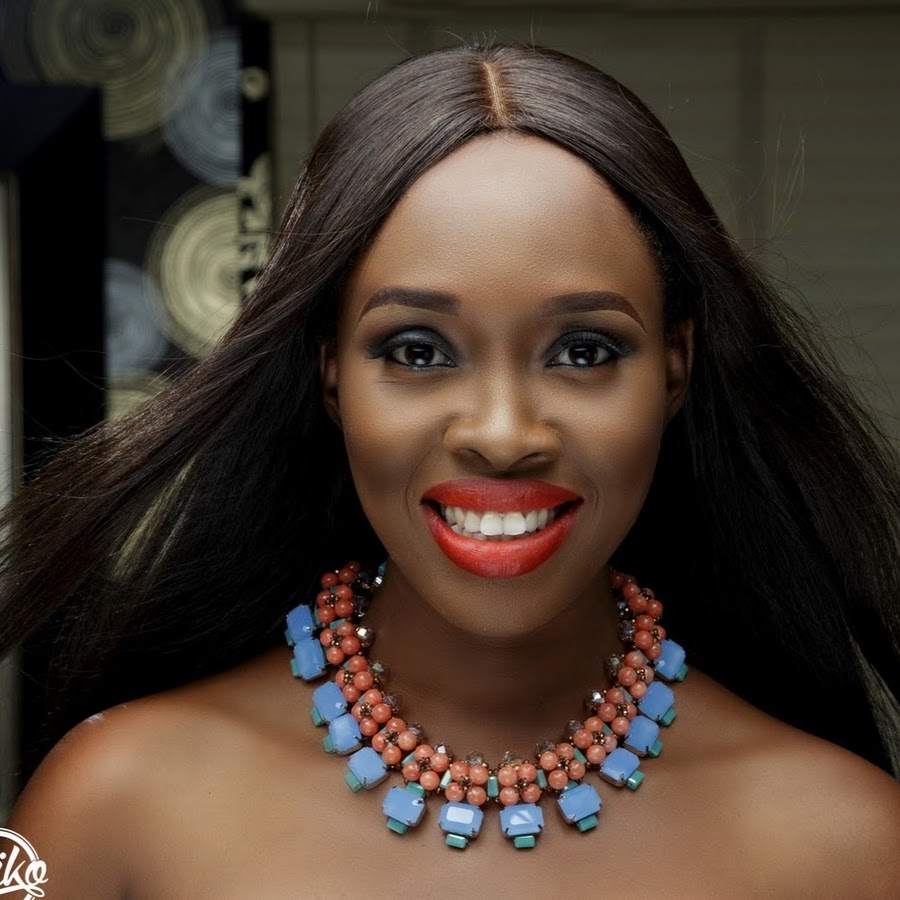 Ariyike Lawal-Akinbobola born 25 April 1982, professionally known as Ariyike Akinbobola is a Nigerian television presenter, talk show host, model, blogger, trained lawyer and occasional actress. Since 2011, she has worked as an associate producer and TV presenter for Spice TV, a fashion and lifestyle channel on the DSTV platform.

She hosts Spice TV’s flagship programme ‘On the Couch’ and in addition, she has produced and presented the fashion news and has as well presented other TV Shows including Sugar and Spice, Urban Spice, Instant Beauty Queen and Project Swan. She also currently presents the gadget show Spice Toys.

Akinbobola was born at St. Nicholas hospital in Lagos, Nigeria and is the fifth of six children of Mojeed Adewale and Ladun Lawal (née Ojutalayo), she is of Yoruba descent. Akinbobola’s love for entertainment began when she was a little child. She and her siblings used to play dress up and choreograph musical performances at family functions.

She attended Federal Home Science Primary School, Ikoyi, Lagos where she was a member of the Brownies Society and when she got into high school at Queen’s College, Lagos, she was a constant face on stage at variety shows and school award ceremonies. Due to her jovial and friendly nature, she won the award for ‘Miss Friendly’ for her class, during their class of 1998 final year award night.

In 2010, Akinbobola began recording episodes of her own TV Show ‘Reflections with Ariyike which can be watched on her youtube page “Ariyike weekly”. In 2011 she auditioned for a job as a presenter on a new Satellite TV Station – Spice TV and in June 2011, Akinbobola got employed by Spice TV as a TV presenter.

As a TV personality and Red carpet host, Akinbobola has interviewed a number of Nigerian and international celebrities as well as diplomats. She has interviewed Dr Andrew Pocock, the British High commissioner to Nigeria, Mr Mike Purves, Director Trade and Investment for UK Trade and Investment, Pauline Long, founder of the Beffta awards, Mrs. Bunmi Oke, President of the Association of Advertising Agencies of Nigeria (AAAN), American Singer/songwriter Carl Thomas, Otunba Niyi Babade of CNN and a lot of Nigerian entrepreneurs. In 2013, she hosted the red carpet at the Nigerian-British chamber of commerce Presidential ball.

In 2013, Akinbobola made her acting debut in the Nigerian hit TV series “Lekki Wives” alongside Kiki Omeili and Katherine Obiang, she also made an appearance on the series “Aunty Caro’s bar”. Akinbobola co-hosted the Lagos Countdown crossover concert alongside Ikponmwosa Osakioduwa and Quest (in 2012) as well as Gbenga Adeyinka and Ill-Rhymz (in 2013). The event is organised by the Lagos state government and is broadcast live across Africa. It is similar to the annual Times Square, New Year Countdown event.

Akinbobola is also a guest writer for one of Nigeria’s foremost blogsites “Bella Naija”, where she writes motivational/relationship stories about issues that affect Africans. She has her own segment called “Ariyike writes”. She also runs her personal blog www.reflectionswithariyike.blogspot.com.

In October 2012, Akinbobola began organising a monthly event called “Best of Both Worlds” networking event (BOBW), where she gives upcoming fashion designers, artists/talent, poets, comedians, writers, media personalities, DJs and entertainers the opportunity to showcase their talent and she also supports and creates awareness for one charitable organisation at every edition of BOBW.

In December 2012, as part of an Edutainment secondary school tour organised by Van Cliff and iCirculate, Akinbobola and a group of artists visited different secondary schools to motivate the students and give them belief in Nigeria. They also enlightened the students about the advantages and disadvantages of social media and encouraged the students about the importance of education when you work in the entertainment industry. In 2013, a second season of the tour was organised.

In September 2013, Akinbobola partnered with Vocal Slender’s Back to school ghetto love project to donate and source for donations of school bags and school supplies to over 500 Ajegunle (a slum in Lagos State, Nigeria) children who were going to resume school. Akinbobola has also partnered with Pink Heritage Company, an organisation involved in the creation of awareness for sexual abuse in teenage girls and counselling for female students of secondary schools who have been sexually abused.

On 8 December 2013, Akinbobola organised her first annual charity Christmas party where donations from her, her friends, family members and brands were made to 9 charitable organisations. Representatives from NGOs, notable celebrities and media personalities were also present at the event. The 9 charities that benefited are Earths Haven foundation, Slumdwellers Liberation forum, Lots charity, Green pastures kiddies, Haven for the Nigerian child, Vocal Slender’s Ghetto Love project, Arrows of God orphanage, Society for love and social justice, Campaign against Ignorance and illiteracy. Ariyike also created awareness for a website that supports and creates awareness for charities, the site is called www.234give.com

In 2012, Akinbobola was awarded the ‘Most Promising/Young TV Presenter’ of the year at the Nigerian Broadcasters Merit Awards (NBMA), Lagos, Nigeria, and was further nominated in 2012 and 2013 for the ‘Most Popular TV Presenter'[12] at the Nigerian Broadcasters Merit Awards, Lagos, Nigeria. Based on her achievements in 2012, Akinbobola was featured in TW Magazine’s January 2013 edition as one of the Top 13 Young, Hardworking Ladies to look out for in 2013.