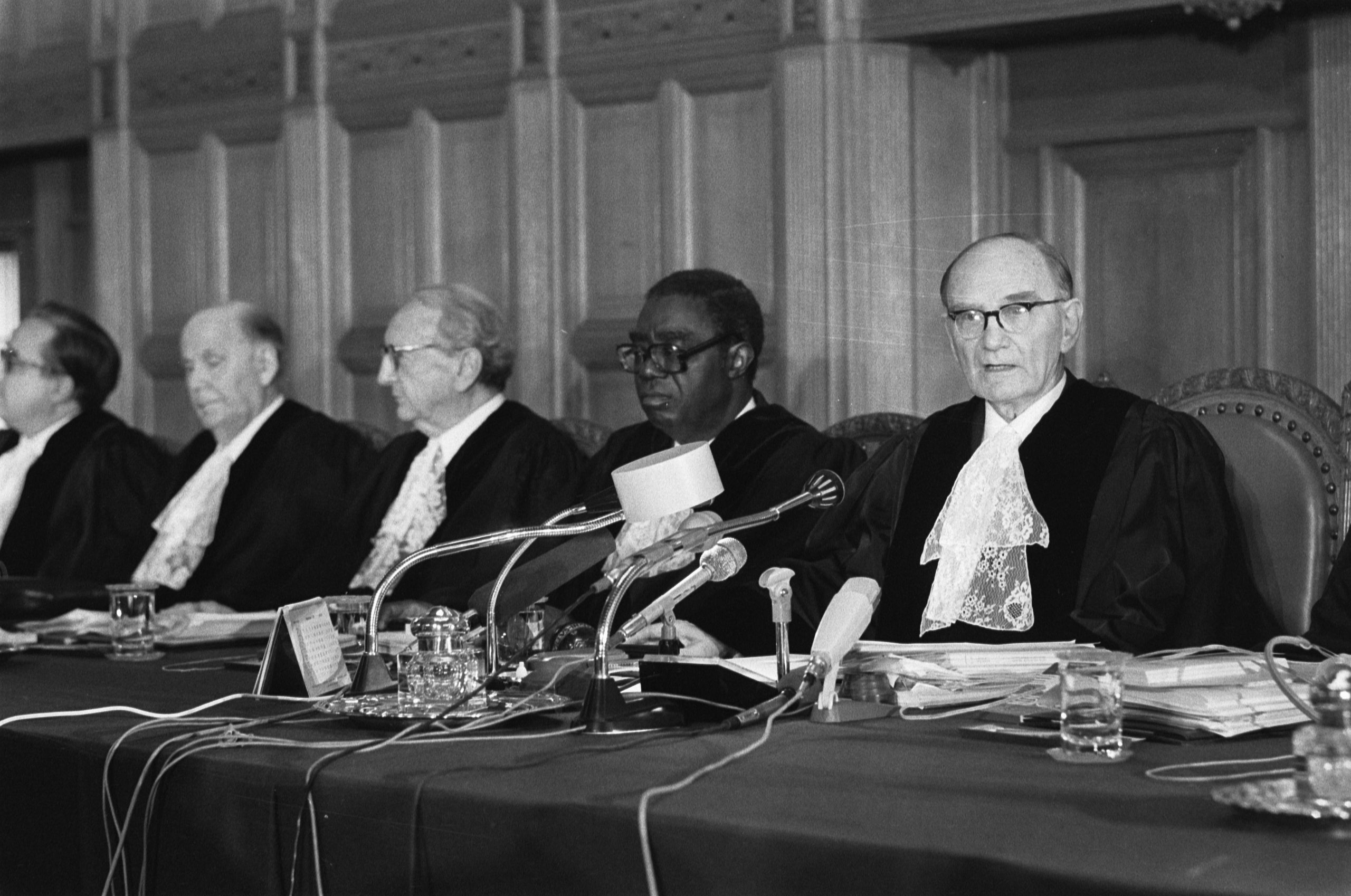 50
SHARES
ShareTweetWhatsappSave
Mail
As a sequel to part 1, Taslim Olawale Elias returned to London in 1957 where he was appointed to lead the School of Oriental and African Studies, University of London. Read more about ThrowBack Thursday Shortly after, he returned to Nigeria and assumed the position of legal adviser to the National Council of Nigeria and the Cameroons (NCNC). Elias was part of the Nigerian delegates in the 1958 Nigerian Constitutional Conference held in London. During the drafting of the pre-independence charter document, Elias was part of a pool of legal scholars and juggernauts who served as the architects of what later became Nigeria’s independence constitution in 1960. By 1962, Elias had received the LL.D. degree of the University of London for scholarly works on Nigerian law, African law and British colonial law. All of these grounds prepared him to be nominated as independent Nigeria’s first Attorney General and Commissioner for Justice. He served in this capacity for as long as the first republic lasted, between October 1st 1960 and January 15th 1966. When the gap in legal experience became a scarce commodity in the military regime that followed after the coup d’état on January 15, 1966, Elias was reinstated back as Attorney General in November 1966. Effectively, T.O Elias became the first and only person who was not a Justice in the Nigerian court system to have served as the Chief Justice of Nigeria. In the same year, 1966, during the hiatus of his engagement with the regime, Elias was appointed professor and dean of the faculty of law at the University of Lagos. In an International capacity, he was a member of the United Nations Committee of Experts which drafted the constitution of the Congo between 1961 and 1962. He also assisted in drafting the Organization of African Unity (O.A.U.) charter and its Protocol of Mediation, Conciliation and Arbitration. Elias thereafter represented the OAU and Nigeria before the International Court of Justice in the proceedings about the status of Namibia. Sign up to the Connect Nigeria daily newsletter He also led the Nigerian delegations to the conference on the Settlement of Investment Disputes between States and Nationals of Other States and to the Special Committee on the Principles of International Law concerning Friendly Relations and Co-operation among States in 1963 and 1964 respectively. By 1972, Elias became Chief Justice of the Supreme Court of Nigeria. By this time, he had already been serving as a member of the United Nations International Law Commission since 1961 (to 1975) and became its chairman in 1970. He was ousted in 1975 as Chief Justice of Nigeria by the Murtala Mohammed military regime after an allegation that he tried a court case involving his brother. T.O Elias must have been vindicated afterwards as he was appointed a judge of the International Court of Justice at The Hague in 1976. He became the first African jurist in a top legal position as he rose to become president of the International Court of Justice after the death of Sir Humphrey Waldock in 1982. By 1987, he was again appointed to the Permanent Court of Arbitration also at The Hague. As an outstanding legal icon in the international scene, Elias was president of the World Association of Judges in 1975 and also an honorary member of the American Society of International Law. T.O Elias authored several legal documents, books and articles such as Nigerian Press Law, Africa Before the World Court (1981) and Africa and the West: The Legacies of Empire (1986). He was a member of several international legal associations, including the International Commission of Jurists, While another military regime of General Ibrahim Babangida was preparing to hand over to a democratic led government, Elias died on August 14th, 1991, in Lagos, Nigeria. Featured Image Source: Wikipedia Got a suggestion? Contact us: editor@connectnigeria.com

Ahmadu Bello’s name rings a bell not only in the Northern part of Nigeria but equally across the country. Read more about ThrowBack Thursday Often in history books, he is referred to as one of the political figures murdered in the 1966 coup bloodbath, but the man has other layers to his legacy. Born … END_OF_DOCUMENT_TOKEN_TO_BE_REPLACED

When ‘super cops’ are named as a subsection of historical happenings in Nigeria, the name Tafa Balogun comes to mind even before the embattled Abba Kyari is mentioned. The current travails of Abba Kyari being instantly changed from leading the Inspector General of Police (IGP)’s crack Intelligent Response Team (IRT) unit to being hunted by … END_OF_DOCUMENT_TOKEN_TO_BE_REPLACED

At the onset of the 4th Republic on May 29, 1999, when Olusegun Obasanjo assumed office as the civilian Executive President after more than a decade of military rule, the atmosphere remained tense for the democratic administration. Read more about ThrowBack Thursday Obasanjo began a campaign of reforms shortly after and so the Oputa … END_OF_DOCUMENT_TOKEN_TO_BE_REPLACED

Did you read the Part One and I hope you enjoyed the Part Two? This episode is a continuation in this series of the Biafran Invasion of the Midwest during the Nigeria-Biafran War (1967-70). Col. Ademoyega summarily relieved Ifeajuna (one of 5 Majors in the January, 15 1966 coup) of his command and replaced … END_OF_DOCUMENT_TOKEN_TO_BE_REPLACED