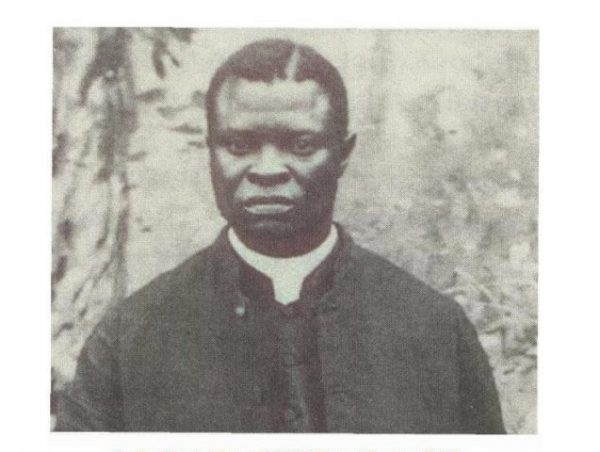 50
SHARES
ShareTweetWhatsappSave
Mail
Samuel Johnson’s first recorded visit to his ancestral home in Oyo state was in 1873. By this time, he was married and with two daughters. Samuel Johnson was eventually deployed to Oyo to continue missionary work in 1881 – perhaps at his request. Read more about Throwback Thursday By 1888, he had become the priest for the Anglican Church in Oyo. It was while stationed in Oyo as a clergyman, that Rev. Johnson began effort running into two decades to pool information for what would eventually be the first written history of the Yoruba people. Although not so much versed in historiography, the book became a useful reference point and source material for trained historians who would only have depended on oral tradition for their scholarly works. Another significant part of Samuel Johnson’s ebullience was his effort at instituting peace during the decades-long Yoruba civil war with his joint missions partner, Charles Phillips, also of the CMS. They dared to arrange several ceasefires between warring groups as early as 1886. The ceasefire was followed by a treaty that guaranteed the independence of the Ekiti towns and the Ijeshas by association. After Ilorin refused the ceasefire arrangement, the war continued until the Fulani forces were eventually quashed by Ibadan forces. As he had been based in Oyo from 1881 onward, Johnson now had ample opportunity amidst his peacemaking duties to research his work on Yoruba history as early as 1897. Sign up to the Connect Nigeria daily newsletter Though much of Yoruba civilization as of the brinks of the fall of Oyo Empire rested on Oyo, subsequent historians criticized Johnson’s book for centering too much on and having a bias for, Oyo history. Notwithstanding, his interest in the whole subject of the history of his people emboldened him to publish a book that tried to give a basis to ancient Yoruba history. However, by 1897, all of Yorubaland had come under British colonial rule and consequentially, grounds were set to amalgamate the Northern and Southern Nigeria Protectorate. Johnson completed his manuscript and sent it to the Church Missionary Society headquarters in London where it was lost for a period. His younger brother, Obadiah Johnson, who was the first Yoruba medical doctor and the second Nigerian to qualify as a medical doctor, took it upon himself after Samuel’s death to get the manuscript published. In 1921, assisted by the annotations he released to the publishers, published it as A History of the Yorubas: From the Earliest Times to the Beginning of the British Protectorate. Though Samuel died on 29th April 1901 without seeing his book published, through the effort of his younger brother, his work on Yoruba history would be known. Nonetheless, his contributions to quelling the damaging Yoruba civil war with his negotiations and peace treaties remain indelible in time. Got a suggestion? Contact us: editor@connectnigeria.com

Ahmadu Bello’s name rings a bell not only in the Northern part of Nigeria but equally across the country. Read more about ThrowBack Thursday Often in history books, he is referred to as one of the political figures murdered in the 1966 coup bloodbath, but the man has other layers to his legacy. Born … END_OF_DOCUMENT_TOKEN_TO_BE_REPLACED

When ‘super cops’ are named as a subsection of historical happenings in Nigeria, the name Tafa Balogun comes to mind even before the embattled Abba Kyari is mentioned. The current travails of Abba Kyari being instantly changed from leading the Inspector General of Police (IGP)’s crack Intelligent Response Team (IRT) unit to being hunted by … END_OF_DOCUMENT_TOKEN_TO_BE_REPLACED

At the onset of the 4th Republic on May 29, 1999, when Olusegun Obasanjo assumed office as the civilian Executive President after more than a decade of military rule, the atmosphere remained tense for the democratic administration. Read more about ThrowBack Thursday Obasanjo began a campaign of reforms shortly after and so the Oputa … END_OF_DOCUMENT_TOKEN_TO_BE_REPLACED

Did you read the Part One and I hope you enjoyed the Part Two? This episode is a continuation in this series of the Biafran Invasion of the Midwest during the Nigeria-Biafran War (1967-70). Col. Ademoyega summarily relieved Ifeajuna (one of 5 Majors in the January, 15 1966 coup) of his command and replaced … END_OF_DOCUMENT_TOKEN_TO_BE_REPLACED