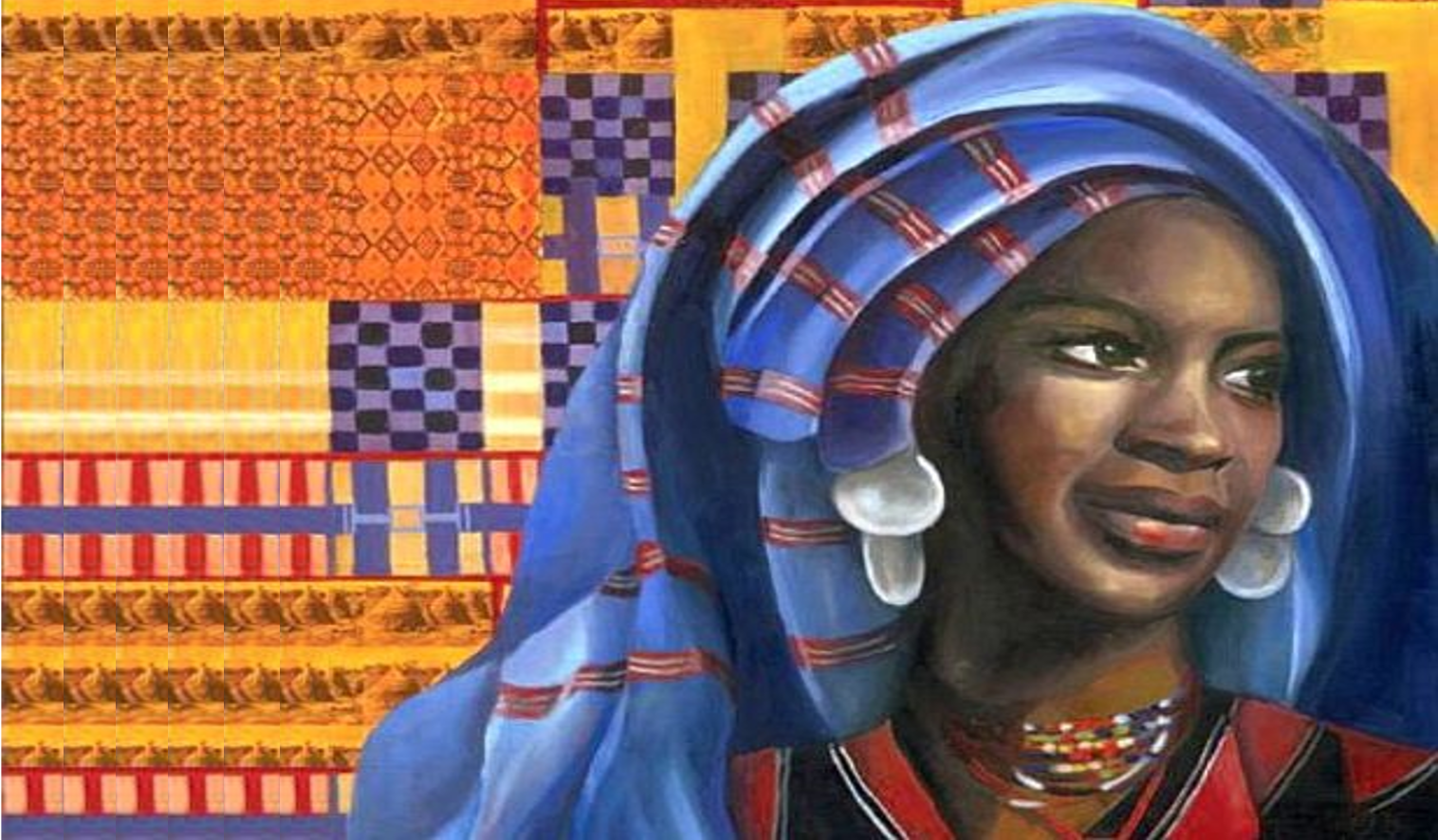 Nana Asma’u bint Shehu Usman dan Fodio, the daughter of the famous Jihadist and founder of the Sokoto caliphate – Usman Dan Fodio – was born in Sokoto in 1793. She was a princess, a poet, teacher, and also a proponent of modern feminism in Africa and gender equality who led by example.

Nana Asma’u was born 11 years before the Fulani War (1804–08) which was was also a precursor to the Fulani raids of the Oyo Empire and the subsequent takeover of Ilorin. Some recognize her as an example of educated and independent women who made marks even when little was expected to come out of Africa and especially Nigeria.

Just like her father, Nana was learned in Qur’anic studies and she also placed a high value on universal education. Following the liberal teachings of her father, Nana Asma’u was particularly devoted to the Islamic education of the Muslim women in the Sokoto caliphate – and everywhere the caliphate reached. Having become an accomplished scholar well versed in the Quran, the Hadith, military science; the law and as a multilinguist who could speak and write Arabic, Fulfude, and Hausa languages, she became a prolific author who wrote on diverse topics.

Around 1830, before the British made any major inroad into the northern part of Nigeria, Nana had created a cadre of women teachers called Jajis who traveled throughout the caliphate as they educated women in the students’ homes.

This educational project of using the Jajis to reorientate the rural population within the sprawling caliphate was a model devised by Nana Asma’u to integrate newly conquered regions, where pagan captives and other natives dwelled,  into a desirable Muslim ruling class in its own right. The education effort included the poor and rural dwellers and it knew no discrimination in gender, class or wealth.

Nana’s relationship with her father, brothers, and also her husband whom she married in 1807, indicates that of mutual respect, admiration and support. Excerpts from some of the correspondence which she shared with other scholars and other religious leaders in and out of the African continent also indicates that of a confident woman who is neither intimidated  by her patriarchal world nor was there a demonstration of a militant war being waged against patriarchy. But she rather worked to create and exemplify a culture of equality and respect in her immediate society.

Not only was there a cultural revival among the women populaton within reach of the caliphate, but there was even more renaissance in the African essence as her fame as a scholar, poet and educator traversed the length and breadth of West and Central Africa. Nana Asma’u died in 1864, much before the British colonial masters would introduce western education to the region. Nana leaves a legacy of cultural development, social change and spiritual enlightenment for young men and women around the world to emulate from her life and times.

This article was first published on 12th December 2019

Ahmadu Bello’s name rings a bell not only in the Northern part of Nigeria but equally across the country. Read more about ThrowBack Thursday Often in history books, he is referred to as one of the political figures murdered in the 1966 coup bloodbath, but the man has other layers to his legacy. Born … END_OF_DOCUMENT_TOKEN_TO_BE_REPLACED

When ‘super cops’ are named as a subsection of historical happenings in Nigeria, the name Tafa Balogun comes to mind even before the embattled Abba Kyari is mentioned. The current travails of Abba Kyari being instantly changed from leading the Inspector General of Police (IGP)’s crack Intelligent Response Team (IRT) unit to being hunted by … END_OF_DOCUMENT_TOKEN_TO_BE_REPLACED

At the onset of the 4th Republic on May 29, 1999, when Olusegun Obasanjo assumed office as the civilian Executive President after more than a decade of military rule, the atmosphere remained tense for the democratic administration. Read more about ThrowBack Thursday Obasanjo began a campaign of reforms shortly after and so the Oputa … END_OF_DOCUMENT_TOKEN_TO_BE_REPLACED

Did you read the Part One and I hope you enjoyed the Part Two? This episode is a continuation in this series of the Biafran Invasion of the Midwest during the Nigeria-Biafran War (1967-70). Col. Ademoyega summarily relieved Ifeajuna (one of 5 Majors in the January, 15 1966 coup) of his command and replaced … END_OF_DOCUMENT_TOKEN_TO_BE_REPLACED