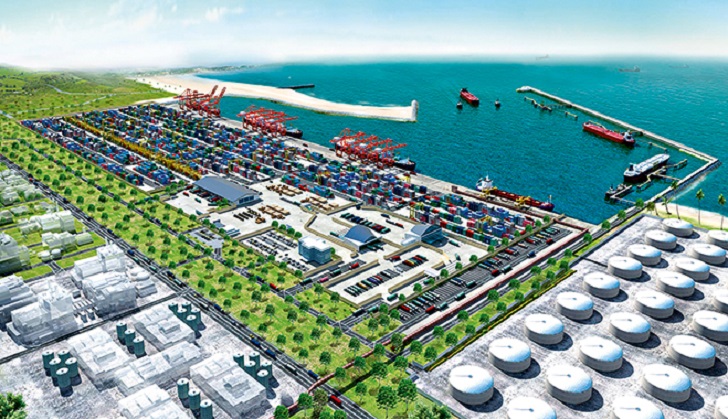 Investment has to be courted, enticed and captured because others are fighting to get it if it slips away. The investor is king, and he waves his currency in the face of thirsty countries which try to outdo each other in competition by presenting more shiny incentives than their perceived rivals. It does appear at times that global investors are spoilt for choice in certain sectors; perhaps this is just a robust oversimplification of today’s global investor-government relationship. But at least, it paints a comprehensible picture of what is going on. One concept, in particular, may come to mind when we think about wooing investors: Free Trade Zones.

Free Trade Zones (or FTZ) are special economic zones located in a geographic space, where goods may be landed, handled, manufactured and reexported- all done without the intervention of custom authorities. Within these zones, trade barriers and custom duties which prevail in the rest of the country are not functional. Corporations which set up in FTZs may be given tax breaks as an incentive. The aim of this is to enhance foreign exchange earnings, develop export oriented industries, and create employment opportunities. The potential benefits make FTZ desirable, especially for developing countries which need foreign investment to boost growth.

Nigeria has a number of FTZs within its borders. The Nigeria Export Processing Zones Authority (NEPZA) lists 32 FTZ’s; however, only 14 are listed as being operational. About 9 are said to be under construction, and others are in various states of pre-construction and license suspension. Some of the well-known functional FTZ in Nigeria include the Calabar Free Trade Zone (CFTZ), Kano Free Trade Zone (KFTZ), Tinapa Free Zone and Resort, Lekki Free Zone, and the Lagos Free Trade Zone (LFTZ). The licensing, monitoring, regulating and facilitating of investment into the FTZ in Nigeria is vested in the Nigeria Exporting Processing Zone Act 63 of 1992.

Setting up free zones in Nigeria does make economic sense. Gbenga Kuye, Managing Director of NEPZA, has noted that Nigeria’s status as a major oil-producing country, as well as its large consumer market, are some of the enticing advantages that could persuade investors to take advantage of the FTZs. Available evidence suggests that they have. In 2014, Olusegun Aganga who was the minister of trade and industry said that the LFTZ (Lagos Free Trade Zone) had attracted 48 investors with investments close to 1.1 trillion naira. Other FTZ have witnessed considerable investment as well. This is despite the persistent problem of inadequate power supply, security challenges in some parts of the country, and a lack of clarity in government policies.

Free Trade Zones are certainly a competitive vehicle for driving economic growth. It has proved to be the case in a number of Asian countries, most notably China. The success of FTZ in these countries has encouraged other developing countries to join the FTZ bandwagon. But as with other economic strategies, the planning and execution of this project has to be in line with local needs, and should not merely benefit the foreign investors who wave their spare cash in the face of desperate authorities in desperate countries.

This article was first published on 26th April 2016

Tersus Limited is a construction and engineering solutions company headquartered in the Victoria Island area of Lagos. They develop and improve buildings, roads, electrical systems, and drainage systems. They also offer mechanical engineering solutions in the transportation sector and deliver real estate projects for a diverse client base. Read more about Business As a multi-service firm, … END_OF_DOCUMENT_TOKEN_TO_BE_REPLACED

The E-Commerce sector in Africa is growing rapidly with Nigeria’s social commerce market estimated to reach US$23.8 billion by 2028. This is why some startups are now delving into the sector to get a piece of the action. Recently a former payments company( Abeg) rebranded to a Pocket app to power both payments and online … END_OF_DOCUMENT_TOKEN_TO_BE_REPLACED

Technology helps make your business more efficient. It also enables you to engage with your customers and promote your business. Another thing it helps you do is to attract new customers, serve them and retain them. Many tech-driven solutions are available to help you attract new customers. However, there are some factors to consider before … END_OF_DOCUMENT_TOKEN_TO_BE_REPLACED

In our previous article on whether we need more fintech startups in Nigeria, we stated various reasons innovators will continue building fintech startups. One of which is that the fintech sector is a free market where everyone is free to build their solutions. On that basis, more startups are already existing to provide services to … END_OF_DOCUMENT_TOKEN_TO_BE_REPLACED