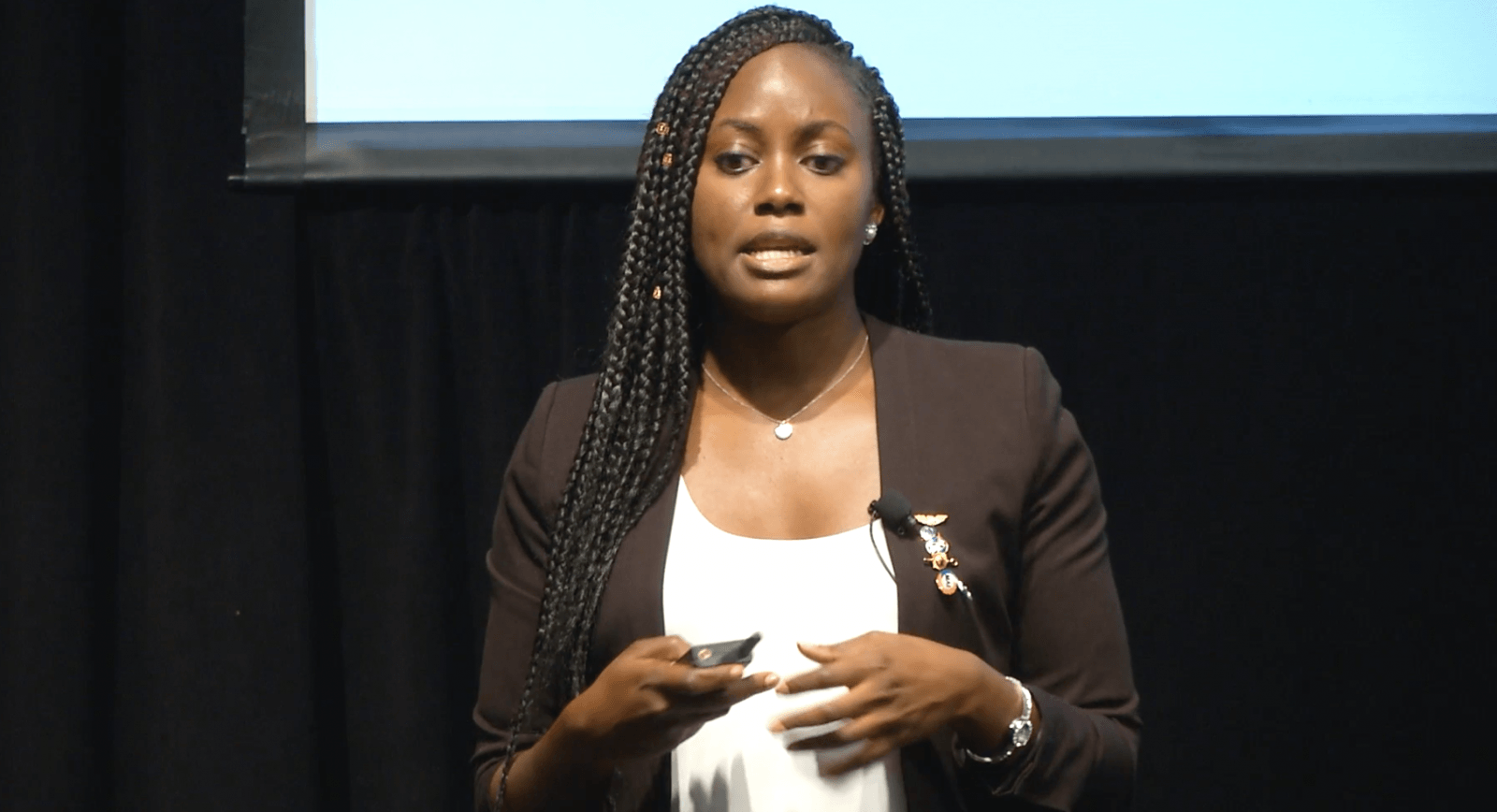 Wendy A. Okolo is a Nigerian-American aerospace research engineer in the Intelligent Systems Division at NASA Ames Research Center. She is the first Black woman to obtain a PhD degree in aerospace engineering from the University of Texas at Arlington (UTA). She is also the Special Emphasis Programs Manager for Women at Ames.

Okolo obtained her secondary education at Queen’s College, an all-girls school in Lagos, Nigeria. She then received a bachelor’s degree in aerospace engineering at the University of Texas at Arlington (UTA) in 2010. Okolo later became the first Black woman to obtain a PhD in aerospace engineering from UTA in 2015 at age 26. Her PhD studies were supervised by Atilla Dogan. During Okolo’s undergraduate years, she served as president of the Society of Women Engineers at the university.

Okolo started her career as an undergraduate intern for Lockheed Martin, working on NASA’s Orion spacecraft. Over the course of two summers, she interned with the Requirements Management Office in Systems Engineering and the Hatch Mechanisms team in Mechanical Engineering. As a graduate student, Okolo later worked in the Control Design & Analysis Branch of the Air Force Research Laboratory (AFRL), Wright-Patterson Air Force Base.

Okolo is a Sub-Project Manager in the Intelligent Systems Division of NASA Ames. She is a research engineer in the Discovery and Systems Health Technology (DaSH)

Aerospace engineering, particularly the astronautics branch, is often colloquially referred to as “rocket science”. Flight vehicles are subjected to demanding conditions such as those caused by changes in atmospheric pressure and temperature, with structural loads applied upon vehicle components. Consequently, they are usually the products of various technological and engineering disciplines including aerodynamics, propulsion, avionics, materials science, structural analysis and manufacturing.

Okolo has the following awards to her name:

Okolo says her sisters taught her the sciences with their day-to-day realities. She describes them as her heroes.