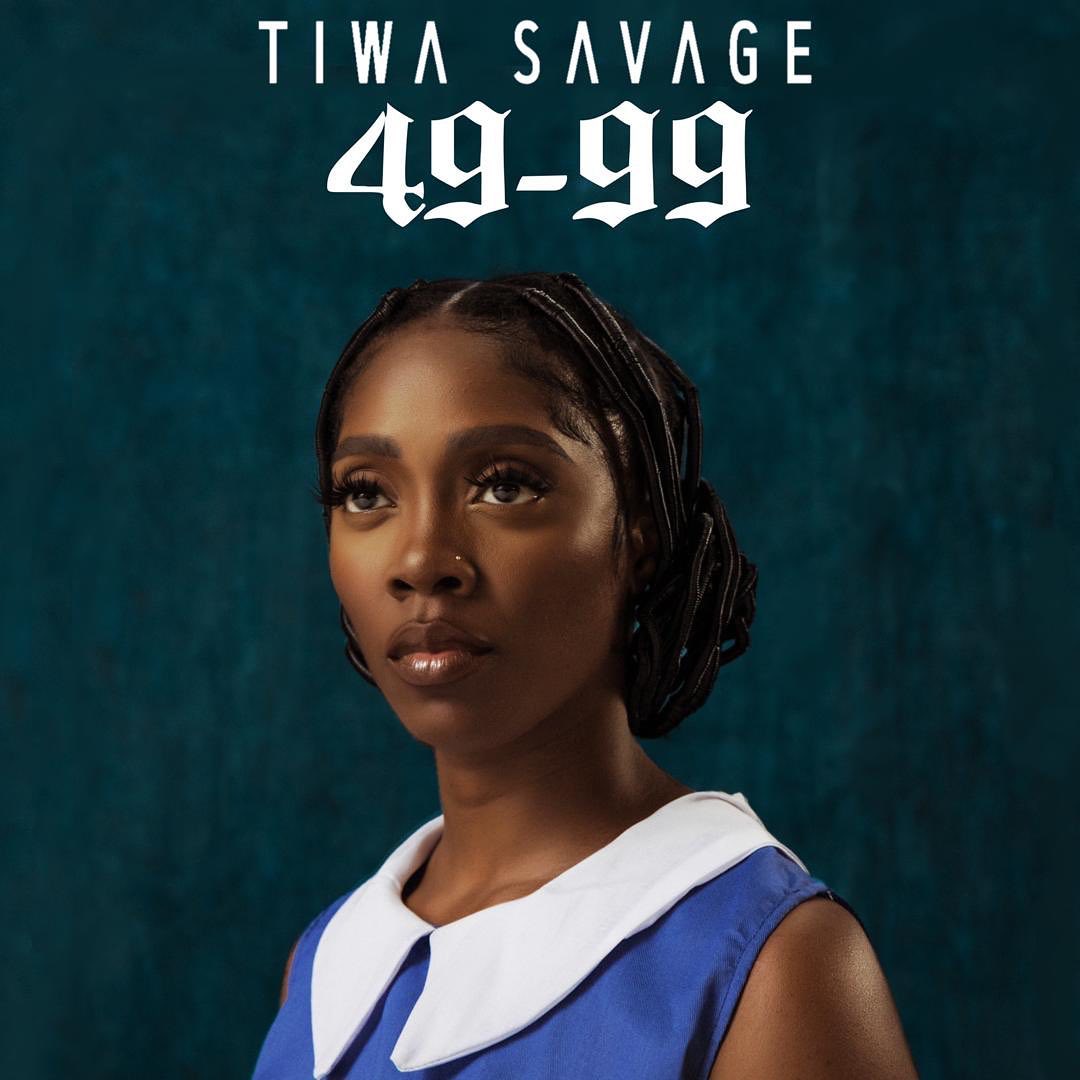 Where were you in 1978? The 70’s were some of the most exciting and successful years for Fela Anikulapo-Kati’s music. His songs have remained influential and wildly popular till today. It’s more than likely that even those that weren’t born until the 90’s must have heard snippets of the iconic lyrics from Fela’s 1978 song; Shuffering and Shmiling. In her latest single 49-99, Tiwa Savage pays tribute to an idea that Fela sang about in Shuffering and Shmiling more than 40 years ago.

The song 49-99 is Tiwa’s first single since she signed an exclusive production and distribution deal in May this year with the global music business conglomerate, Universal Music Group (UMG). Under the international deal, all of her music from the time of the agreement will be released through UMG in more than 60 countries worldwide. As a result of this, 49-99 is Tiwa’s first globally distributed single. In a statement about the 49-99 single, Tiwa shared her reason for referencing Fela’s 1978 song:

… I wanted my first global single to also have a message… Music is a powerful tool, and I wanted a title where there are conversations starting “What is 49-99?”

49-99 refers to an image Fela painted with the lyrics of his song Shuffering and Shmiling (Part 2). Near the end of the song, Fela says ‘Everyday my people dey inside bus, Forty-nine (49) sitting, ninety-nine (99) standing’. Tiwa Savage put the two numbers together and created an abbreviated title for her song. Beyond the Fela reference, 49-99 is also a salute to hardworking Nigerians. Towards the end, Tiwa sings: Hustling for money / Just to get the pay. In a statement to the HipTV music channel during an activation tour of her song earlier this month, Tiwa explained that the song is also meant to be a source of motivation telling the youth to work hard in spite of the difficulties in Nigeria.

Tiwatope Savage was born in Lagos, Nigeria. She moved to London at the age 11 and studied Professional Music at the Berkeley College of Music in Boston, Massachusetts. She began her singing career at 16, doing backup vocals for artists like George Michael and Mary J. Blige. In 2018 she won Best African Act at the MTV European Music Award. She is the first female to have sold out the O2 Arena in London. In 2017 she performed alongside Beyoncé, Jay Z and Ed Sheeran at the Global Citizen Festival, a celebration of Nelson Mandela at 100 in Johannesburg, South Africa. She also performed at Jay Z’s Made in America festival in Philadelphia in the same year. Tiwa featured in British Vogue’s December issue as one of 10 women changing the face of music globally in 2018. In July, she featured on Beyoncé’s sonic-visual album The Lion King: The Gift.

Tiwa Savage’s message is clear and intentional with 49-99. It is an announcement of the state of affairs in Nigeria, and a nod to Nigerian citizens everywhere who never stop working with hopes of success.