Why the ICPC Should be Given Precedence Over EFCC 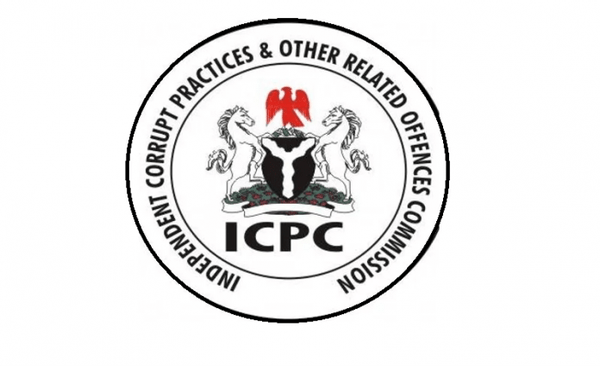 For longer than most Nigerians can remember, the Independent Corrupt Practices and Related Offences Commission (ICPC) seems non-existent. Possibly, the overlap in some of the duties of the Economic and Financial Crimes Commission (EFCC) cancelling out that of the ICPC in the public domain may have also contributed to this citizen indifference about the two bodies. Yet, a look at the ICPC page presents cases which were recently won by the independent agency.

It is not strange to see the EFCC arresting particular politicians who recently crossed carpet into an opposition party. These politically orchestrated attacks on the opposition are now so consistent that the non-gullible sect of the public has turned a blind eye and are no longer moved by news of an EFCC arrest, confiscation, probe and media trial.

The days of the media-loving former EFCC boss, Nuhu Ribadu, did not record much success in terms of court convictions. However, there were a lot of asset seizures and character assassination attempts. A lot of instances, such as the arrest political foes of former president Olusegun Obasanjo by the EFCC eventually became known to the public.

Though the EFCC hunts down political thieves and has become the nemesis of online scammers, it still remains less effective at apprehending financial criminals. Sometime last year, a huge sum of money was moved from my father’s bank account after criminals were able to gain access into the account with the help of another bank staff. Several petitions were written to the EFCC desk which got no response, and the matter was soon forgotten by all concerned. There are several other cases such as where the citizenry become helpless and they give up trying to get help from the relevant governmental bodies.

But should we rather continue to focus on running after selected thieves rather than preventing the crime itself to happen? Not many people put forward long-lasting and practical solutions when the question of corruption is raised.

Notwithstanding all of these, it seems that while the EFCC seems to be more interested in hounding alleged thieves, ICPC is more disposed to preventing this by working deeply and silently within the ranks of government ministries, departments, parastatals and agencies.

It will take the smartest of moves, know-how and support to rewind the growing corrupt trend and this is why the ICPC sought help from private bodies so as to curtail the corruption among politicians undertaking and championing constituency projects. Due to this gulf and divide in the citizenry holding people in leadership responsible for their actions or inactions, a few NGOs such as BudgIT, , Udeme and Value for Money -which are all centred around budget monitoring and accountability in government -have since taken up this role lacking in governmental monitoring bodies.

On the 28th of March, BudgIT announced its partnership with the ICPC, alongside , Udeme and Value for Money. The ICPC must have realized that the task is too daunting to be left alone to the whims of moles within its own agency. Even for a problem as deeply ingrained as corruption, the ICPC or even the EFCC can hardly be adept enough at curtailing corrupt practice through and through.

In this private-public effort in tackling corruption, the ICPC has chosen to start with the lawmakers in the National Assembly by monitoring and tracking projects being implemented in their constituencies directly from Federal Government funding.

And who knows where the next stop in this organic effort by the agency to stamp corruption underfoot will be? It only behoves us, as good citizens, that we are not found wanting when we are being grilled for corrupt practices.

This article was first published on 3rd April 2019

A Permanent Voters Card is something that every Nigerian desires to have right now. The General Elections in 2023 are less than a year away. Read more about Politics Here’s something you should know: the Continuous Voter Registration activity was launched by the Independent National Electoral Commission (INEC) in June 2021. This registration exercise is … END_OF_DOCUMENT_TOKEN_TO_BE_REPLACED

Following the resignation of Boris Johnson as Prime Minister of the UK on 7 July 2022, 46-year-old Nigerian-born woman, Kemi Badenoch among seven otherrs has been tipped to succeed Boris as Prime Minister. Similarly, other nominees who received at least 20 nominations to become the UK Prime Minister include Suella Braverman, Jeremy Hunt, … END_OF_DOCUMENT_TOKEN_TO_BE_REPLACED

Peter Obi believes Baba-Ahmed is reputable for the position of a vice president if he wins in 2023. Read more about News After weeks of deliberation and consultations, Nigeria’s Labour Party on Friday, July 8, 2022, unveiled Senator Yusuf Datti Baba-Ahmed as the running mate of Peter Obi in the 2023 presidential election. The unveiling … END_OF_DOCUMENT_TOKEN_TO_BE_REPLACED