ThrowBack Thursday: What We Remember on The Armed Forces Remembrance Day 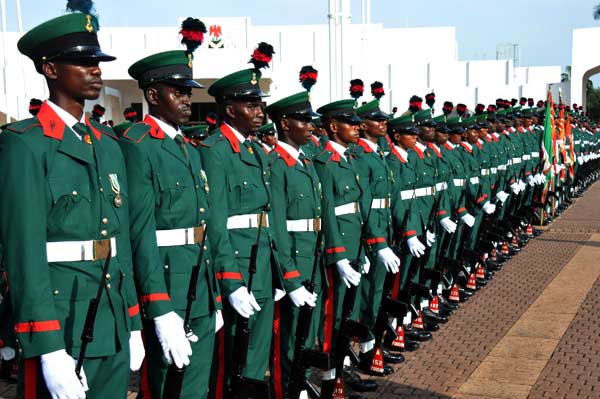 It was 50 years last week, January 15, 1970 that the Biafran Forces surrendered arms and the Nigerian Civil War officially ended. The day signalled the end of a long drawn war which is often tagged as genocidal with many Eastern Nigerians mainly of Igbo extraction as the victims.

The day also marked the “No Victor, No Vanquished” declaration which Col. Yakubu Gowon made after his rival and opponent on the Biafran side, Col. Phillip Effiong surrendered. This surrender of the Biafran Forces marked the end of the Nigerian Civil War that sought to tear apart the geographic and economic unity of Nigeria.

However, the Nigerian government as of 1970, searched fortuitously for a day to commemorate the soldiers who fell during the Nigerian Civil War. The end of the civil war presented an opportunity to connote the very cogent date when Nigeria got united once again.

Before the war, an alternate remembrance day which was called the ‘Armed Forces Day’ in Nigeria was celebrated on November 11th of every year to coincide with the Remembrance Day for the World War II veterans who were from the nations in the British Commonwealth. It was therefore strategic and historic that the day of commemorating the soldiers who died in the Civil War was honoured on the day the peace treaty was reached.

Odumegwu Ojukwu’s deputy and Biafra’s Chief of Defence Staff, Lt. Col. Phillip Effiong, who had to bear the huge responsibility of formally surrendering Biafra to Nigerian forces after Ojukwu fled Nigeria, handed his troops over to Nigerian Armed Forces – represented by Col. Olusegun Obasanjo, at the peace treaty. The event followed an announcement over Biafran radio by Obasanjo that the war was over and Gowon himself delivered a nationwide broadcast where he summarized the war as “No Victor, No Vanquished” as a move to partly rehabilitate the survivors of the war.

The Nigerian Civil War was fraught with different memories for the diverse actors, victims, mediators and observers. For some, it was a history of sufferance and genocide. For others, it was a tale of grief for the loved ones they lost during the needless war. While for even more of the Nigerian populace, it was a valiant move to tie together the geographic expression which Lord Frederick Lugard spuriously named in 1914.

And whether the Nigerian government does enough to assuage the anxieties of the generational remnants of the old Biafran state within the realities of a Nigeria wrought with sheer inequality, will be another topic for intellectuals and analysts to consider.

This article was first published on 24th January 2020

A Permanent Voters Card is something that every Nigerian desires to have right now. The General Elections in 2023 are less than a year away. Read more about Politics Here’s something you should know: the Continuous Voter Registration activity was launched by the Independent National Electoral Commission (INEC) in June 2021. This registration exercise is … END_OF_DOCUMENT_TOKEN_TO_BE_REPLACED

Following the resignation of Boris Johnson as Prime Minister of the UK on 7 July 2022, 46-year-old Nigerian-born woman, Kemi Badenoch among seven otherrs has been tipped to succeed Boris as Prime Minister. Similarly, other nominees who received at least 20 nominations to become the UK Prime Minister include Suella Braverman, Jeremy Hunt, … END_OF_DOCUMENT_TOKEN_TO_BE_REPLACED

Peter Obi believes Baba-Ahmed is reputable for the position of a vice president if he wins in 2023. Read more about News After weeks of deliberation and consultations, Nigeria’s Labour Party on Friday, July 8, 2022, unveiled Senator Yusuf Datti Baba-Ahmed as the running mate of Peter Obi in the 2023 presidential election. The unveiling … END_OF_DOCUMENT_TOKEN_TO_BE_REPLACED