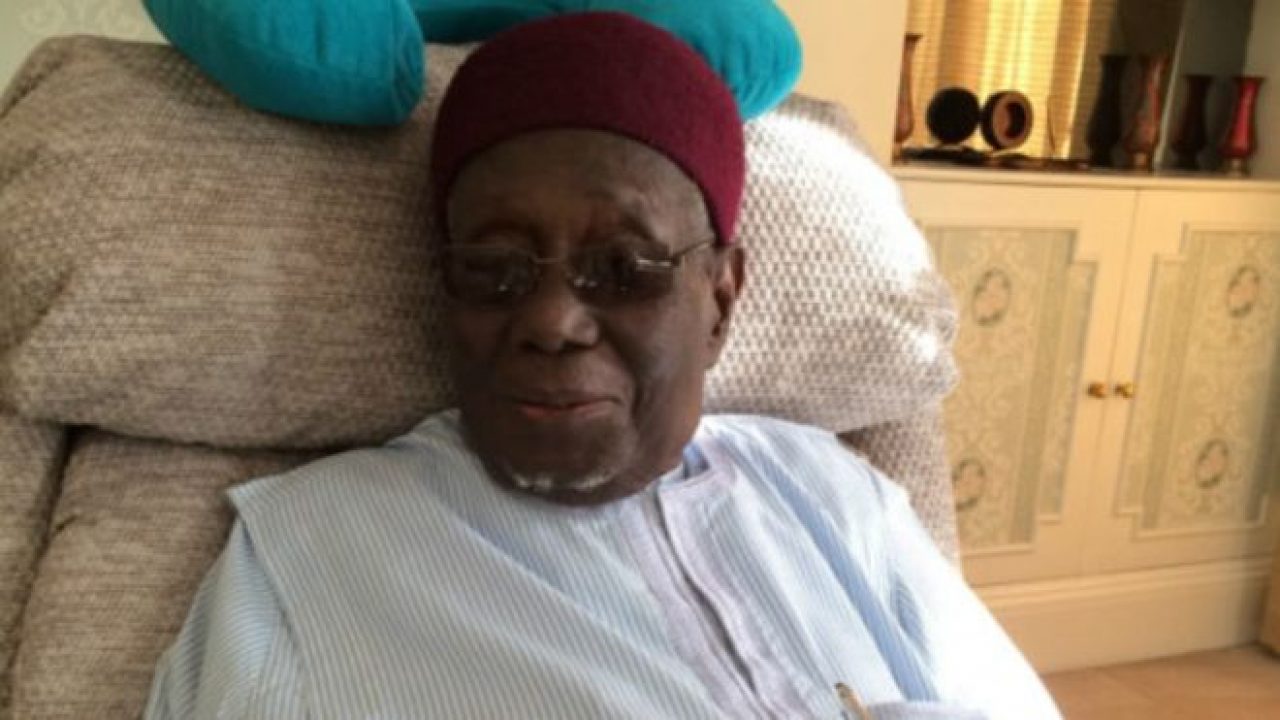 Ibrahim Dasuki was born to the lineage of Uthman Dan Fodio – the founder of the Sokoto Caliphate on December 31, 1923 in Dogon Daji, Sokoto State. He was the son of Haliru Ibn Barau, a district head of Dogon Daji.

Dasuki began Qur’anic education in 1928. Afterwards, he proceeded to Dogondaji Elementary School in 1931,  Sokoto Middle School in 1935 and then to Barewa College on a scholarship from Sokoto Native Authority. Having worked for a year in the regional civil service, he became private secretary to Ahmadu Bello in 1954. And until his selection as the Sultan in 1988, he took up more duties in a number of Nigeria’s foreign offices.

After a long tussle with Muhammadu Maccido to succeed the late Sultan Abubakar Abubakar Siddique III, on 1 November 1988, General Ibrahim Badamosi Babangida favoured him to become the 18th Sultan of Sokoto. And on the December 6, 1988 when he was announced as the new Sultan.

Ibrahim Dasuki’s troubles seemed to have developed wings when he asked that General Sani Abacha to prove that Aliyu Dasuki – Abacha’s friend and the Sultan’s brother – was owing him some money before Aliyu died. Abacha reportedly flared up when he saw that the Sultan would not give him access to the hidden treasures which Aliyu Dasuki held in trust for him.

Part of the monies alleged to have been misappropriated by Sani Abacha while he was the Chief of Army Staff in the late 80s would later be linked to several unnamed bank accounts outside of the shores of Nigeria.

Abacha reportedly began plotting the fall of one of his arch enemies – the late Ibrahim Dasuki. The plan was hatched all the way from the top echelons of the Supreme Military Council in Aso Rock down to its execution to the letter by the Sokoto state military governor.

Aside the subtle accusations of anti-Islamic practices being meted against Dasuki, Abacha knew quite well that the only allegation which could hold water against Dasuki and totally denigrate his integrity was one that bothers on corruption.

He was then accused of misappropriating the sum of N18.2 million by the Sokoto state government. The report further expatiated that the Emirate Council got a total sum of N102,518,178.11 from the state government and that out of this, N54,755,232.64 was released between March 1993 and April 1996 – during his reign. The allegation by the Military Governor of Sokoto State, Colonel Yakubu Muazu, was effective enough to pin the deficit and all other mismanagement of funds on Dasuki even though it was reported he is not a signatory to the Sokoto Emirate Council account. The trap which Abacha set had caught the intended game; the deposed Sultan was, however, not granted fair hearing.

It then appeared like history was repeating itself many years later, in the 4th Republic, when Ibrahim Dasuki’s son – Sambo – was alleged to have misappropriated funds in his role as National Security Adviser (NSA) to former President Goodluck Jonathan, but not given a fair hearing too as he languished away in detention.

Dasuki got deposed on 20th of April, 1996 and he was kept in house arrest in Zing, Taraba state far away from his old kingdom, for many years of the Abacha junta.

Some of Dasuki’s legacies was building 10 Quranic schools in 1990 as well as establishing several adult literacy classes for the uneducated citizens in his locale. Dasuki also tried to create a modern voice for muslims in the country by helping to found the Nigerian Supreme Council of Islamic Affairs (NSCIA). That the first Secretary General of NSCIA, Dr. Lateef Adegbite, was of Yoruba ethnic extraction highlights the fact that Dasuki was a detribalized Nigerian.

Ibrahim Dasuki died on November 14, 2016 at the age of 92 in a Turkish hospital in Abuja after a protracted illness.

This article was first published on 30th January 2020

A Permanent Voters Card is something that every Nigerian desires to have right now. The General Elections in 2023 are less than a year away. Read more about Politics Here’s something you should know: the Continuous Voter Registration activity was launched by the Independent National Electoral Commission (INEC) in June 2021. This registration exercise is … END_OF_DOCUMENT_TOKEN_TO_BE_REPLACED

Following the resignation of Boris Johnson as Prime Minister of the UK on 7 July 2022, 46-year-old Nigerian-born woman, Kemi Badenoch among seven otherrs has been tipped to succeed Boris as Prime Minister. Similarly, other nominees who received at least 20 nominations to become the UK Prime Minister include Suella Braverman, Jeremy Hunt, … END_OF_DOCUMENT_TOKEN_TO_BE_REPLACED

Peter Obi believes Baba-Ahmed is reputable for the position of a vice president if he wins in 2023. Read more about News After weeks of deliberation and consultations, Nigeria’s Labour Party on Friday, July 8, 2022, unveiled Senator Yusuf Datti Baba-Ahmed as the running mate of Peter Obi in the 2023 presidential election. The unveiling … END_OF_DOCUMENT_TOKEN_TO_BE_REPLACED