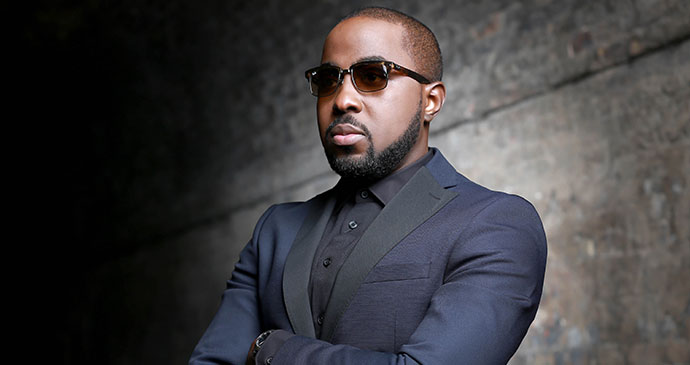 What is a party without a DJ? The chances are high that you’ve needed one (and a good one at that) for a party or event you hosted. Today, we are taking a look at 5 male DJs who have changed the game in the Nigerian music industry. Here is an article on their female counterparts

These are 5 male DJs you would not hesitate to have at your party if given the chance.

One of the pioneers of contemporary disk jockeying in Nigeria, DJ Jimmy Jatt also known as Oluwaforijimi ”Jimmy” Adewale Amu originally started his career as a rapper under the stage name Master J.

After failing to get signed by a record label, he switched career paths to become a DJ. DJ Jimmy Jatt had his big break when he hosted the street carnival called “Road Block”, which featured rap battles by several upcoming rappers.

He went on to launch two studio albums “The Definition” and “The Industry Vol 1” and has worked with several Nigerian artistes including 2baba, 9ice, MI Abaga, Sound Sultan, and more.

DJ Spinall aka Sodamola Oluseye Desmond is a multiple award-winning DJ who started his career ion 2003. He was signed to Mavins Record but later went on to strike an international deal with Atlantic Records UK in 2018.

His achievements include being the first African DJ to be endorsed by any brand in Africa and the first DJ to tour in the United States. DJ Spinall has won many awards for his versatility as a DJ. As a result, he is called “Spinall” which means a DJ that can play different genres of music.

Rotimi Alakija popularly known as DJ Xclusive is currently one of the most popular DJs in Nigeria. He has an impressive discography thanks to his work with several A-List artistes over the years.

Born in the UK to Nigerian parents, Rotimi returned to Nigeria after bagging a bachelor’s degree in Physics and Computer Science at Reading University.

He started his professional career as a DJ in 2003 by performing at various nightclubs such as Penthouse, Aura Mayfair, Jalouse, and Funky Buddha. During the course of his career, DJ Xclusive has worked with both indigenous and foreign artistes.

Born Imohiosen Patrick, DJ Neptune is an award-winning DJ whose career dates back to 2001. He started showing interest in disc jockeying from the tender age of 10 when he would entertain guests and neighbours. Soon, he had taken his passion for entertainment to school and by watching some online tutorials, he honed his skills and started playing for house parties, fast food eateries, and nightclubs.

He became a professional DJ in 2001 and worked with Ray power 100.5 FM from 2004 to 2010. Teaming up with rapper Naeto C in 2008, he built a unique brand for himself in the industry. Today he has worked with other renowned acts such as MI, Burna Boy, Wande Coal, Olamide, Phyno, and Slimcase.

DJ Caise was born Derin Philips. He launched his music career after studying at the University of Reading and Point Blank Music College. Today, he has performed at several prestigious events including Big Brother Africa, MTV, BET and more.

He is signed to Chocolate City and is popularly known for hosting DJ Caise In The Mix which holds every Friday night from 9 pm to 7 am.

This article was first published on 28th October 2019

This is the second part of the post on the topic, “How To Optimize Your LinkedIn Profile”. If you missed out on the first part you can check it out by clicking here. Also, if this is your first time of getting to hear of LinkedIn and you are probably wondering what it is or you … END_OF_DOCUMENT_TOKEN_TO_BE_REPLACED

Without good content, your business will be shaky. Whichever way you look at it, content is what drives any business. From your social media pages to your website and product packaging, content is everything! Sometimes, we see ourselves keep getting it wrong when it comes to creating quality content that can ensure brand awareness and … END_OF_DOCUMENT_TOKEN_TO_BE_REPLACED

Social media has become a force in the marketing space. To a great length, it helps drive traffic to a business website and often helps increase revenue in the long haul. Massive sales are recorded to have been a result of social media marketing. This goes a long way to say that social media is … END_OF_DOCUMENT_TOKEN_TO_BE_REPLACED

Much more than ever, social media has become a useful tool for individuals and businesses to showcase themselves to the world. There is little you can do with physical branding, and with the post-pandemic era where more activities are carried out online, social media branding is the in thing. To be able to brand … END_OF_DOCUMENT_TOKEN_TO_BE_REPLACED