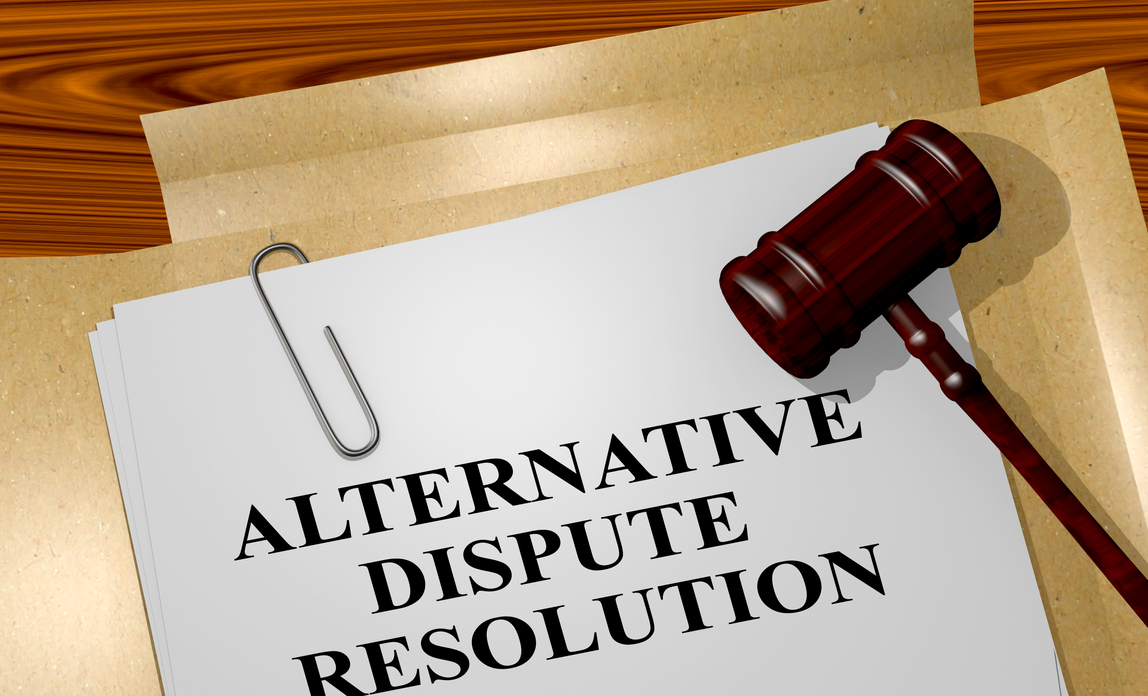 50
SHARES
ShareTweetWhatsappSave
Mail
The Alternative Dispute Resolution is established to resolve certain disputes arising from labour, employment, industrial relations, workplace, etc, between parties using the process of mediation and/or conciliation. Read more about Do you know? There is an Alternative Dispute Resolution Centre that uses mediation and/or conciliation technique(s) to assist parties to resolve their dispute and arrive at a mutually acceptable agreement, in a less costly, speedy and efficient manner. It is aimed at preserving relationship through the reconciliation of parties in dispute. This is done to engender industrial peace and harmony that are essential for the economic and industrial development of the country. In recent times, an ever-increasing plethora of laws, Acts, Rules and Guidelines have begun to make viable provisions to aid and enhance the adoption of ADR and also stipulate clear-cut procedures to follow when ADR methods are adopted, especially in relation to disputes which arise out of commercial interactions.

The National Industrial Court of Nigeria is a judicial institution established in 1976 by the Trade Disputes Act (TDA) Cap 432, Law of the Federation of Nigeria (LFN) 2004. The Court became functional in 1978. Due to a number of shortcomings in the TDA which impacted adversely on the workings of the Court, the National Industrial Court Act, 2006, re-established the National Industrial Court as a superior court of record with jurisdiction on labour and industrial relation matters. As a result of further contentions on the status of the Court as a superior court of record, the National Assembly vide the Third Alteration Act, 2011, amended the 1999 Constitution of the Federal Republic of Nigeria, to establish the Court as a superior court of record specifically and expressly under the Constitution. The Court has and exercises exclusive jurisdiction in civil cases and matters relating to labour, employment, trade unions, industrial relations, and matters arising from the workplace, the conditions of service, including health, safety, the welfare of labour, employee, worker and matters incidental thereto and connected therewith. Sign up to the Connect Nigeria daily newsletter By virtue of Section 254C (5) of the 1999 Constitution (as amended by the Third Alteration Act, 2011) the National Industrial Court of Nigeria has jurisdiction and powers in criminal causes and matters arising from any cause or matter on which jurisdiction has been conferred on it.

The National Industrial Court of Nigeria Civil Procedure Rules 2017 makes provisions for an “Alternative Dispute Resolution Centre” which forms a framework for Alternative Dispute Resolution. Section 24 of the Rules provides thus: (1). The President of the Court or a Judge of the Court may refer for amicable settlement through Conciliation or Mediation any matter filed in any of the Registries of the Court to the Alternative Dispute Resolution Centre (hereinafter referred to as the Centre) established within the Court premises pursuant to Section 254C (3) of the 1999 Constitution (as amended by the Third Alteration Act, 2010) and Article 4(5) (a)–(e) of the Instrument of the Alternative Dispute Resolution Centre. (3). The Centre shall endeavour to take all necessary steps to conclude the Mediation or Conciliation process with respect to matters referred to it within twenty-one (21) working days of the date the process commences provided that an extension of ten (10) working days may be granted by the President of the Court or a Judge of the Court on request if the Mediation or Conciliation process(s) is/are not completed within twenty-one (21) working days. (5). (1) Upon receipt of the report of an amicable settlement of a matter from the Centre, the Court shall cause hearing notices to be issued and served on the parties and their counsel, if any, for the adoption of the settlement agreement as to the Judgment of the Court. (6). (1) Where parties to any mediation or conciliation process are unable to settle their dispute amicably, the Director of the Centre shall submit a report to that effect to the President of the Court or the Judge of the Court who made the referral without the record of the mediation or conciliation session(s). Sources: Nicnadr NG Oal.law Featured Image Source: iPleaders Got a suggestion? Contact us: editor@connectnigeria.com

This article was first published on 21st June 2021

Cupcakes are mini cake perfections. They are delicious and portable. They are easy to bake and decorate. They even come in different flavours and are widely served at birthdays and weddings. Cupcakes are said to make everything better. Read more about Did You Know? So, today, we’ll be sharing fun facts about Cupcakes that you’d … END_OF_DOCUMENT_TOKEN_TO_BE_REPLACED

Today is all about the kitchen gadget, the Air fryer. For your information, the air fryer is a kitchen appliance that’s designed to circulate hot air and in some cases hot oil around food in order to cook it. So, what do you think of this gadget? Read more about Did you know? Have you … END_OF_DOCUMENT_TOKEN_TO_BE_REPLACED

We are in an election year, preparing for 2023 polls that will define the fate of the nation. Many people are hurrying to secure visas and passports, with plans to travel internationally, should things go sideways next year. Read more about Did you know? While they will tell you their travel plans are totally unrelated … END_OF_DOCUMENT_TOKEN_TO_BE_REPLACED

The long holiday for the kids is approaching. Smart parents are already making plans to engage their kids during the break. For some, travelling is on the list. While for others, a staycation or daycation at least once a week or bi-weekly is the plan. Read more about Did you know? If you do take … END_OF_DOCUMENT_TOKEN_TO_BE_REPLACED