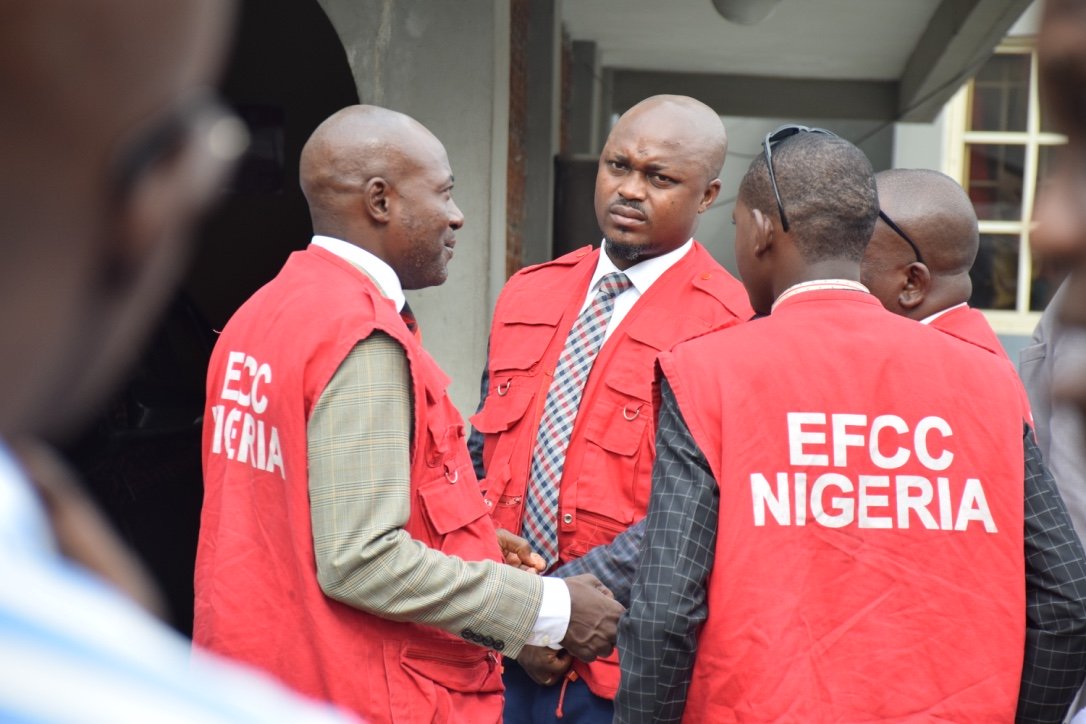 The Economic and Financial Crimes Commission (EFCC) has been in the news again of late with the flurry of successful arrests being made of suspected money launderers and heist kingpins. Ordinarily, it is an applaudable move that the agency tasked with the duty of apprehending and prosecuting suspects in the financial sector is seen waging its own war against corruption. But has the fight against financial corruption really been holistic and non-selective enough to deserve the full commendation of the Nigerian public?

Recent developments in that regard show that the EFCC may be toeing the same path which some former EFCC chairmen pursued. In the days of Mallam Nuhu Ribadu, the EFCC Chair during the presidency of Chief Olusegun Obasanjo, a lot of people complained that Obasanjo only made sure his political opponents were being hunted down and disgraced by the EFCC. Many even named the EFCC the government’s Attack Dog. The public persona which Ribadu himself assumed in that era gave the EFCC a somewhat legendary status despite its perceived selectiveness still.

Fast forward to the times of the current EFCC chair, Ibrahim Magu; though the acting chairman of the agency assumed more of a behind-the-scenes mover and shaker, the high profile cases the agency under him has been prosecuting are both a mix of controversial and applaudable. The more intriguing matter, however, is the suspected cases of financial crime which the Ibrahim Magu-led agency has seemingly refused to pursue despite enough evidence supporting the premise, accompanied by public outcry to that effect.

Read more about politics in Nigeria

During the 2019 General Elections, spy cameras got snapshots of a bullion van supposedly laden with tonnes of cash entering the Bourdillon residence of a  major party chieftain of the ruling All Progressives Party (APC), Asiwaju Bola Tinubu. Many Nigerians debated the event wondering the source of such funds requiring a bullion van to convey. Even more, people did not allow the matter to be swept under the carpet as they continued to ogle and demand that the EFCC constitute an investigation into the untoward event.

Finally, the EFCC in November, through their very vocal media channels, gave an excuse that the bullion van incident was not investigated because no petition was ever received on it. In a matter of days, a petition duly signed by some Concerned Nigerians and activists such Segun Awosanya and Deji Adeyanju put up a proper petition and forwarded same to the EFCC headquarters. But when Magu was later asked about updates on the Tinubu petition, he reportedly avoided answering the question.

While it may be too early to ask for any updates on that petition, at the same time, if nothing is done about the petition, hardly will the people be surprised.

A lot of Nigerians have been so conditioned to the hapless system that they are ready to take whatever impunity they are served by stooges and henchmen of power brokers that they won’t be surprised by anybody slacking in their national duty anymore. It would seem that heavens will fall if the EFCC invites a high profile individual and political figure such as Tinubu to its office to give an explanation on what the bullion van matter really is. The EFCC takes pride in inviting other high profile figures to set records straight, so why not Tinubu? Are all animals not equal in our democracy after all?

Until Nigerians are ready to do away with that level of take-it-as-it-is government of mediocrity, and unless they demand the same yardstick for every Nigerian found wanting, we may never arrive at that destination which the founders of the nation so keenly worked for.

This article was first published on 5th November 2019

A Permanent Voters Card is something that every Nigerian desires to have right now. The General Elections in 2023 are less than a year away. Read more about Politics Here’s something you should know: the Continuous Voter Registration activity was launched by the Independent National Electoral Commission (INEC) in June 2021. This registration exercise is … END_OF_DOCUMENT_TOKEN_TO_BE_REPLACED

Following the resignation of Boris Johnson as Prime Minister of the UK on 7 July 2022, 46-year-old Nigerian-born woman, Kemi Badenoch among seven otherrs has been tipped to succeed Boris as Prime Minister. Similarly, other nominees who received at least 20 nominations to become the UK Prime Minister include Suella Braverman, Jeremy Hunt, … END_OF_DOCUMENT_TOKEN_TO_BE_REPLACED

Peter Obi believes Baba-Ahmed is reputable for the position of a vice president if he wins in 2023. Read more about News After weeks of deliberation and consultations, Nigeria’s Labour Party on Friday, July 8, 2022, unveiled Senator Yusuf Datti Baba-Ahmed as the running mate of Peter Obi in the 2023 presidential election. The unveiling … END_OF_DOCUMENT_TOKEN_TO_BE_REPLACED