Did You Know: Nigeria’s Warmest City? 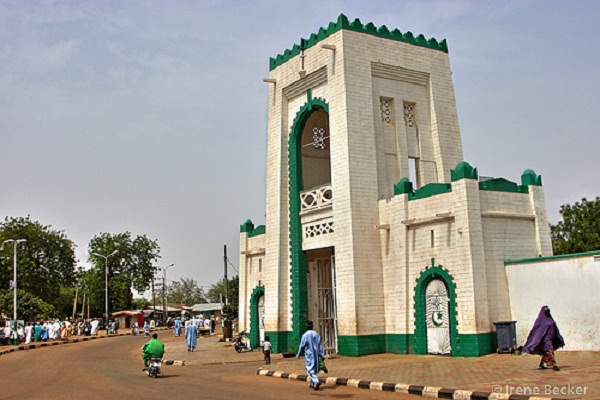 Nigeria has Thirty Six states and the Federal Capital Territory. Amazingly, each of these states have different atmospheric conditions and weather/climatic conditions. While it is known that the Jos Plateau is probably the coldest part of Nigeria, it is quite not so known where the hottest climatic condition is found in Nigeria. Without a doubt, anyone that has travelled round Nigeria can attest that some states are manifestly hotter than others, some are not necessarily hot but very humid; states like Benue, Niger, Kogi, Zamfara etc have a reputation for being humid, warm or hot. But do you know that the hottest or the state with the highest temperature in Nigeria is actually Sokoto state?

Sokoto state is a city located in the extreme northwest of Nigeria, near the confluence of the Sokoto River and the Rima River. Sokoto has a hot semi-arid climate. This is so because, it is located in the dry Sahel surrounded by sandy savannah and isolated hills. Because of its geographical location, Sokoto has an annual average temperature of 28.3 °C (82.9 °F) making it the hottest part of Nigeria. As a matter of fact, Sokoto is also one of the hottest cities in the world. In addition, it’s the maximum daytime temperatures are generally around/a little below 40 °C (104.0 °F) most of the year, and this coupled with the dryness makes the heat bearable.

There are two major seasons in Sokoto, namely dry and wet. The dry season starts from October, and lasts up to April in some parts and may extend to May or June in other parts. The harmattan, a dry, cold and fairly dusty wind is experienced in the state between November and February. Heat is more severe in the state in March and April. But the weather in the state is always cold in the morning and hot in the afternoons, save in peak harmattan period.

The wet season on the other hand begins in most parts of the state in May and lasts up to September, or October, with the rains lasting between June to September, with a daily occurrence of showers. This implies that the rain starts late and ends early with mean annual rainfall ranging between 500 mm and 1,300 mm.

The climatic and geographical conditions of Sokoto has served to influence the agriculture also. The presence of the rich alluvial soil allows for only a few crops to be cultivated. Crops such as millet (being the most abundant), maize, rice, other cereals, and beans. Notably, only very few vegetables thrive there alongside Tomatoes.

The name Sokoto, which is the modern/anglicised version of the local name, Sakkwato is of Arabic origin, representing suk, ‘market’. It is also known as Sakkwato, Birnin Shaihu da Bello (meaning, Sokoto, Capital of Shaihu and Bello). The name serves as both the name of the state and the capital of the state, and has a population of about 427,000 as of the 2006 population census report.

This article was first published on 6th February 2019

Cupcakes are mini cake perfections. They are delicious and portable. They are easy to bake and decorate. They even come in different flavours and are widely served at birthdays and weddings. Cupcakes are said to make everything better. Read more about Did You Know? So, today, we’ll be sharing fun facts about Cupcakes that you’d … END_OF_DOCUMENT_TOKEN_TO_BE_REPLACED

Today is all about the kitchen gadget, the Air fryer. For your information, the air fryer is a kitchen appliance that’s designed to circulate hot air and in some cases hot oil around food in order to cook it. So, what do you think of this gadget? Read more about Did you know? Have you … END_OF_DOCUMENT_TOKEN_TO_BE_REPLACED

We are in an election year, preparing for 2023 polls that will define the fate of the nation. Many people are hurrying to secure visas and passports, with plans to travel internationally, should things go sideways next year. Read more about Did you know? While they will tell you their travel plans are totally unrelated … END_OF_DOCUMENT_TOKEN_TO_BE_REPLACED

The long holiday for the kids is approaching. Smart parents are already making plans to engage their kids during the break. For some, travelling is on the list. While for others, a staycation or daycation at least once a week or bi-weekly is the plan. Read more about Did you know? If you do take … END_OF_DOCUMENT_TOKEN_TO_BE_REPLACED