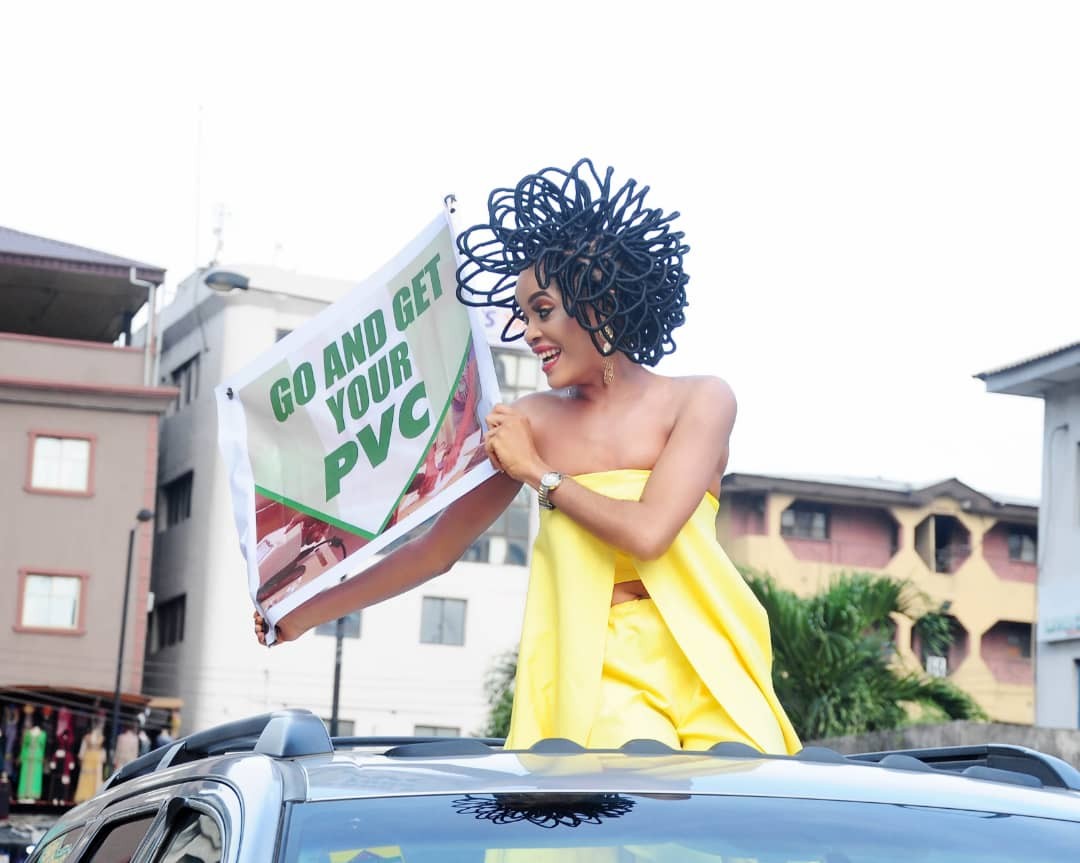 Since the voters’ registration commenced in the country, several notable celebrities have added their voice to the call for every eligible Nigerian to get registered. With the deadline for registration closing in, more celebrities, like Chika Lann, have joined the bandwagon.

The model took her campaign to Balogun Market in Lagos State where she was seen standing halfway up through the sunroof of an SUV sporting her signature hairstyle, and holding up a sign on which was written boldly, “Go get your PVC”. She practically shut down parts of the market through which she was driven as people turned up to catch a glimpse of her.

Lann told the crowd that the only way they can make their voices heard is through their votes, and they could not do that without their PVCs.

News about Chika Lann and her distinct looking threaded hair which she claimed to be worth 40 million naira went viral earlier in the year. The revelation left everyone gobsmacked, but Lann maintained that she loved to stand out, hence the choice of hairstyle. She had added that, although the amount might sound too big for some others, for her it is was what she called “saloon money”. 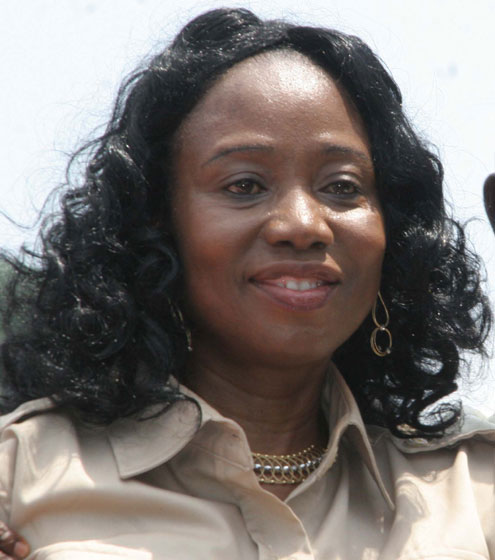 Referred to as the Strong Tower, Clara Oshiomole was a dependable pillar for her husband, Adams Oshiomole. They fought and won different battles on different fronts, as a labour activist and President of the Nigeria Labour Congress (NLC), for the well-being of the Nigerian worker and for the recovery of his electoral mandate as … END_OF_DOCUMENT_TOKEN_TO_BE_REPLACED 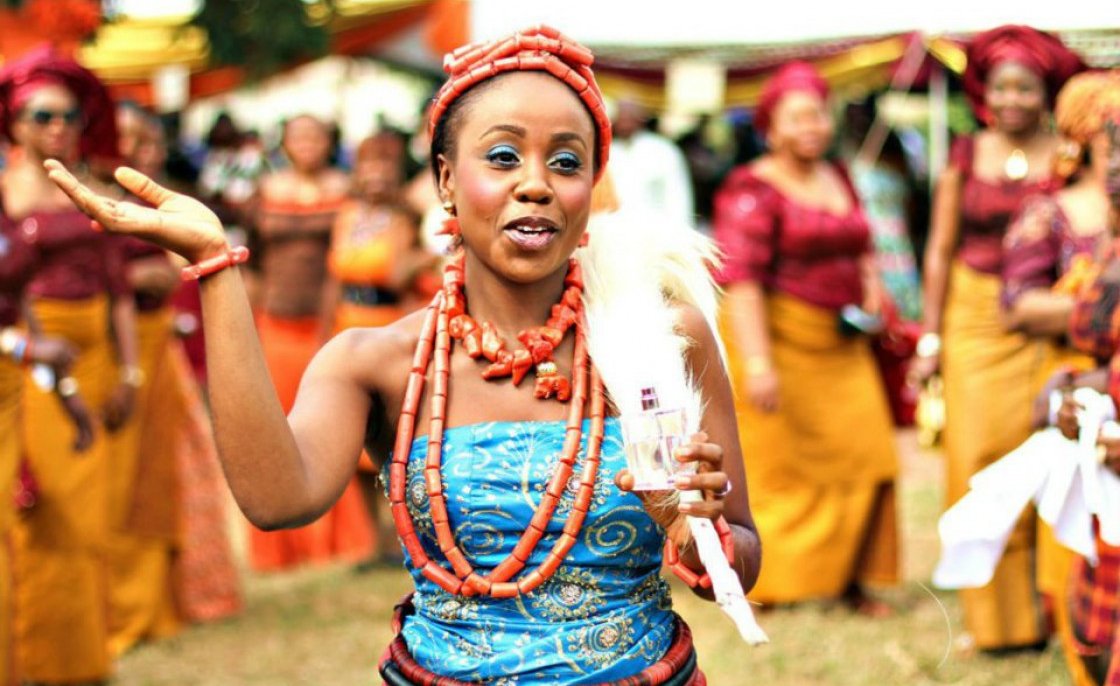 The Bahumono (Ehumono, Kohumono) people are an ethnic group in Nigeria located primarily in the Abi local government area of Cross River State and are the largest ethnic group in the region. Read more about Ethnic groups in Nigeria The Kohumono people live along the Cross River which is located in southsouthern Nigeria. It … END_OF_DOCUMENT_TOKEN_TO_BE_REPLACED 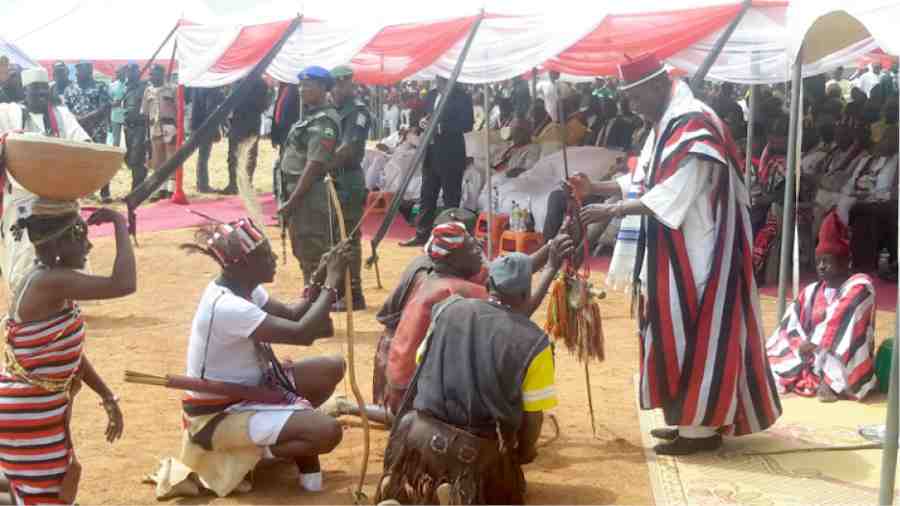 The Zaar or ‘Sayawa’ as they are called by their Hausa-Fulani neighbours are found in two Local Govt Areas of Bauchi State namely; Tafawa Balewa and Bogoro. The Zaar (Sayawa) speakers are the second largest ethnic group in Bauchi State. Read more about Ethnic groups in Nigeria Background/ Brief History The Sayawa are said … END_OF_DOCUMENT_TOKEN_TO_BE_REPLACED 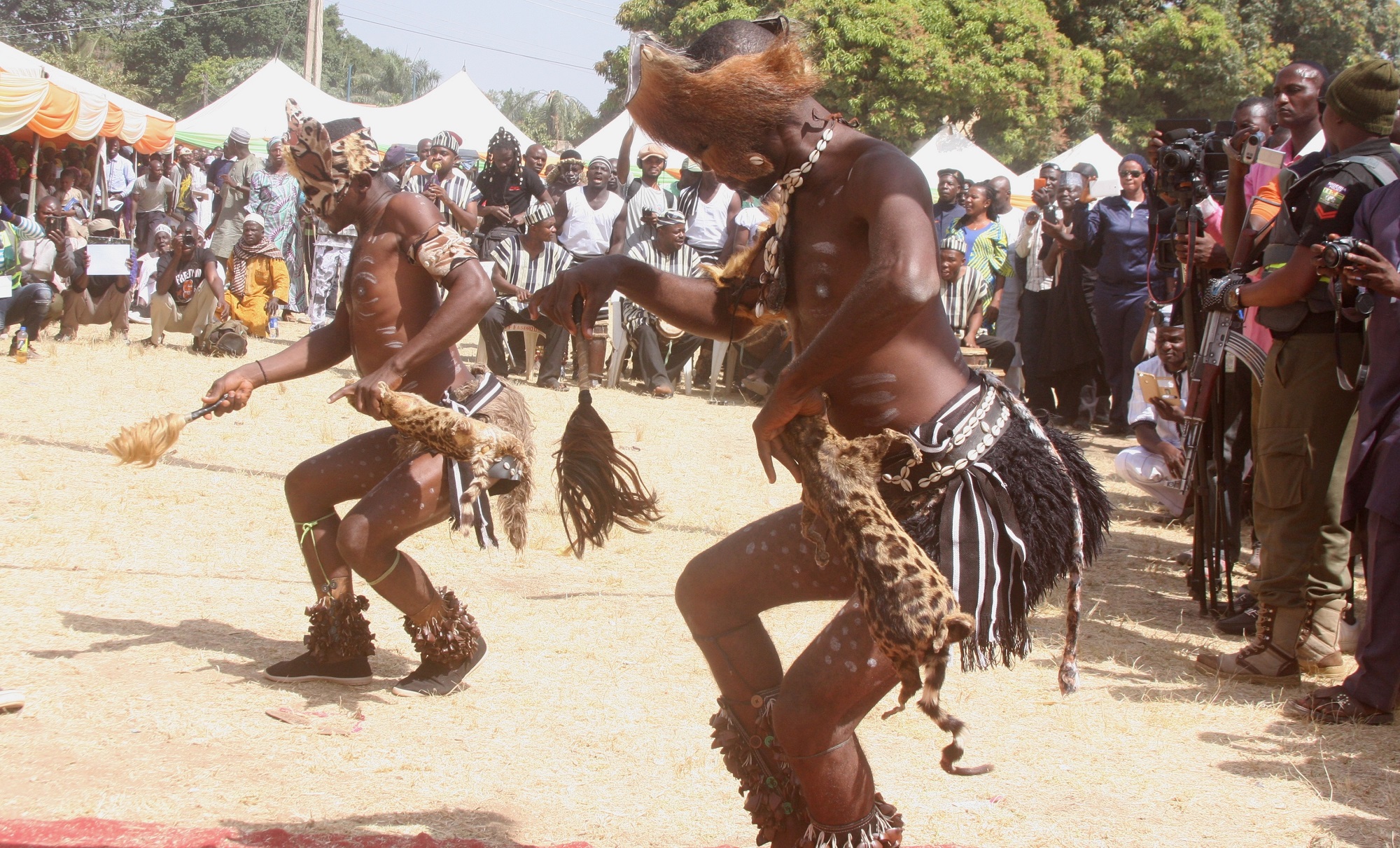 The Kagoro people can be found in modern-day Kaduna state. It is believed that their ancestors fled from the Plateau to escape war, moving to the Kagoro rock by way of Assop and Nimbio in the Plateau Province. At Nimbio their food supply was coco-yam, acha (Digitaria Exilis), red sorrel, and inferior yam. Read more … END_OF_DOCUMENT_TOKEN_TO_BE_REPLACED