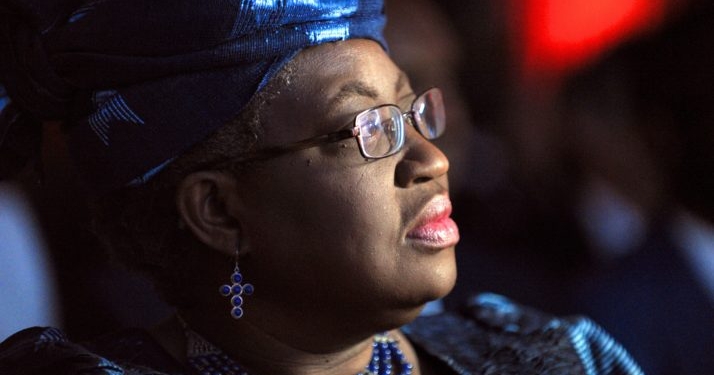 As usual, it has been an eventful week o social media. Social media, especially Twitter, is like the cultural Igbo village square where all issues concerning society are discussed without taking any prisoners. The social media space has no place for preferential treatment. You up on the trend list because you are being praised for an amazing feat today and tomorrow, you are being dragged like a tiger generator.

This week on social media roundup, Twitter especially has seen a whole lot of issues put forth on the deliberation table and we will be looking at a few of them.

Former Nigerian Finance Minister, Dr Ngozi Okonjo-Iweala was on Monday 15th February 2021 confirmed as the new Secretary-General of the World Trade Organisation. She beat off competition from South Korea’s Myung Yoo-hee, who dropped out from the race, seeing that she no longer stood a chance against Okonjo Iweala.

Dr Okonjo-Iweala becomes the first African and the first woman to hold the position.

BREAKING: Ngozi Okonjo-Iweala from Nigeria is appointed as the next WTO Director-General.

Dr. Okonjo-Iweala makes history as the first woman and the first African to lead the WTO.

It is done! Thank you @WTO members for finalizing my election today and making history. In the 73 years of GATT and WTO, honored to be First Woman and First African to lead. But now the real work begins. Ready to tackle the challenges of WTO. Forget Business as usual! pic.twitter.com/apnAalHWf5

Congratulations @NOIweala on your appointment. I am grateful for our discussion today. We share the goal of an ambitious reform of the @WTO to better regulate trade, make it work for all and reconcile it with our environmental agenda. Things are moving! Let's work together.

In the spirit of Dr Ngozi Okonjo-Iweala’s achievement, a Twitter user, @honilatte started the #BeLikeNgoziChallenge. Those who were happy with her achievement joined the trend, dressing in Okonjo-Iweala’s trademark ankara. Young girls who aspire to be like her also participated in the challenge. In a very funny turn of events, the men were not left out.

Rinu Oduala, a renowned activist, who came to the limelight in the wake of the #EndSARS protests all around Nigeria was, yet again, on the trend list. Apparently, she has been recognised by the United Nations as an ambassador for Peace, Dignity, and Equality on a healthy planet. She tweeted:

I woke up being a face on @UN for peace, dignity and equality on a healthy planet.

At a time when Nigerian youths are at their lowest, struggling to make their voices heard & respected, this is really warming. pic.twitter.com/g5sAUgjMDc

The fearless Rinu, who succeeded in putting the Federal Government of Nigeria on its toes through her instrumental participation in the #EndSARS movement, recently stepped down from the Lagos state judicial panel as a result of the vote in favour of opening the Lekki Toll Gate.

Congratulations Rinu, you are an inspiration to young women in Africa.

Guess who is the face on @UN website for peace, dignity and equality on a healthy planet.

ALL the things that are totally absent in Nigeria and young people have been terribly denied of.

Congratulations rinu, @SavvyRinu , I’m happy for everything you been able to achieve in the last couple of months and how fearless you have been in speaking out against all odds. You have done well and deserve all the good things coming your way??✊?

On Thursday, 18th of February 2021, reports and videos of the Nigerian Military flying over Orlu, Imo state filled the social media space. The events of Thursday was so horrifying and increased the already heightened tension in Nigeria. Nigerians on social media were left confused as to why such military presence of war proportion should be seen in a heavy civilian population.

Nigerian army left the messy insecurity in the country to go and fight ESN. Nigeria it is unfortunate you ended up with this doomed government. Speechless #OrluAirAttack pic.twitter.com/h83ImrCvPC

The Nigerian government will go to any length to protect the terrorising fulani herdsmen at the expense of innocent lives in Orlu. The airstrikes in Orlu today is a fragrant disregard of human lives and properties.
Stop killing my people in Orlu ? #OrluAirAttack #OrluMassacre

Minister of Defence Maj Gen. Magashi (rtd) telling locals to stay and fight back when "bandits" attack their communities.
pic.twitter.com/WEL73lI1IM

Nigerian Minister of Defence, Bashir Salihi Magashi made an outrageous comment about defenceless civilians all over the Nation who have had their livelihoods destroyed as a result of the increasing insecurity in Nigeria. He suggested that Nigerians are cowards and incapable of defending themselves against armed bandits. Trust Nigerians to react in obvious and traditional disappointment.

When a serving minister of DEFENCE who has 24-hrs protection by loads of ARMED officers calls poor unarmed citizens COWARDS for not fighting ARMED bandits, you know there is trouble. #ITweetInPeace?????‍♂️

Just to show to @MBuhari’s Minister of Defence and cabal members that we #Nigerians are not cowards. Let’s #occupyNigeria massively soon! Get ready! Retweet if you love the idea!

The Minister of Defence said Nigerians should defend themselves against bandits. Yet same man is against the ownership of guns by private citizens.

So pls how do we defend ourselves?
With bread knife and korkor shoe?

The Minister of Defence on