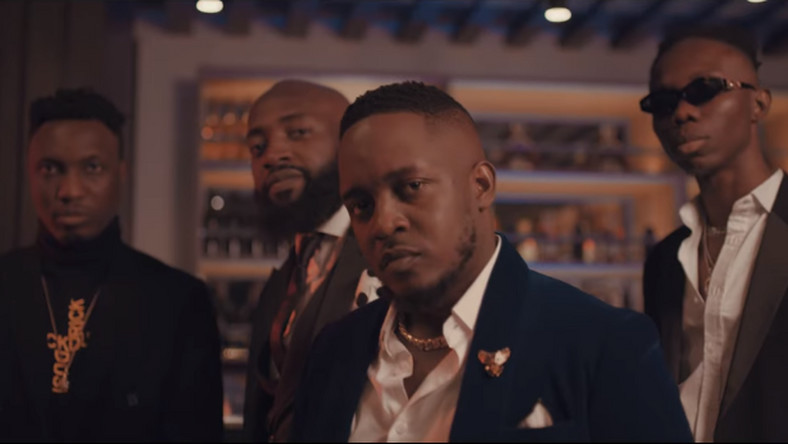 Burna Boy Refunds Fans Money For Not Dancing During His Show

This week, Afrofusion star Burna Boy, shocked fans when he stopped midway during a performance to berate a fan for not dancing. He went on to refund the man’s money and asked security to escort him out of the show. However, he reportedly later apologized to the fan and asked him to dance with him on stage.

Many fans have reacted to the singer’s behavior with some criticizing him and others applauding him for “getting rid of negative vibes”.

Just a few weeks ago, Davido baffled his fans when pictures of what appeared to be an engagement ceremony between him and his girlfriend, Chioma surfaced online.

This week, however, it seemed the singer has taken things a step further. He posted another video online in which he appeared to be proposing to Chioma. The video, which has since gone viral, had the caption: “She said yes”.

Here is what fans had to say:

MI Abaga in collaboration with his crew members (M.I Abaga, Blaqbonez, A-Q, Loose Kaynon) has released the sequel to the rap song, Martell Cypher. The new song, which is titled Martell Cypher II, has sparked reaction from rap fans around the country. To many of them, this new version of Martell Cypher is a hit and even better than the last one.

Here is what they had to say: