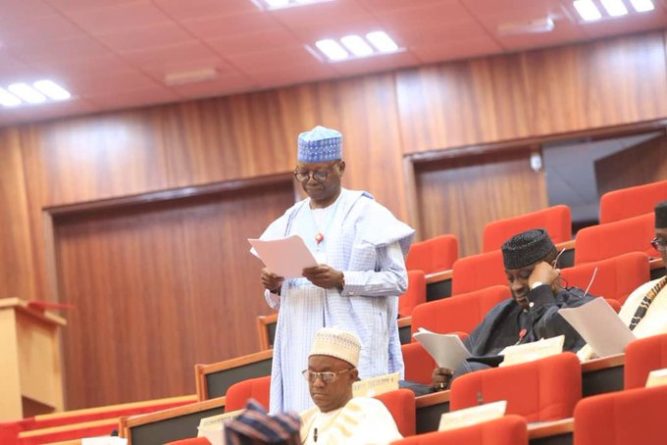 Since the internet became a major part of the turn of millennium and 21st-century innovations, social media has gained popular acceptance among people around the world who used to rely on landlines, emails and/or letters for long-distance communication.

Fast forward to 2019, there is now at least 30.9 million Facebook, Twitter and Instagram users combined in Nigeria. Mark Zuckerberg, the CEO of Facebook was in Nigeria in August 2016 for a visit largely tilted towards growing the numbers of Facebook subscribers in Nigeria. Early this month too, Jack Dorsey, Twitter’s CEO was in a joint tour of some African countries; making Nigeria his first stop. Jack even remarked tongue-in-cheek, there are not enough Twitter users yet in Nigeria. Jack could be right considering how low mobile/internet penetration is in the country.

But as social media is fast gaining on our culture, it has made an unprecedented foray into many areas of our lives. As literacy rate is picking up and more Nigerians are able to afford to own a smartphone, the numbers signing up for social media accounts is climbing too. And it is fast changing our politics, lifestyle, mode of work, and so on.

However, there have been concerns by some quarters within the government and political circles that social media is a waiting time bomb. They have consistently expressed reservations about the trend where social media is beginning to shape political thought – keeping Nigerians more aware of their government and society at large. Such proponents have been the engineers behind the renewed Social Media Bill being pushed in the Upper Chamber of the National Assembly.

On November 20, the Social Media Bill passed second reading on the Senate floor. The bill, which was sponsored by Mohammed Sani Musa, representing Niger East senatorial constituency, had only two members standing against it while three other people vehemently expressed support for it. Senator Chimaroke Nnamani from Enugu stood against the bill on moral grounds while another senator tested its veracity based on constitutional provisions of Freedom of Speech.

However, a peek at the bill, which has begun circulating on the same vilified social media, shows that clauses smartly buried within the bill will have those who flout it blaming themselves for it.

For instance, Section 3(1)(b)(vi) defines criticism of government as a false declaration of fact while other trivial actions such as campaigning for a political party and other offences including publishing a statement that will cause public outrage at a person, etc; will be considered to have fouled the law and be subject to either jail time or a huge fine. Similarly, the bill empowers law enforcement agencies to access blocking orders to Nigerian Communications Commission (NCC) to order internet service providers such as MTN to block internet access in the country at their discretion – without need for a court order. Basically, what the bill will ultimately achieve is to insulate the political class against all sort of public criticism or influence.

And with the speed with which the Senate is working on this bill, while other more nationally relevant and cogent bills are languishing in neglect, the bill may altogether become law before Nigerians who do not know better than to keep silent wake up from their deafening slumber.

So many government policies and even social cultures have been altered in the Nigerian demography alone with these social media platforms. Unfortunately, it has also been used many times for nefarious and evil purposes.

The bill – which has its next stages being a committee review and a public hearing after which it will be read a third time – if successfully passed, may forever muzzle freedom of expression. There is especially suspicion that the judicial arm of government may not be willing to believe the social media law infringes on the constitutional right of Nigerians.

In essence, if the real social media users who depend on their freedom of expression to execute their daily living and thoughts cannot deploy the same means to shut down this egregious bill, then social media may have failed its own first major test.

This article was first published on 22nd November 2019

Without good content, your business will be shaky. Whichever way you look at it, content is what drives any business. From your social media pages to your website and product packaging, content is everything! Sometimes, we see ourselves keep getting it wrong when it comes to creating quality content that can ensure brand awareness and … END_OF_DOCUMENT_TOKEN_TO_BE_REPLACED

Social media has become a force in the marketing space. To a great length, it helps drive traffic to a business website and often helps increase revenue in the long haul. Massive sales are recorded to have been a result of social media marketing. This goes a long way to say that social media is … END_OF_DOCUMENT_TOKEN_TO_BE_REPLACED

Much more than ever, social media has become a useful tool for individuals and businesses to showcase themselves to the world. There is little you can do with physical branding, and with the post-pandemic era where more activities are carried out online, social media branding is the in thing. To be able to brand … END_OF_DOCUMENT_TOKEN_TO_BE_REPLACED

A Permanent Voters Card is something that every Nigerian desires to have right now. The General Elections in 2023 are less than a year away. Read more about Politics Here’s something you should know: the Continuous Voter Registration activity was launched by the Independent National Electoral Commission (INEC) in June 2021. This registration exercise is … END_OF_DOCUMENT_TOKEN_TO_BE_REPLACED