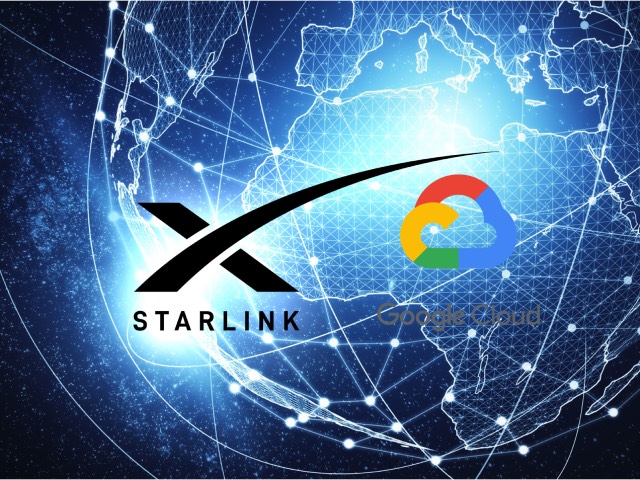 59
SHARES
ShareTweetWhatsappSave
Mail
Google had announced its deal to supply computing and networking resources to Elon Musk’s space development company, SpaceX. This is to help deliver internet service through its Starlink satellites. Read more about Tech SpaceX will install ground stations at Google data centres that connect to SpaceX’s  Starlink satellites, with an eye toward providing fast internet service to enterprises in the second half of this year. The deal represents a victory for Google as it works to take share from Amazon and Microsoft in the fast-growing cloud computing market says Tekedia. It’s also an unusual type of deal for Google — or any other cloud provider — as it relies heavily on Google’s internal network that connects data centres, rather than simply outsourcing functions like computing power or data storage to these data centres. SpaceX will install ground stations at Google data centres that connect to SpaceX’s Starlink satellites. This has a massive implication for telcos in Nigeria. First of all, it could begin disintermediation if datacentres’ traffic suddenly goes satellite, denying them major revenue, because it’s combining cloud with universal secure connectivity. It’s a very powerful combination because there is no need for cell towers: customers’ devices will communicate to satellites, and then the satellites will link up to Google data centres. According to Ndubuisi Ekekwe, ‘Yes, MTN, Glo and Airtel may have to watch if what they did to CDMA could happen to them via satellite-based broadband.’ Sign up to the Connect Nigeria daily newsletter He stated that, ‘I expected SpaceX to offer a new level of competition against terrestrial players like MTN, Glo and Airtel in Nigeria. Satellite-based broadband is a product displacement threat and companies like MTN would see massive threats in coming years from satellite providers. But one thing is certain, customers will rejoice because quality will improve and cost will drop’ he concluded. This will lead to a new age of connectivity that will give rise to digital innovation and the utilization of electronic data interchange, which is modern technologies that are aiding human operations and activities. These technologies include Internet-of-Things (IoT), Artificial Intelligence) AI), 3D Printing and Electronic Data Interchange (EDI), and advancement in rural economies in Africa due to our challenging rural connectivity issues. As this happens, for customers, the future looks amazing because quality will improve even as price drops. If you look at this critically, the world’s leading cloud computing providers have major satellite plans. And if they execute as they plan, from datacentres to datacentres, GSM providers like MTN, Glo and Airtel will struggle. Featured Image Source: Cyprus Shipping News Got a suggestion? Contact us: editor@connectnigeria.com

This article was first published on 22nd May 2021

The E-Commerce sector in Africa is growing rapidly with Nigeria’s social commerce market estimated to reach US$23.8 billion by 2028. This is why some startups are now delving into the sector to get a piece of the action. Recently a former payments company( Abeg) rebranded to a Pocket app to power both payments and online … END_OF_DOCUMENT_TOKEN_TO_BE_REPLACED

Technology helps make your business more efficient. It also enables you to engage with your customers and promote your business. Another thing it helps you do is to attract new customers, serve them and retain them. Many tech-driven solutions are available to help you attract new customers. However, there are some factors to consider before … END_OF_DOCUMENT_TOKEN_TO_BE_REPLACED

MAX.ng is one of the leading mobility players in the Nigerian and African mobility tech space. Since its inception, it has strived to combine its resources towards moving people and goods within Africa easily, efficiently and safely. But not without some challenges. First was the Lagos okada ban in the first quarter of 2020. Followed by … END_OF_DOCUMENT_TOKEN_TO_BE_REPLACED

An online community is a group of people who share a common interest or purpose and communicates via the Internet. Online communities are similar to those groups people belong to such as age grades, trade unions, and village groups except that it is not physical. Often, you can find some of these groups planning events … END_OF_DOCUMENT_TOKEN_TO_BE_REPLACED