What Nigerians Think About ‘Killing’ NNPC 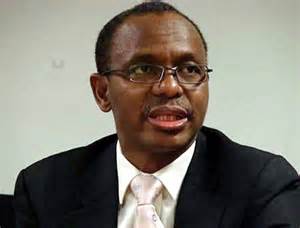 25
SHARES
ShareTweetWhatsappSave
Mail
Kaduna State Governor, Nasir El-Rufai has said that Nigeria needs to “kill” its oil company, the Nigerian National Petroleum Corporation, NNPC, which he considers corrupt, in order for the country to survive and progress, Premium Times reports. This was stated publicly on Monday, at the 7th Wole Soyinka Centre Media Lecture Series in Abuja, where he was a guest speaker. “If you don’t kill the NNPC, it will kill Nigeria,” Mr. El-Rufai said. In addition, he stated that the government must destroy the company and create a new one because of how entrenched in corruption it is. He also mentioned his hopes of President Buhari implementing this proposal. Excerpts from Mr. El-Rufai’s statement:

“About N971bn was budgeted for subsidy payments in 2014 alone (more than twice that was eventually paid). You all recall how trillions of naira were paid out as oil subsidy in 2011, when only N254bn was appropriated. No one has been successfully prosecuted for this scam. Huge deficits in gas supply have ensured that the country’s thermal plants cannot produce power at optimal levels. “The long and short of the situation of our oil industry is best exemplified by the parallel government called the NNPC. In 2012, it sold N2.77tn of ‘domestic’ crude oil but paid only N1.66tn to the Federation Account. In 2013, it earned N2.66tn but paid N1.56tn to FAAC; in 2014, (it earned) N2.64tn, but remitted N1.44tn; while between January and May 2015, it earned N733.36bn and remitted only N473.2bn. “That means that the NNPC only remitted about 58 per cent of the monies earned between 2012 and the first half of 2015. A company with the audacity to retain 42 per cent of a country’s money has become a veritable parallel republic!”

Nigerians have expressed their opinions on this very controversial topic across cyberspace. We found these interesting tweets:

One of the easiest ways to make NNPC to become awesome is to review and pass the PIB. Why is this not a front burner? #NigeriaPIB

Elrufai calls for scrapping of NNPC,in my opinion,NNPC shouldn’t be the first on the list.

What do you think? Do you agree with El-Rufai or you have a contrary opinion? Share your thoughts below.

This article was first published on 14th July 2015

Ify Halim is a Writer and media enthusiast based in Lagos. She enjoys writing self-help/inspirational articles with published work in UYD Magazine, Edufrica, Our Stories Inc. and The Keele Concourse. She currently works at ConnectNigeria.com, Nigeria’s Information Portal. Follow her on Twitter @MissHalim or visit her online space at ifyhalim.wordpress.com

Following the resignation of Boris Johnson as Prime Minister of the UK on 7 July 2022, 46-year-old Nigerian-born woman, Kemi Badenoch among seven otherrs has been tipped to succeed Boris as Prime Minister. Similarly, other nominees who received at least 20 nominations to become the UK Prime Minister include Suella Braverman, Jeremy Hunt, … END_OF_DOCUMENT_TOKEN_TO_BE_REPLACED

The celebration is the biggest Islamic festival in Nigeria. Read more about News As part of celebrations marking the Eid-el-Kabir, the federal government has declared Monday, July 11 and Tuesday, July 12, 2022, as public holidays. This information was made public through a public statement from the Ministry of Interior and signed by the Permanent … END_OF_DOCUMENT_TOKEN_TO_BE_REPLACED

Tems has established a presence as one of the biggest Afrobeats stars in global music. She has collaborated with international acts such as Drake and Justin Bieber. Read more about News Superstar singer TemiladeOpeniyi, popularly known as Tems made history on Sunday, June 26, 2022, at the Microsoft Theatre, Los Angeles, USA after emerging the … END_OF_DOCUMENT_TOKEN_TO_BE_REPLACED

Nigerians have trooped to registration centres to partake in the exercise as they look towards deciding their future in 2023. Read more about Politics As Nigerians continue to partake in the Continuous Voter Registration (CVR) exercise, the Independent National Electoral Commission (INEC) has revealed that fresh registration hit 10,487,972 by 7:00 am on Monday, June … END_OF_DOCUMENT_TOKEN_TO_BE_REPLACED