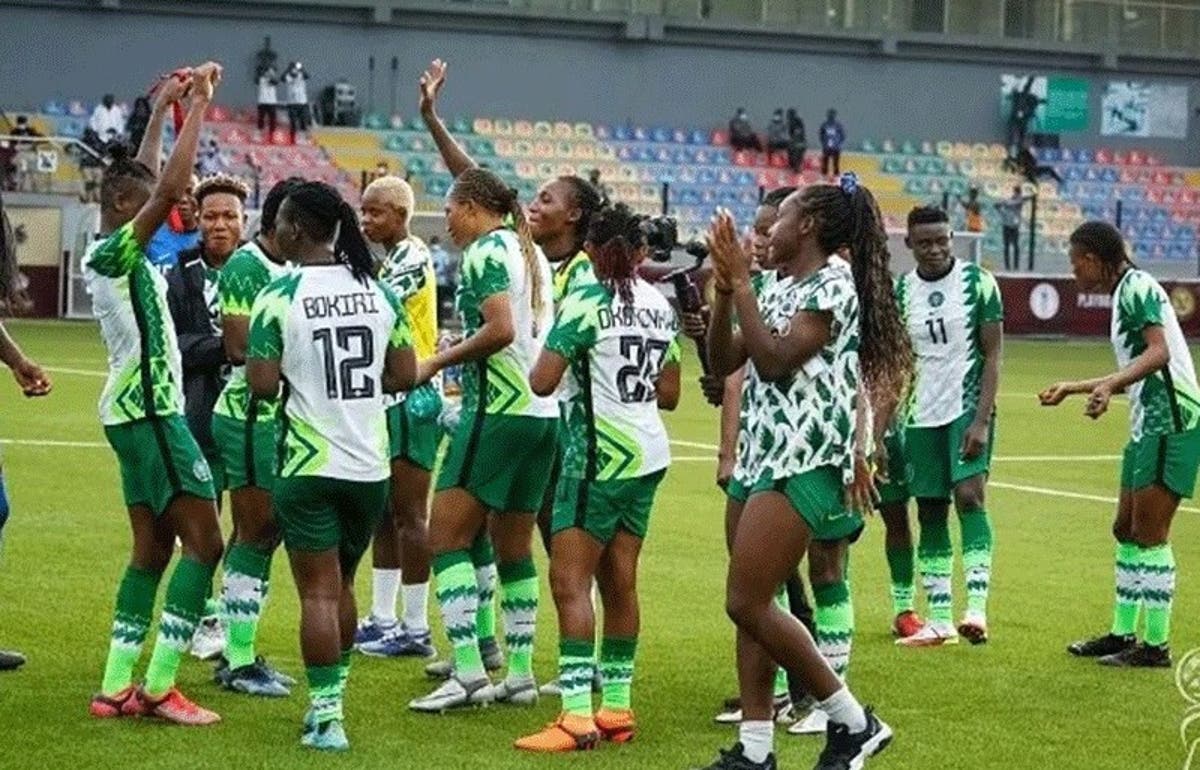 Nigerian national U-20 women’s football team, the Super Falconets, are one step away from qualifying for the 2022 FIFA U-20 Women’s World Cup in Costa Rica after an impressive 3-1 away win against Senegal in the first leg of the final round of qualifiers on Saturday, March 12, 2022. Flourish Sabastine’s hat-trick was all the Chris Danjuma tutored side needed to have the advantage going into the second leg in Nigeria.

Read more about Sports Super Eagles of Nigeria striker Victor Osimhen, returned to scoring ways on Sunday, March 13, 2022, as Napoli beat Verona 2-1 away from home to remain in the Italian SerieA title race. Osimhen scored both goals in the 14th and 71st minutes of the encounter.

In the Nigeria Professional Football League (NPFL), Rivers United maintained their unbeaten streak on Sunday, March 13, after a hard-fought away draw against Gombe United at the Pantami Stadium. The result saw the Stanley Eguma led side remain top of the league log with 39 points from 18 games, while Plateau United also held Enyimba to a 1-1 draw in Aba to remain second with 38 points.

Abia Warriors also recorded an away victory after a hard-fought 2-1 win over Lobi Stars in Makurdi. Valentine Odoh gifted the visitors the lead in the 54th minute, but Lobi responded with a Solomon Kwambe strike two minutes later. Odoh will score another goal with six minutes left to play to hand the Aba-based side all three points.

This article was first published on 14th March 2022

Nigeria occupies the 8th spot on the medals table. Nigeria’s medal haul in the ongoing 2022 Commonwealth Games in Birmingham, United Kingdom, increased to 13 on Thursday, August 4, 2022, after Team Nigeria added four medals. Three out of the four medals were won in Para Powerlifting while one medal came from Women’s Discus Throw. … END_OF_DOCUMENT_TOKEN_TO_BE_REPLACED

The Spanish-based stars were outstanding in Nigeria’s campaign at the continental showpiece. Read more about Sports Nigerian national women’s football team stars, Rasheedat Ajibade and Osinachi Ohale, have been named in the 2022 Women’s Africa Cup of Nations (WAFCON) Best XI. The duo was instrumental to Nigeria’s campaign at the tournament which saw them qualify … END_OF_DOCUMENT_TOKEN_TO_BE_REPLACED

In the space of one week, four Nigerian women have achieved feats that brought some form of respite to the nation in the midst of a tension-ridden political climate. Read more about Sports Asisat Oshoala set the ball rolling on the 21st of June, 2021 when she won the African Player of the year; her … END_OF_DOCUMENT_TOKEN_TO_BE_REPLACED