A Trip to Urhobo Tribe 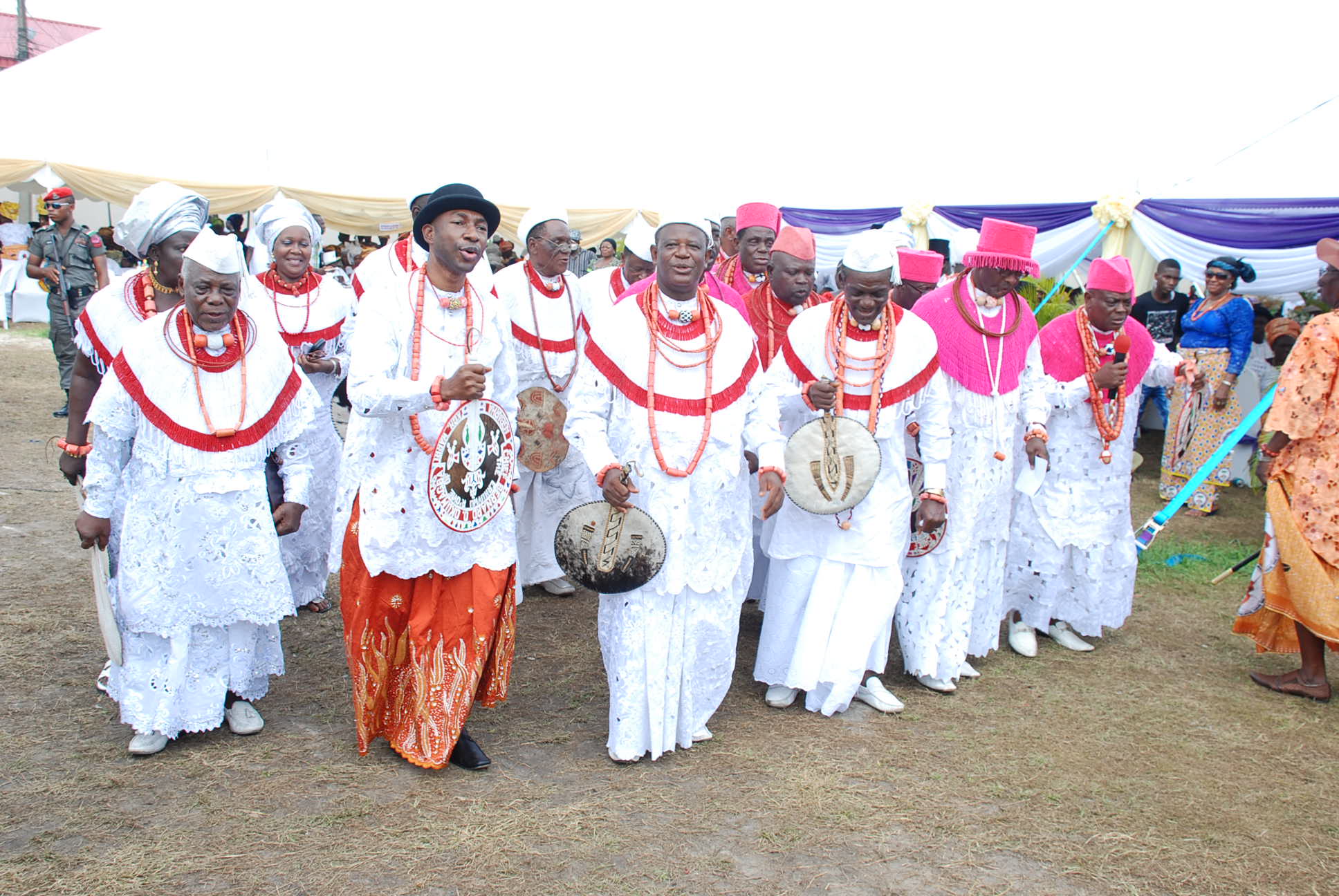 21
SHARES
ShareTweetWhatsappSave
Mail
The Urhobo tribe is the fifth largest ethnic group in Nigeria, with a population estimated at about two million people. They are located in Delta State of Nigeria and also occupy the southern portion of the Benin lowland. However, most of them live in Warri, Ethiope, Ughelli, Okpe, and Sapele Local Government Areas of Delta State.

The history of the Urhobo people is undocumented. It is mainly found in oral tradition. However the sub-groups of the Urhobo tribe do not make any reference to their ancestor when tracing their origin. Rather, they simply state that they know they are Urhobo. Nevertheless, the only trace to their origin is that they were once part of the present-day Edo territory where the Udo town and Benin Dynasty is currently located. It was only after Ogiso Dynasty that many Urhobo and Edo groups (most of them being princes) left Udo to settle at different places although some had left before the end of the same dynasty. Some of the groups that left are Esan, Ika (Agbor people), Etsako, Ora, and Ihoho.

There are four days in the Urhobo week. These days are called Edewo, Ediuro, Eduhre, and Edebi. These four days of the week regulate their activities such as market days, farm work, religious worship, festivals, and ceremonies. The Urhobo people believe that the spirits visit the farms on Edewo and Edurhe, therefore, no one goes to the farm on those days so as not to disturb the spirits. They are known as sacred days to ancestors, divinities and spirits. However, market days are held on those days whereas most traditional religious rituals are held on Edurhe. Unlike the days of the Urhobo week which are only four, the months of the year maintain the same number as the Gregorian calendar. Their months are namely: Ovuikpem Ava, Arha, Ane, Arhiori, Asa, Eghwre, Orianre, Urhiori, Ehwe, Ushovo, and Ururuowe respectively. Annual festivals are held in Asa, Eghwre, Orianre, and Urhiori, because farming activities are at their lowest.

Marriage among the Urhobo is interesting. On the morning of the traditional ceremony, the groom, his family and friends go to his bride’s parent’s house with the gift items that have been required of him such as kolanut, salt, drinks, wrappers, etc. after a formal approval has been given by the parents, the bride’s father pours out the gin (brought by the groom) as a way to ask his ancestors to shower all-round blessings on the couple. In the case whereby the marriage breaks, the bride price is refunded back to the groom by the bride’s family. The Urhobos believe that it is only the bride’s body that goes with her to her husband’s house while her spirit stays back at her father’s house. This is why her body is brought back to her father’s house in the case of death. They also believe that Erivwin is the reason wives are faithful to their husbands. Erivwin is a supernatural force that punishes a woman if she is found unfaithful to her husband.

‘Oghene’ (God) is believed to be the Supreme Being while there are other dities such as Edjo and Erhan. They believe some of these deities are personified attributes of Oghene himself. Oghene is worshipped with ‘orhen’ (white chalk). They believe that Oghene is an impartial judge so they report to him when they feel offended or violated by another. The Urhobos believe there are two aspects to man: the physical body (Ugboma) and the spiritual body (Erhi). After a man dies, they believe that his Erhi goes to join his ancestors. Hence, their burial rites are as such that prepare him for that re-union. Erivwin is, therefore, the cult of the ancestors and predecessors.

Two foods common among the Urhobos are Starch with Ogwho soup and Ukhodo (yam and unripe plantain dish). They are also known for Banga soup eaten with eba or starch.   References www.logbaby.com/encyclopedia/urhobo-people-and-cu_13057.html.#WurRPZko_qD

17 thoughts on “A Trip to Urhobo Tribe”

The history of Nigeria’s independence struggle has featured popular names like Dr. Nnamdi Azikiwe, Chief Obafemi Awolowo, and Sir Ahmadu Bello. Other notable names include Sir Tafawa Balewa, Dr. Michael Okpara and S.L. Ankintola and a host of others. However, there are unsung heroes of the Nigeria independence movement, the Zikist Movement. The Zikist … END_OF_DOCUMENT_TOKEN_TO_BE_REPLACED

Oba Oyekan I reigned as the Lagos Monarch from March 1885 to September 30, 1900. He ascended the throne about a month after the death of his father, Oba Dosunmu. Read more about Nigerians in history Prince Oyekan vs. Chief Apena Ajasa incident In 1883, Oba Dosunmu, Oyekan’s father called a meeting to heal … END_OF_DOCUMENT_TOKEN_TO_BE_REPLACED

Olowu was born in Lagos, Nigeria on 7 June 1924 to B. M. S. Olowu and R. A. Olowu (née Tinubu). He is the first grandson of Madam Tinubu and Saka Tinubu, part of a wealthy Yoruba family. He attended Saint Paul’s Primary School, Breadfruit Lagos wherein 1936 he began his sporting career and represented … END_OF_DOCUMENT_TOKEN_TO_BE_REPLACED