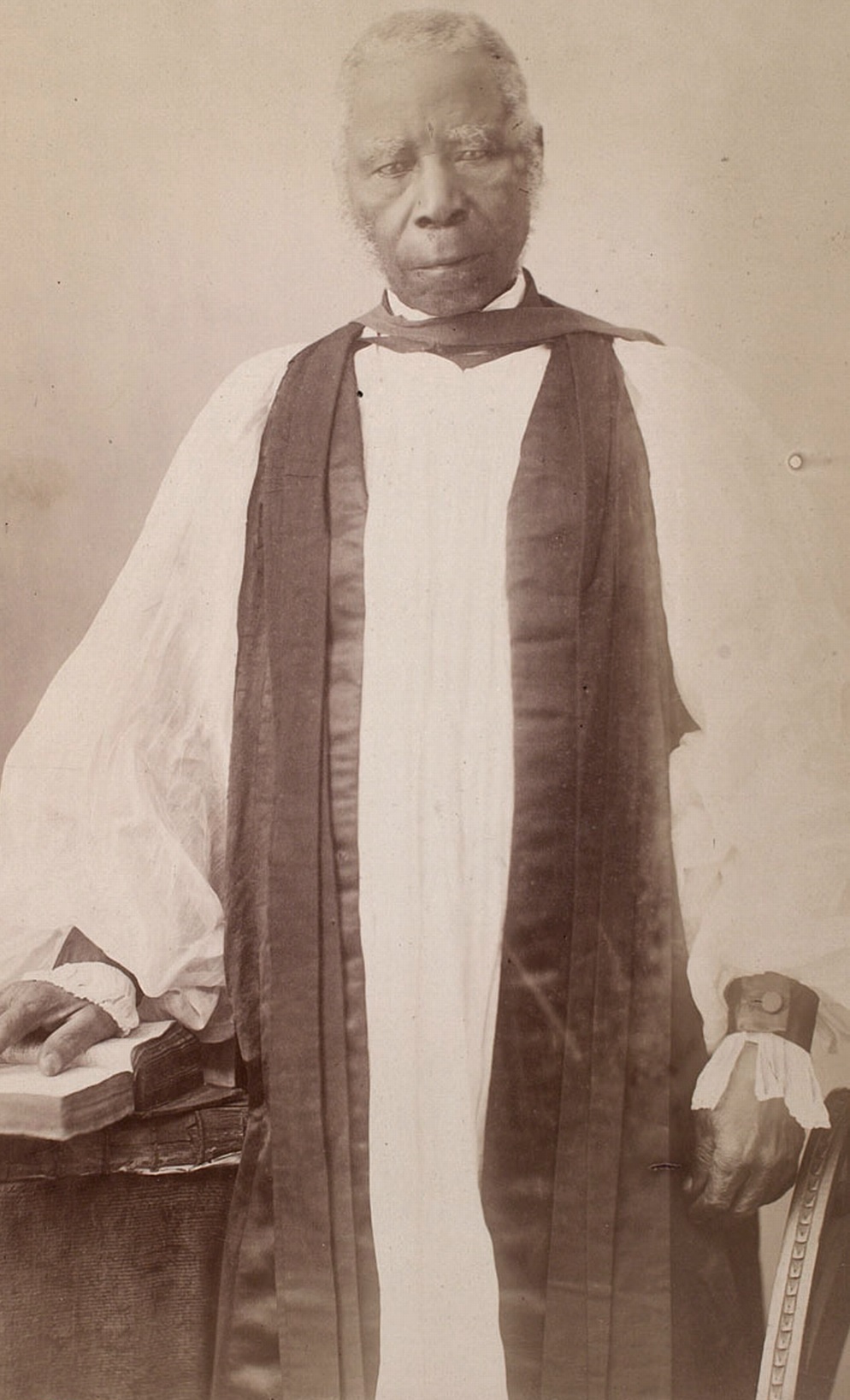 Samuel Ajayi Crowther was born in about 1809 to a family of kingly heritage in South-Western Nigeria. Due to the incessant wars of conquests spanning across northern and southern Nigeria in the early 19th century, Fulani slave raiders captured Crowther with his family in 1821 and sold them to Portuguese slave traders when he was twelve.

But because the slave trade and the trafficking of Africans had already been outlawed 1807, Crowther and his family got rescued from the slave merchants by a British Royal Navy ship under the command of Captain Henry Leeke. Subsequently, they took refuge in Freetown, the capital city of Sierra Leone – where they were resettled by local authorities.

It was while in Sierra Leone that Crowther got admitted as the first student at Fourah Bay College where he is studied languages and other classical curricula to become an Anglican priest.

Crowther chose or was rather sent to Nigeria as a young missionary with enough knowledge and zeal for the spreading Christianity within the West African region and provide a better background for initiatives by the British Crown. Supported and accompanied by Henry Townsend, he later began with a mission in Abeokuta, Ogun State, in 1843.

As the first African bishop of the Anglican Church consecrated in 1864 by Charles Longley, Archbishop of Canterbury at Canterbury Cathedral, on St Peter’s day, Crowther still continued to study. His scholasticism would later earn him the degree of Doctor of Divinity from the University of Oxford.

However, Ajayi Crowther’s footprints in Nigeria would eventually span more than the missionary confines dictated. Aside from helping to translate the Holy Scriptures into Yoruba, Igbo, Nupe and a few other Nigerian languages, he used the opportunity to also develop a lexicon and book of grammar for the languages.

By 1852, Crowther had published a Yoruba version of the Anglican Book of Common Prayer, a Vocabulary of the Yoruba Language, a large number of local proverbs in local languages, in London. And between 1854 and 1857, following an expedition across the Niger, while being assisted by a young Igbo interpreter named Simon Jonas, Crowther had already produced a primer for the Igbo language. By 1860, a primer for the Nupe language was ready while a full grammar and vocabulary of Nupe got published in London in 1864. The daring work he did for setting the foundation for a linguistic approach by codifying Nigerian languages would remain indelible even many years after his death.

When Thomas Babington Macaulay, the father of Herbert Macaulay – founder of nationalism in Nigeria – married one of Ajayi Crowther’s daughters, Abigail, little did he know they would be having a son who will later partake prominently in the founding of a free Nigeria. Crowther also had a son named Dandeson Coates, who became the Archdeacon of the Niger Delta in his own rights.

Not a stranger to travelling and exploration, Crowther and his son, Dandeson, also sometimes jointly explored the hinterlands of Africa. They reached as far as the Island of Madeira, in the Atlantic Ocean west of Morocco – where they attended a conference in March 1881.

Crowther also made significant effort in bringing together the parties that signed and ratified the peace accord that ended the Yoruba civil war which raged until the late 19th century. If Crowther had not returned to his native country – Nigeria – he may not have been renowned for the impact he made here.

Crowther died on December 31, 1891. And he is still being celebrated with a feast by the Episcopal Church (United States) and the Church of Nigeria every December 31, on the liturgical calendar of those Anglican churches.

Samuel Ajayi Crowther will continue to be remembered as one of those icons who did not blindly aid the British colonisation of Africa through the religion; but because he wanted to fight for the peaceful co-existence of his people and Nigerians at large – because he wanted  to save and preserve the values and the rich history of his native land.

This article was first published on 21st November 2019

Muhammad Rumfa was a Sultan of the Sultanate of Kano, located in modern-day Kano State, Northern Nigeria. He reigned from 1463 until 1499.  Rumfa was the son of Yakubu, the nineteenth ruler of Kano and his mother, Fasima Berana. Rumfa succeeded his father in 1463. His reign was characterized by unprecedented economic growth, numerous administrative … END_OF_DOCUMENT_TOKEN_TO_BE_REPLACED

Babban Zaki also known as Jan Rano was a Sultan of Kano who reigned from 1768-1776. One of the most significant rulers of the House of Kutumbi, he solved the puzzle of Kano’s complex structure and provided the blueprint for its successful administration which would survive even after the fall of the Kutumbawa. Read … END_OF_DOCUMENT_TOKEN_TO_BE_REPLACED

The history of Nigeria’s independence struggle has featured popular names like Dr. Nnamdi Azikiwe, Chief Obafemi Awolowo, and Sir Ahmadu Bello. Other notable names include Sir Tafawa Balewa, Dr. Michael Okpara and S.L. Ankintola and a host of others. However, there are unsung heroes of the Nigeria independence movement, the Zikist Movement. The Zikist … END_OF_DOCUMENT_TOKEN_TO_BE_REPLACED 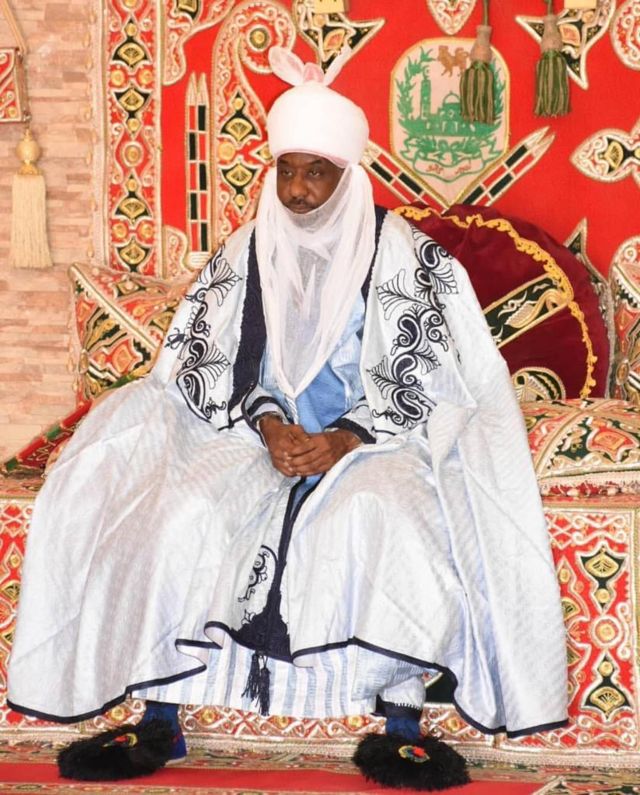 Abdullahi Dan Kanajeji, known as Abdullahi Burja, was the sixteenth ruler of Kano. Through forging powerful alliances and the creation of trade routes, Burja shifted the identity of the Kano Sultanate towards trade and commerce, which Kano and the Kano people are known for today. Read more about Discover Nigeria He was the first … END_OF_DOCUMENT_TOKEN_TO_BE_REPLACED