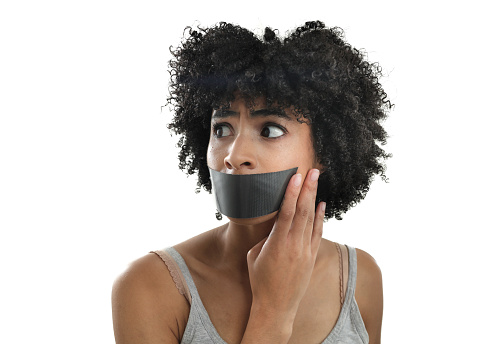 The past few days have been filled with suspense, since the Nigerian Senate revamped proceedings about a previously abandoned Social Media Bill and a similarly egregious Hate Speech Bill.

The Social Media bill titled “Protection from Internet Falsehood and Manipulations Bill, 2019”, sponsored by Mohammed Sani Musa, a member of the ruling All Progressives Congress (APC) representing Niger East Senatorial District, passed the first reading on the floor of the Senate in the past week.

Similarly, the Hate Speech Bill, officially named The National Commission for the Prohibition of Hate Speech Bill, was sponsored by the deputy chief whip, Aliyu Abdullahi and it passed the first reading on the floor on.

The Hate Speech bill, titled “National Commission for the Prohibition of Hate Speech Bill”, proposes that “any person who uses, publishes, presents, produces, plays, provides, distributes and/or directs the performance of any material, written and or visual which is threatening, abusive or insulting or involves the use of threatening, abusive or insulting words or behaviour commits an offence if such person intends thereby to stir up ethnic hatred, or having regard to all the circumstances, ethnic hatred is likely to be stirred up against any person or person from such an ethnic group in Nigeria.”

The various offences which the Hate Speech bill encapsulates proposes a variation of 5/10 years imprisonment, a fine of N10 million or even death by hanging. The bill also seeks the establishment of a National Commission for the Prohibition of Hate Speech to help investigate and prosecute offenders.

The previous bills which toed the line of these two were debated during the 8th Assembly but were eventually dropped for their controversial nature and especially when President Muhammadu Buhari dissociated himself from the bill. He is yet to distance himself from the current proposed bills.

Fundamentally, these bills which some have surmised to be introduced to the floor of the Senate in strategic timing contravenes the provisions of the Constitution of the Federal Republic of Nigeria which protects the rights to unhindered speech, expression and association of Nigerians.

While there have also been calls for the regulation of Social Media as well as laws ensuring that Hate speech by any individual engaging in it is generally punished by the law, these news bills being proposed by the legislators have been called ‘unnecessary’ by analysts, opposition and the general public. If anything, the bills were smartly designed and worded to ultimately prevent Free Speech by parties who have the powers to deploy it at full force against their political opponents and enemies.

Notable officials of the Buhari government such as the Minister of Information and Culture, Lai Mohammed, and Kaduna State Governor, Nasir El-Rufai, have at one time or another revealed that the social media space in Nigeria will be regulated.

It is no coincidence also that these two controversial bills were sponsored by members representing the ruling APC. Whereas, the APC largely coasted to victory at both the executive and legislative levels in 2015 largely due to the influence which social media had as a medium in political discourse starting from then. Choking Freedom of Speech, after it has been exploited, now appears to be the most coveted political gambit of obstinate politicians.

If Nigerians keep silent now, these bills allowed to smoothly sail through, and be signed into law by the president, we may have finally traded off our last means of constructively criticizing despotic governments and an easier route to a strong Vox Populi.

Nevertheless, responsible usage of social media and dissemination of information (as against spreading fake news) is expected also of patriotic citizens who have the best of intentions for their country.

This article was first published on 15th November 2019

A Permanent Voters Card is something that every Nigerian desires to have right now. The General Elections in 2023 are less than a year away. Read more about Politics Here’s something you should know: the Continuous Voter Registration activity was launched by the Independent National Electoral Commission (INEC) in June 2021. This registration exercise is … END_OF_DOCUMENT_TOKEN_TO_BE_REPLACED

Following the resignation of Boris Johnson as Prime Minister of the UK on 7 July 2022, 46-year-old Nigerian-born woman, Kemi Badenoch among seven otherrs has been tipped to succeed Boris as Prime Minister. Similarly, other nominees who received at least 20 nominations to become the UK Prime Minister include Suella Braverman, Jeremy Hunt, … END_OF_DOCUMENT_TOKEN_TO_BE_REPLACED

Peter Obi believes Baba-Ahmed is reputable for the position of a vice president if he wins in 2023. Read more about News After weeks of deliberation and consultations, Nigeria’s Labour Party on Friday, July 8, 2022, unveiled Senator Yusuf Datti Baba-Ahmed as the running mate of Peter Obi in the 2023 presidential election. The unveiling … END_OF_DOCUMENT_TOKEN_TO_BE_REPLACED