Throw Back Thursday: A Brief History of ‘Unlooking’ 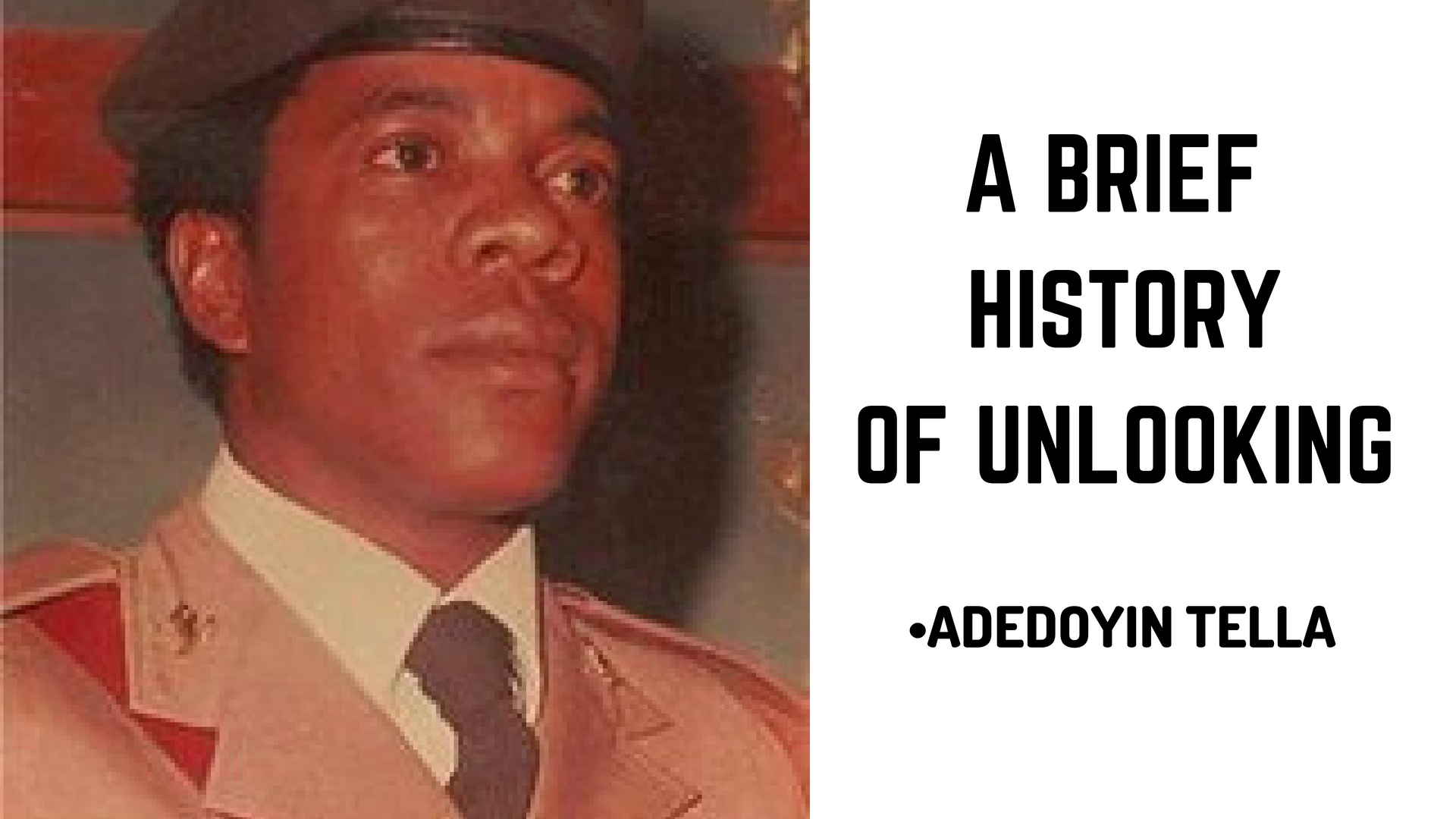 34
SHARES
ShareTweetWhatsappSave
Mail
Let us cast our minds briefly to a bright Saturday in December 1983 when a military coup was successfully undertaken on the last day of the year.

The country was roiled in shock at what could have been going on in the background before the New Year’s eve D-Day. The event cast a taming atmosphere over all activities of the New Year of 1984 and an atmosphere of gloom was experienced by the entire populace rather than the felicitations of the Great Expectations of a New Year. Yet Nigerians in their renowned resilience moved on under the heavy weight of the draconian rule where decree upon decree made living hell. Shehu Shagari had only been 3 months into a shaky start of a new term of office after an election which was wrought with allegations of electoral malpractices. This event also came on the heels of Major General Buhari ignoring orders not to invade Chad during the border dispute: it is no news that Maj. Gen. Buhari went as far breaching Chadian borders while pursuing enemies 50km into Chad. This was one of the symptoms of the Civilian-Military bad blood rife at the time – it eventually devolved into a coup d’etat in little time. It was not an entirely bloodless coup; Brigadier Ibrahim Bako, who was the officer saddled with the responsibility of arresting the then President Shehu Shagari, was gunned down by the Guards Brigade. Everything else went barely smoothly because the coup was well funded allegedly by the recent post-humous National Award honouree, late Chief M.K.O Abiola as well as owing to the passive or active support of other top military brass. Chief amongst these top military men wereMaj. Gen. Ibrahim Babangida, Maj. Gen. Muhammadu Buhari.

Results due to incompetence

It can also be suggested that the 1983 coup was partly bloodless due to the incompetence of the security adviser to President Shehu Shagari, Umaru Shinkafi, who was unable to filter out any coherent intelligence report of the planned activities, neither was he able to effectively distort the chain of tactical force which was to follow. A rather dramatic event, however, ensued about two weeks before the coup d’etat when Major General Muhammadu Buhari ordered the arrest of an officer who dutifully informed him of the underground workings of some aspects of the coup. Major Daniel Bamidele would later be executed for unlooking again when the infamous Vatsa Coup was hatching. As detailed by Max Siollun in his book Soldiers of Fortune, Major Bamidele said at his trial in the Tribunal:

“I heard of the 1983 coup planning, told my GOC General Buhari who detained me for two weeks in Lagos. Instead of a pat on the back, I received a stab. How then do you expect me to report this one? This trial marks the eclipse of my brilliant and unblemished career of 19 years.”

Casting our minds a little further back, we can recall the rather ‘famous’ role Muhammadu Buhari played in the 1975 coup d’etat of General Yakubu Gowon; his unlooking of suspicious vehicle detachments from under his watch as the then Acting Director of Transport and Supply at the Nigerian Army Corps of Supply and Transport Headquarters.

A suitable inference to draw from such history of unlooking gross things is evident even nowadays in the second coming of President Muhammadu Buhari in 2015. There has since been situations where corruption, impunity, violations, incompetence and inaction are being fostered and groomed for the polity to inherit by turning a deaf hear. Silence sometimes, they say, is as damning as outrightly endorsing injustice. This is a trend with vicious implications for the psyche of a populace where corruption is already so commonplace, to the extent that some regard corruption as inseparable from Nigerians. Inaction/unlooking has its dire consequences; it cost Major Daniel Bamidele his life, eventually while it has propped some to fester indefinitely in ‘power’. In both cases and more, let us be judge in this matter of how such tiny fragments of history, actively ignoring important things and encouraging inaction, shape our collective future and that of future generations.

This article was first published on 16th August 2018

243 thoughts on “Throw Back Thursday: A Brief History of ‘Unlooking’”

A Permanent Voters Card is something that every Nigerian desires to have right now. The General Elections in 2023 are less than a year away. Read more about Politics Here’s something you should know: the Continuous Voter Registration activity was launched by the Independent National Electoral Commission (INEC) in June 2021. This registration exercise is … END_OF_DOCUMENT_TOKEN_TO_BE_REPLACED

Following the resignation of Boris Johnson as Prime Minister of the UK on 7 July 2022, 46-year-old Nigerian-born woman, Kemi Badenoch among seven otherrs has been tipped to succeed Boris as Prime Minister. Similarly, other nominees who received at least 20 nominations to become the UK Prime Minister include Suella Braverman, Jeremy Hunt, … END_OF_DOCUMENT_TOKEN_TO_BE_REPLACED

Peter Obi believes Baba-Ahmed is reputable for the position of a vice president if he wins in 2023. Read more about News After weeks of deliberation and consultations, Nigeria’s Labour Party on Friday, July 8, 2022, unveiled Senator Yusuf Datti Baba-Ahmed as the running mate of Peter Obi in the 2023 presidential election. The unveiling … END_OF_DOCUMENT_TOKEN_TO_BE_REPLACED