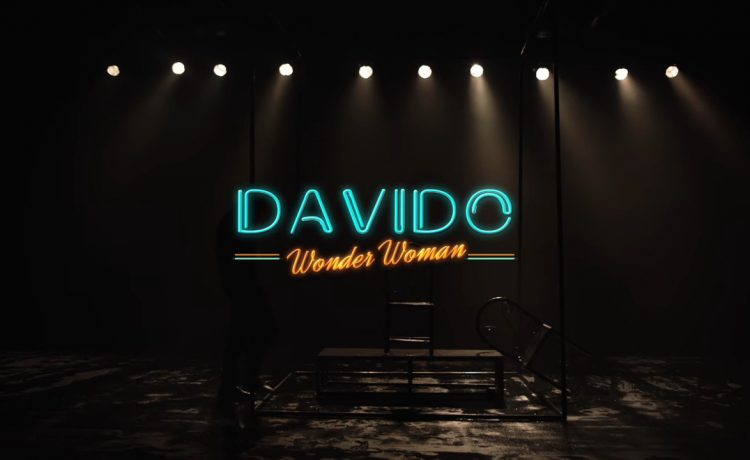 38
SHARES
ShareTweetWhatsappSave
Mail
Twitter Goes Wild After News Of Small Doctor’s Arrest On Monday, news broke the internet that Nigerian musician Small Doctor had been arrested for allegedly threatening a police officer with a firearm at a traffic store in Lagos. Trust Nigerians to have no chill as they immediately jumped on the Twitter bandwagon to address the news and an accompanying viral video which shows the moment he was arrested*. While some Nigerians found humour in the situation, others have condemned the star for his behavior.

Small Doctor had only one job, just one job,

Months before his Agege Concert Small Doctor a Police Brand Ambassador got arrested by the brand for carrying the most important weapon that is used by the brand dis nuh make sense but… pic.twitter.com/BveBDYSzWl — Enekem ? (@EnekemGreg) December 3, 2018

Could it be that Small doctor uses guns to kill mosquitoes? pic.twitter.com/DU1AfeGzq8

I am sure those policemen who arrested Small Doctor did not know Small Doctor is an ambassador to the Nigeria Police pic.twitter.com/rWGcqbqIQR

Small doctor has finally played the penalty to throw in ? pic.twitter.com/oI17TAzWeW

Small Doctor, is a Nigerian Police Ambassador was caught by the Police for unlawful possession of firearms and threatening a police officer.

An Act Of Kindness By Femi Otedola Last week, devastating news spread that Nollywood veteran actor, Victor Olaotan, was in need of financial assistance for a medical condition. The actor was involved in a ghastly motor accident back in 2016 which left his legs in a condition warranting amputation. Some celebrities, however, came to his rescue soliciting for funds for his treatment but it didn’t take long before Femi Otedola reached out to the ailing actor committing to foot all his medical bills. It is not every day we come across such acts of kindness. Here is how Nigerians reacted


Several years ago, I met this “young man” and we hit it off, we had a lot in common, including same interest in music and from time to time he would give me playlists of his “LATEST COLLECTIONS”. Then, during the shoot of The 3 Wise Men, we developed a stronger bond. Anyone who knows Victor will attest to the fact that he is the life of the party and he always brought it on and off set so imagine my shock when I got a call from Opa Williams informing me of the tragic accident and seeing him in this state has been horrific. It has been a hard road to travel especially for his wife and family. This is long over due but I am happy that a lot more people now have him in their prayers and I believe God that this will end in praise and Victor will be able to say thank you himself to everybody that has contributed or contributing to ensure his speedy recovery. For those of you who are more modern and understand the Go Fund Me app, the link is https://www.gofundme.com/uncle-victor-olaotandm But if you’re old school like me then please send your token to his wife’s account JULIA OLAOTAN 0001101396 STANBIC IBTC She has been an incredible woman for our friend and brother. #VictorOlaotan #GodCan #GodWill #TheEndIsPraise


2 years ago…my friend, colleague and tv husband, Victor Olaotan aka Fred Ade-Williams was involved in a ghastly motor accident that has left him bedridden ever since… The family has done all that can be done here and have been advised to seek further options outside these shores…. to this end I appeal to everyone who feels led, to please help make this happen. The link to the gofund me acct set up for this purpose is in my bio… For those who would like to give in naira, pls send your donations to: Stanbic IBTC Acct Name: Julia Olaotan Acct No: 0001101396 May we find help in our time of trouble.. Thank you and God bless!?


So, a few days ago, I reached out to @femiotedola asking for help for my friend and brother Victor and just this morning, Femi calls to tell me that he would take care of ALL of Victor’s bills. He told me that he is already on it and that his people are already talking with Victor’s wife. Is God not awesome????? I can’t even contain my joy and gratitude. Thank you Femi @femiotedola you are a man and a half and thank you to my young friend @gbenroajibade for championing this cause, they really don’t make them like you anymore, you are such an amazing “child” and I am proud to know you. Thank you to everyone who has supported in one way or the other. It’s been a long time coming

Very proud that my Father will be covering all of Victor Olaotan’s medical bills… Femi Otedola continues to inspire us all! ♥️??? #FamilyFirst

Femi Otedola, God bless you immensely for saving Victor Olaotan… We need to have him back in Tinsel. One word for him!!! ?? pic.twitter.com/th0T5Wnwjw

I’m glad that Victor Olaitan is getting help from billionaire, Femi Otedola. So he gets to have his treatment overseas. That’s all well &dandy but this Olaitan-type scenarios plays out everyday in our society. Difference is that there no Otedola to the rescue@Gidi_Traffic pic.twitter.com/62pZI0w8Tl

Nigerian Artists Take Over The Global Citizen Festival Stage Nigerian artists once again showed the stuff they are made of when they put on a show at the Global Citizen Festival held in Johannesburg, South Africa. The show was graced by the performances of some international acts like the Carters, Ed Sheeran, and Usher Raymond. Nigerians have taken to Twitter to express their excitement over the performances of our very own acts.

Wonder Woman Davido has decided to close the year with a very gracious song. The song, titled “Wonder Woman”, is a celebration of women around the world and an expression of the love he has for the women in his life. The colorful visuals to the includes cameo appearances by some Nigerian female entrepreneurs and celebrities such as Tara Durotoye, Funke Bucknor, Omawumi, Kaffy, Betty Irabor, Adetutu the famous face model, Sophia mother to his daughter Imade, his girlfriend Chioma, and more.

#WonderWoman Official Video Out now ! “Wonder Woman” which is a celebration of women who have excelled in their endeavours. ❤️??? link in my bio .. Watch and enjoy ! pic.twitter.com/CFxontO9Kj

Wonder Woman is such a cool & smooth jam. Finally davido giving a different sound from the overused ponpon?♂️?♂️. The video Features all his baby mama’s, several powerful women in NG & ends with him hugging Chioma. Perfect Video for a Good Song ??

So I just watched the Wonder Woman video. @iam_Davido Never disappoints. Finishing the year with a bang!!! ???????

This article was first published on 10th December 2018

2 thoughts on “Social Media Roundup: Top Trends Of The Week”

Without good content, your business will be shaky. Whichever way you look at it, content is what drives any business. From your social media pages to your website and product packaging, content is everything! Sometimes, we see ourselves keep getting it wrong when it comes to creating quality content that can ensure brand awareness and … END_OF_DOCUMENT_TOKEN_TO_BE_REPLACED

Social media has become a force in the marketing space. To a great length, it helps drive traffic to a business website and often helps increase revenue in the long haul. Massive sales are recorded to have been a result of social media marketing. This goes a long way to say that social media is … END_OF_DOCUMENT_TOKEN_TO_BE_REPLACED

Much more than ever, social media has become a useful tool for individuals and businesses to showcase themselves to the world. There is little you can do with physical branding, and with the post-pandemic era where more activities are carried out online, social media branding is the in thing. To be able to brand … END_OF_DOCUMENT_TOKEN_TO_BE_REPLACED

According to an article by Respond, “WhatsApp is important for businesses as there are now 2 billion users on the platform. 65 billion messages are sent per day and 80% of messages are seen within 5 minutes.“ Read more about Business Compared to traditional methods of reaching your customers like emails, 80% of messages sent … END_OF_DOCUMENT_TOKEN_TO_BE_REPLACED