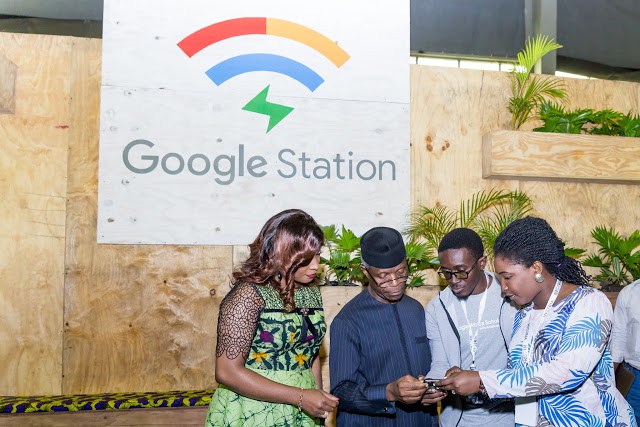 War Of Words Between Nigeria Banks

Last week, some of our favourite Nigerian banks engaged in an online tussle for superiority. Sterling Bank put up a subliminally crafted ad insinuating that it was ahead of some other banks (First Bank, Union Bank, Guarantee Trust Bank Access Bank and United Bank of Africa). This provoked responses from the banks who, “caught their sub.” Find the hilarious conversation below:

There are actually 7 banks that was washed in this picture.?. Name all 7 with their precise location in the pic and #retweet and get 2k airtime…#BankWars #BanksWar #BankWar #SterlingBank pic.twitter.com/BfD3aS1SJ1

PDP Senators and House Of Rep Members Defect From APC

A total of 15 senators and 37 House Of Rep members have defected from the All Progressive Congress party, the majority of them returning to the People’s Democratic Party. The senators, in a joint letter to the Senate president, Bukola Saraki, made their intentions known. After 36 members had announced their defection, the chairman of the House Of Representative Rules and Business, Orker Jet, announced he was also resigning from the APC. He cited division as the reason for his defection from the party.

37 House of Reps members also dump APC . . A total of 37 members of the House of Representatives have defected APC. . . Of this number, 32 joined PDP, while four joined ADC. One later announced he was also leaving the APC but did not state his new party. . . Announcing their defection on Tuesday during plenary, the first 36 lawmakers cited division at all levels of the APC as the reason for their defection. . . Prominent among the defectors are Sani Rano, Barry Mpigi, Ali Madaki, Dickson Tackighir, Hassan Saleh, Danburam Nuhu, Mark Gbilah, Razak Atunwa, Ahmed Bichi, Abdulsamad Dasuki and Zakari Mohammed. . . Neither the Speaker of the House of Representatives, Yakubu Dogara, nor his deputy, Yusuff Lasun, was named among the defectors. . . Few minutes after the 36 announced their defection, the chairman of the House of Representatives Rules and Business, Orker Jev, announced he was also resigning from the APC. . . He cited division in the APC as his reason for leaving the party. He however did not announce the party he is moving to.

In partnership with 21st Century Technologies, Google has launched Google Station, a service to provide free high-quality wifi hotspots in Nigeria. This was announced at the Google For Nigeria event on July 26th. The service which is already being used in select locations across Lagos including the Landmark Centre, Ikeja Mall, The Palms Mall, and MMA Domestic Airport is expected to be taking full effect in 200 locations in five cities across Nigeria by the end of 2019. These cities include Abuja, Enugu, Ibadan, Kaduana, and Port Harcourt.

As part of its agenda to improve internet connectivity and search for Africans, Google also launched a Job Search service in Nigeria, Kenya, and South Africa; Google Maps for travelers; as well as a search service that allows users explore health conditions based on symptoms and many other features.

Google launches Google Station, “free high speed WiFi for millions of Nigerians”. Current locations are in Lagos, but will roll out to five cities by the end. Looks a lot like Facebook Express Wifi, except that it’s free pic.twitter.com/GOHu3Z6CdJ

Super Eagles goalkeeper, Carl Ikeme, has revealed his impending retirement from football. Carl was diagnosed with acute Leukaemia in July 2017 but is now in remission.

After beating cancer, Super Eagles goal keeper retires . . Wolves goalkeeper Carl Ikeme, who was diagnosed with acute leukaemia in July 2017, has announced his retirement from football at the age of 32. . . The Nigeria international has been with the Molineux club for his whole career, making more than 200 appearances. In June, Ikeme said he was in “complete remission” after “a tough year and intense chemotherapy”. . . His decision to retire has come after consulting medical experts and Ikeme told his team-mates on Tuesday.

This article was first published on 30th July 2018

This is the second part of the post on the topic, “How To Optimize Your LinkedIn Profile”. If you missed out on the first part you can check it out by clicking here. Also, if this is your first time of getting to hear of LinkedIn and you are probably wondering what it is or you … END_OF_DOCUMENT_TOKEN_TO_BE_REPLACED

Without good content, your business will be shaky. Whichever way you look at it, content is what drives any business. From your social media pages to your website and product packaging, content is everything! Sometimes, we see ourselves keep getting it wrong when it comes to creating quality content that can ensure brand awareness and … END_OF_DOCUMENT_TOKEN_TO_BE_REPLACED

Social media has become a force in the marketing space. To a great length, it helps drive traffic to a business website and often helps increase revenue in the long haul. Massive sales are recorded to have been a result of social media marketing. This goes a long way to say that social media is … END_OF_DOCUMENT_TOKEN_TO_BE_REPLACED

Much more than ever, social media has become a useful tool for individuals and businesses to showcase themselves to the world. There is little you can do with physical branding, and with the post-pandemic era where more activities are carried out online, social media branding is the in thing. To be able to brand … END_OF_DOCUMENT_TOKEN_TO_BE_REPLACED