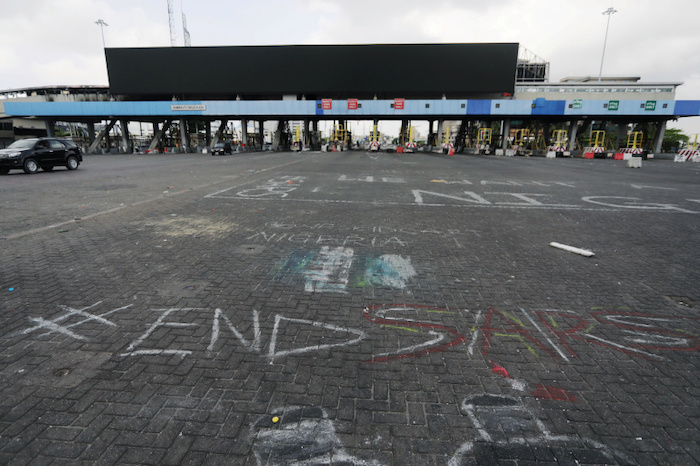 13
SHARES
ShareTweetWhatsappSave
Mail
So this week on social media and especially on Twitter this week. The Twittersphere always finds a way to talk because that is what is it was designed to do. So this week was no different. In fact, stuff from last week took a new twist this week. Here goes: Read more about Social media roundup

Last week, the Central Bank of Nigeria, reminded banks, in a circular, the circular was effectively a stern warning to banks to dissociate themselves from activities related to cryptocurrency trading. Not long after the ban started affecting the relationship of banks to their customers on that front.

If Dangote shows interest in Crypto, CBN will unban it with immediate effect.
Nigeria is building strong Individuals not strong Institutions.

1 You do Bitcoin/crypto CBN goes after u

2 You do Yahoo EFCC comes after u

5 You go into Transport, Police & Army wil collect all ur money on check points

Fintechs that dealt in cryptocurrency had to end their relationship with physical banks via virtual accounts. At some point during the week, users on Twitter started reporting their accounts restricted due to their activities related to cryptocurrency.

Last Friday, the judicial commission had handed back control of the Toll Gate to the LCC. People did not take it lying down and soon enough the hashtag showed up and a protest was billed for the 13th of February. The reaction to it was another hashtag, #DefendLagos by those who claimed they were strongly opposed to the protest such that they would protest against the protest. The authorities have gone on to condemn in strong terms the planned protests.

Update!!! #segalink sold us out,suddenly,somewhere in God knows where? The famous FFK the short fused chief is in bromance with his perceived enemies🤷🏿‍♂️ and to top it all….he picked the most irrational,unintelligent and dumbest of ‘em all…yayah bello🧐 2023 go mad oo #EndSARS pic.twitter.com/V2DFQWvwTo

I'm not Surprised at Sega who claims to be a Beacon of the disenfranchised Citizens of Nigeria has voted yes to the reopening of the Lekki Toll gate. I've always known Sega as an ass licker since day One. He's been a tool of the Smart Monkeys for long!#sega

Segun Awosanya (Segalink), convener of the #EndSARS got a lot of flak for voting on the judicial panel that the toll gate be opened. The dragging was brutal and it would not be the first time the man would get called out for being a lackey to the government. He did defend himself but it did not matter to those who had it in for him.

Nigeria police where was this energy when thugs were fighting at Obalende?

Small protest and you gathered all your forces at Lekki tollgate.

Cult violence erupted in Obalende, a popular transit point in Lagos. The violence was later revealed to be a result of a dispute between rival NURTW/cult groups. The violence was noted for the fact that there were many security installations in the area yet such violence where guns were used was allowed to happen. https://twitter.com/davvydmoore/status/1359808244215123977?s=20

When people were fighting in obalende, where were these men? people are getting robbed on a daily on 3rd mainland bridge, where are these mannequins in uniforms…you evil people only protect your interest and use force on the innocent citizens for demanding their rights.shame

Zlatan go still use IsrealDmW for lyrics. I dey wait.🤲🤲

DJ Cuppy seems to enjoy being on the trend table or maybe it is the other way round. She trended this week as she made good on her threat last week of suing. Her lawyers served Isreal Afeare a court notice in relation to the statement he made last week about the kerfuffle between Cuppy and Zlatan Ibile and the Davido associate was forced to apologize publicly to Cuppy in hope. Share and comment and look out for this piece next week. Have a blessed weekend. Featured Image Source: Arise News Got a suggestion? Contact us: editor@connectnigeria.com

This article was first published on 13th February 2021

One thought on “Social Media Roundup”

This is the second part of the post on the topic, “How To Optimize Your LinkedIn Profile”. If you missed out on the first part you can check it out by clicking here. Also, if this is your first time of getting to hear of LinkedIn and you are probably wondering what it is or you … END_OF_DOCUMENT_TOKEN_TO_BE_REPLACED

Without good content, your business will be shaky. Whichever way you look at it, content is what drives any business. From your social media pages to your website and product packaging, content is everything! Sometimes, we see ourselves keep getting it wrong when it comes to creating quality content that can ensure brand awareness and … END_OF_DOCUMENT_TOKEN_TO_BE_REPLACED

Social media has become a force in the marketing space. To a great length, it helps drive traffic to a business website and often helps increase revenue in the long haul. Massive sales are recorded to have been a result of social media marketing. This goes a long way to say that social media is … END_OF_DOCUMENT_TOKEN_TO_BE_REPLACED

Much more than ever, social media has become a useful tool for individuals and businesses to showcase themselves to the world. There is little you can do with physical branding, and with the post-pandemic era where more activities are carried out online, social media branding is the in thing. To be able to brand … END_OF_DOCUMENT_TOKEN_TO_BE_REPLACED