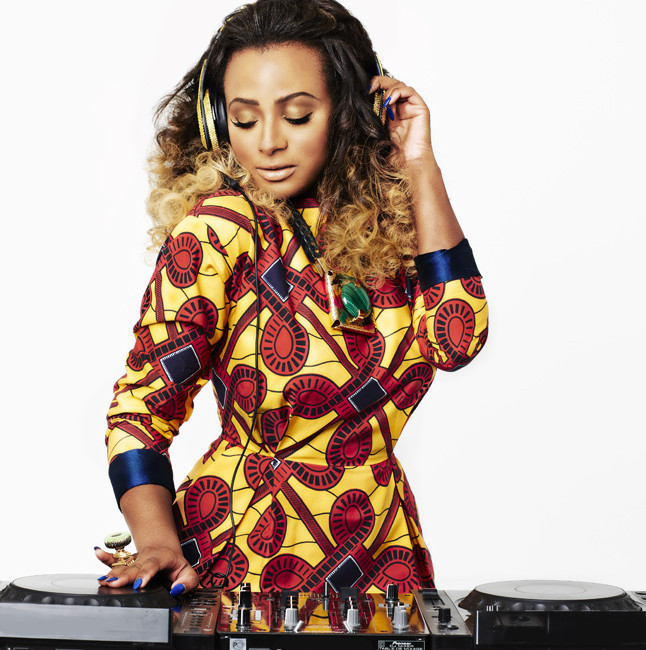 Some of us can’t imagine parties without DJs. They are essentially the “life” of the party and they go all out to make sure that everyone is having fun through the songs they play.

Florence Ifeoluwa Otedola is easily the most popular female DJ in Nigeria. Many know her as not only a talented Disk Jockey but for also being the daughter of billionaire businessman Femi Otedola.

For Cuppy, DJing is serious business and she proved this when she bagged a Master’s degree in Music Business from New York University, USA. She also interned for a while at Jay-Z’s Roc Nation.

She has performed for many high-profile events including the MTV Africa Music Awards, Tatler & Christie Art’s Ball in London, Financial Times Luxury Summit in Mexico, and more.

Nanayat Abedoh popularly known as DJ Nana, is regarded as one of the women who paved the way for other Disk Jockeys (DJs) in Nigeria. She became popular when she won the first-ever Airtel/Bacardi Cool FM DJ Competition.

Since then, she has been entertaining Africans with the best of good music and has earned fame across the continent.

In 2015, Nana alongside DJ Bonny and DJ Switch were featured on the CNN Programme Inside Africa.

You can’t miss her with her energetic performances and signature traditional head ties.

Olawanmi Okerayi aka DJ Lambo has earned her stripes as the official DJ for Chocolate City.  She started her career as an OAP working in Ray Power 100.5FM, then Rhythm 94.7 FM and Love 104.5 FM respectively. One of her most notable highlights was winning the DJ of the Year (Female) at the City People Entertainment Awards in 2016. She also appeared on Nigerian Entertainment Today’s list of top five Nigerian DJ’s to watch out for in 2015.

Obianuju Catherine Udeh aka DJ Switch broke into the limelight after she won the first edition of the Glo X-Factor in 2013. Thanks to her win, she earned a record deal with Sony Music and has since enjoyed a blossoming career as a Nigerian DJ. DJ Switch performed at the just-concluded season of the Big Brother Naija reality TV show.

This Washington DC resident is sensational not only in the US but also in her home country, Nigeria. Aderonke Ariyo popularly known as DJ Soupamodel is the official DJ for US rapper T-Pain and the CEO of a music production company, Music Blvd Group.

Thanks to her affiliation with T-Pain, she has worked with several other international acts like Wyclef, Jason Derulo, Mims, Soulja Boy, and Nappyboy, amongst others. She is also no stranger at home as she has produced songs for Wizkid, Vector, and other Nigeria artists.

This article was first published on 14th October 2019

One thought on “Social Media Accounts To Follow: 5 Female Nigerian DJs You Should Know”

This is the second part of the post on the topic, “How To Optimize Your LinkedIn Profile”. If you missed out on the first part you can check it out by clicking here. Also, if this is your first time of getting to hear of LinkedIn and you are probably wondering what it is or you … END_OF_DOCUMENT_TOKEN_TO_BE_REPLACED

Without good content, your business will be shaky. Whichever way you look at it, content is what drives any business. From your social media pages to your website and product packaging, content is everything! Sometimes, we see ourselves keep getting it wrong when it comes to creating quality content that can ensure brand awareness and … END_OF_DOCUMENT_TOKEN_TO_BE_REPLACED

Social media has become a force in the marketing space. To a great length, it helps drive traffic to a business website and often helps increase revenue in the long haul. Massive sales are recorded to have been a result of social media marketing. This goes a long way to say that social media is … END_OF_DOCUMENT_TOKEN_TO_BE_REPLACED

Much more than ever, social media has become a useful tool for individuals and businesses to showcase themselves to the world. There is little you can do with physical branding, and with the post-pandemic era where more activities are carried out online, social media branding is the in thing. To be able to brand … END_OF_DOCUMENT_TOKEN_TO_BE_REPLACED