Social Media Accounts To Follow: 5 Celebrities Who Are Behind Your Favourite Slangs 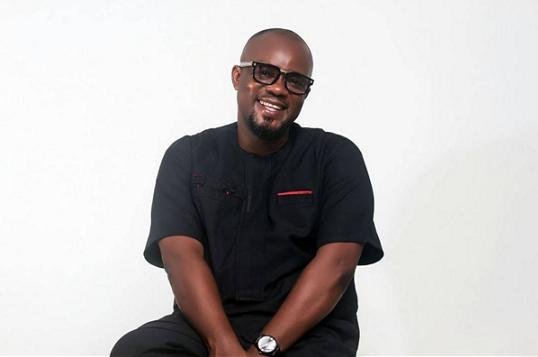 55
SHARES
ShareTweetWhatsappSave
Mail
Every year there are always slangs which go viral and make that year memorable for Nigerians. This year, many of such slangs have emerged, which Nigerians use on a daily basis to elicit humour and create fun on social media. Most times this slangs come up when Nigerian celebs use them in their songs or movies hence, creating buzz for a particular period of time. Here are some of your favourite celebrities who have created their own catchphrases and buzzwords and made 2018 a fun year for all of us. Charles Okocha His rants were one of the best things that happened to us in 2018. Just by running out of his car, popping some champagne, and screaming the words “I deserve some accolades” with his notorious hype man cheering at the background, Charles kicked off a new trend and the “accolade challenge” was known both in Nigeria and abroad. Everyone, including celebrities, joined the train and soon videos of people running out of their vehicles and screaming for their accolades were all over the internet. In fact, if you didn’t participate in this movement or at least have a glimpse of one of these videos then you were clearly missing. Charles Okocha, is a Nigerian actor and upcoming musician. He is popularly known as “Igwe 2pac” for his role as an Igbo speaking monarch all the way from “Yankee” in the Nollywood movie also called “Igwe 2pac”. This was not the first time the actor would go viral as he was also behind the word “amoshine” which became popular in 2016 after he recorded himself in the studio screaming that exact word. You could say Charles sure knows how to draw attention to himself.     Davido Davido shocked fans when he sang a song for the love of his life Chioma and also celebrated her birthday in grand style (bought her a porsche car and threw a party for her). The couple became the talk of the town and soon “assurance” became a viral word among Nigerians. Since he came into the music industry with his sensational song “dami duro”, Davido has been scoring hit song after hit song and is loved by many both in Nigeria and around the world.   2face Idibia For 2face Idibia also known as 2baba, it wasn’t a love song of commitments and unfailing promises; instead, it was a song about heartbreak and disappointment which he titled “Amaka” featuring Peruzzi. Since the song hit the airwaves, Nigerians have sure found a way to create humour from it. Everyone now says “Amaka disappoint me” as an expression of their own experiences. 2face Idibia is a Legendary musician known for his many Nigerian hit songs especially “African Queen” which is known worldwide.   Falz Falana Folarin popularly known as Falz the badh guy has never been one to fall short when it comes to creating unique catchphrases. This time around it was the term “Sweet Boy Association” which many Nigerian men now identify as and others are still trying to figure out. He began the trend with a sensational music video which featured some male celebrities such as Banky W, Noble Igwe, and Mai Atafo amongst others. The video which was released with a code of conduct and presidential address by Falz himself became the trending topic on Twitter for a long time. And presently, due to the buzz around the slang “sweet boy”, many Nigerian young men just want to be “sweet boys”. Falz is a Nigerian rapper and also a Lawyer. Since his entrance into the entertainment industry, a few years ago, the music star has been making waves.   Charles Inojie Nigerians always have a way of making jokes out of everything and this’s why the catch phrase “fine boys like us na them they rush us” became a viral slang among Nigerians years after it was used in a Nigerian movie. In the clip from the movie which circulated the internet, Nollywood actor Charles Inojie can be seen saying this words to the woman, Ruth Kadiri, whom he was trying to woo: ” “Fine boys like us, we no dey too follow women like that. Na dem dey rush us”. Soon everyone including celebrities jumped on the “Na them they rush us” train and soon it became a trend on social media. Charles Inojie is an actor and comedian who has featured in many Nigerian movies. He is also known for his thrilling role in the Nigerian sitcom “The Johnsons”.

This article was first published on 2nd November 2018

2 thoughts on “Social Media Accounts To Follow: 5 Celebrities Who Are Behind Your Favourite Slangs”

Without good content, your business will be shaky. Whichever way you look at it, content is what drives any business. From your social media pages to your website and product packaging, content is everything! Sometimes, we see ourselves keep getting it wrong when it comes to creating quality content that can ensure brand awareness and … END_OF_DOCUMENT_TOKEN_TO_BE_REPLACED

Social media has become a force in the marketing space. To a great length, it helps drive traffic to a business website and often helps increase revenue in the long haul. Massive sales are recorded to have been a result of social media marketing. This goes a long way to say that social media is … END_OF_DOCUMENT_TOKEN_TO_BE_REPLACED

Much more than ever, social media has become a useful tool for individuals and businesses to showcase themselves to the world. There is little you can do with physical branding, and with the post-pandemic era where more activities are carried out online, social media branding is the in thing. To be able to brand … END_OF_DOCUMENT_TOKEN_TO_BE_REPLACED

According to an article by Respond, “WhatsApp is important for businesses as there are now 2 billion users on the platform. 65 billion messages are sent per day and 80% of messages are seen within 5 minutes.“ Read more about Business Compared to traditional methods of reaching your customers like emails, 80% of messages sent … END_OF_DOCUMENT_TOKEN_TO_BE_REPLACED