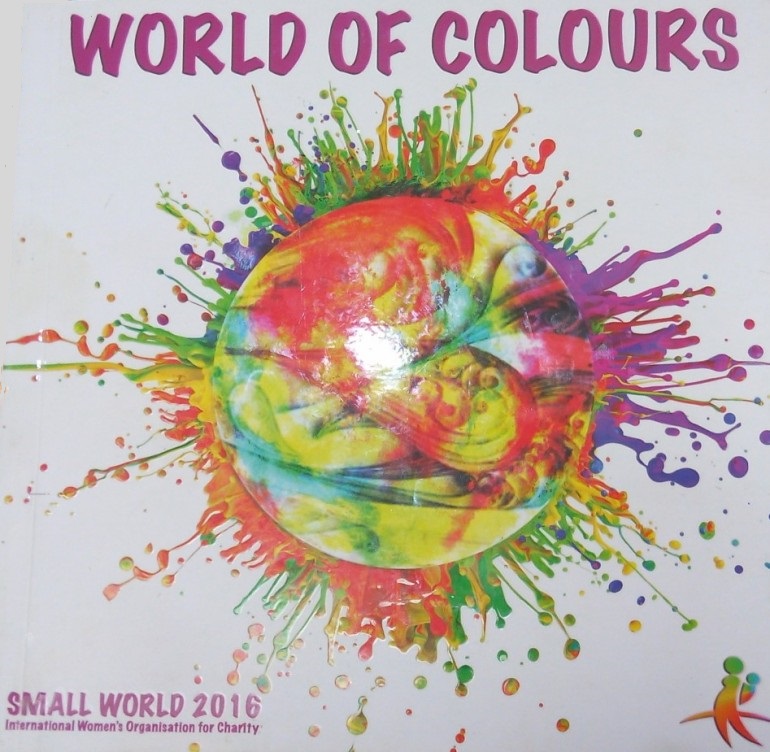 It is rare to find a collection of people from different countries all over the world. Both black and white are a large variety; little coincidence on why the Small World theme for 2016 is “World of Colours”. The world indeed is full of people with different colors, cuisine and culture.

World of Colours is the 21st edition of the annual Small World event. Founded in 1996, Small World is a charity organization by a group of expatriate women who came together to raise money for local charities in Nigeria. People from all walks of life visit Lagos for the annual cultural event to showcase costume and cuisine from various countries, and all funds raised are channeled to nominated charities.

This year’s Small World event was hosted at the Federal Palace Hotel, Victoria Island, with 35 countries present. Like is the custom of the event, each country had a booth where they displayed exquisite cuisine native to their countries and on stage, national costumes, music and dances are displayed.

This large world is small indeed at the Small World carnival; one might hardly find a place where over thirty countries gather to display culture. If you think that white people are all the same, wait till you attend the next annual event. And the costume of every culture is unique, from Kazakhstan to Kenya. As one moves from one food stand to the other, they are struck with the variety in the semblance of peoples who in our imaginations are thought to be same. Zulu costume, cuisine from China and the US, and French wine may be popular, and you know that it’s traditional for men in the UK to wear skirts. However, you get to see that the Japanese are different from the Chinese, the Thai costume is as elaborate as India’s, that Israel eats pita (a type of flatbread) with stuffed vegetables, which includes dried eggplant and it’s possible to tell the difference between Kenyans and Nigerians.

Much more than the funfair is the objective of the event. The event aims at providing opportunities for rendering services to existing Nigerian charities and institutions. In the long run, different nationalities come together to share sociocultural, educational and recreational purposes during the process. The event is voluntary and welcomes any national or international women’s group willing to participate.

Every participating country sponsoring a food booth proposes a charity within Nigeria. For instance, this year, Small World through Egypt would sponsor the Guidance Academy School in Ogun State, Greece and Cyprus would sponsor Little Saints Orphanage in Lagos State and funds from Lebanon would be used to set up information and communication technologies in Keeping It Real Foundation situated in Port Harcourt, Rivers State. The committee and proposing groups monitor the disbursement of allocations, ensuring that proper account of the money spent.

For more information on attending the next carnival or if you would love to donate to an existing charity or volunteer your own charity, log on to www.smallworldnigeria.org.