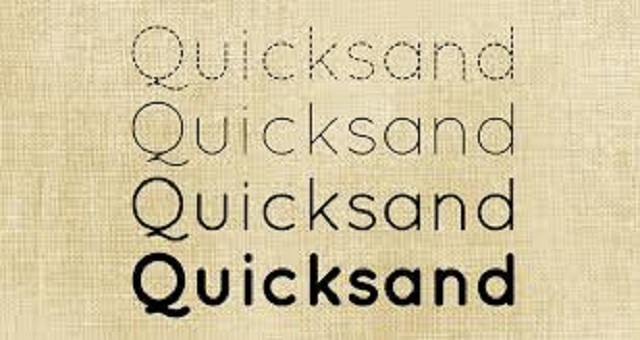 17
SHARES
ShareTweetWhatsappSave
Mail
It seemed so wrong what was just witnessed. It was a blatant mockery of the whole system, pure and simple. It seemed so wrong the way they carried on like they were debating over a football match in the confines of their homes or over a few green bottles. It seemed wrong to me but they were all just oblivious to it all. I’m not going to tell you what percentage of my story is fiction and which of it is non-fiction but I’ll certainly let you know my personal opinion on the matter. You and I have been subjected to less than mediocre leadership in this country and the issue of corruption which is steadily eating into the very centre of our framework has now become folklore to be spooned into the ears of all and sundry. You hear about officials in various levels of government carting away hard cash filled Ghana-must-go bags, buying houses in the choicest and plush locations abroad, places where even royalty abroad dream of. We hear about abandoned contracts and drunken public servants who fail to show up at state and international functions. We shake our head in disgust and gnash our teeth in agony but the rot still remains! The situation has become so comparable to an insipid marriage of sorts. Can’t live with it; can’t live without it type situation. I do not know whether this piece will be long or short, entertaining or boring, insightful or unperceptive but all I can say is; I got the darn thang’ off my bladdy chest! What is the way forward for a nation who witnesses this and does nothing? Who sees ill right at the highest echelon and does nothing? Please share this experience albeit indirectly and form your own opinions; The rotund black senior prisons official made his way to the podium to give his own submission in front of eager Nigerians allowed a rare glimpse of the “corridors of power” by virtue of a public hearing, and fat bellied lawmakers who just kept yawning intermittently and scratching their bald heads and stomachs at intervals, trying hard not to appear bored. A handful looked alert and attentive mind you, but there are more rotten eggs in the crate than non-rotten ones. Anyway, back to my narrative; the rotund black officer! He clambered up to give his own submission and position on the matter at hand; I won’t tell you which matter was being deliberated upon. He launched literally head on into his campaign and his plea was that the prisons officials should be given fairer considerations bearing in mind that they bear risks on behalf of the nation. By keeping guard over the prisons, they relate with and interact with the prisoners. The prisoners know their homes, their wives and children, their everything and so they are at a higher risk. He then further explains how this is true; “I was on my way back from a trip from …. (wherever that was) and along the Shagamu expressway, I came across a robbery operation going on at the Shagamu expressway and realized that I knew one of the members of the gang. He had served me and my family for two years and was thought to have been rehabilitated and thus set free. As soon as he saw me, he saluted right away, so did his other colleagues. “sh’un sir!!!” they all smartly greeted while brandishing dangerous weapons of all shapes and sizing, regular citizens lying prostrate by the roadside scared shitless and ready to give up all their possessions if only allowed to escape with their lives. To the response of ‘Sh’un Sir” I replied “……ah Francis, na you dey this operation? Francis you go die o!” and I moved on along. Two weeks later, I met Francis again somewhere at Mile 2 milling around in slow traffic and I grabbed him by his pants, “ehen, I don catch you today, wia my share” to which he raised his hand in mock surrender and said “ah oga mi, I nor hol’ anything for hia o I go see you later”. I noticed that his gang was scattered all around and were closing in menacingly until Francis gave me a friendly pat and I saw them back away.  Four days later, I got home to find 40 cartons of beer waiting for me; guess who they were from? Yes, you guessed right; Francis of course. Between the time they arrived and the time they spent waiting for me, they had already consumed 10 cartons of the 40 cartons of green bottles they had for me.” He concluded; “So you see, our lives are at stake everyday being close to these people that we keep away from your streets and so due consideration should be given to us.” Might I add that at this point, he wasn’t just black and rotund to watch but obscene and offensive? Now after this charade, he “gallantly” stepped down from the podium, submission made! Absently I wondered whether all of this had been caught on camera. It sure was because there was a legion of pressmen around. I was certain however that his submission would not make it to the evening news. Ahhh! The power of journalistic editing!! The only question anyone posed to this “gentleman” was, “How do we know that the 40 cartons of beer sent to your house were not accompanied by ‘something else’? And my fellow countrymen and lawmakers laughed! I haven’t analyzed all the things that are wrong in this narrative and that is purely intentional. Readers are enjoined to debate and make reason of all of this; if any. I leave it to you! In all our wildest imaginations put together, no one will ever be able to get close to how deeply sunk we are in this mess or “affliction” like someone once termed it. Which way Nigeria I ask, which way? Yellow Tarantula

This article was first published on 8th July 2013

Since Nigeria gained independence from the British in 1960, leading figures like Nnamdi Azikiwe, Obafemi Awolowo, and Ahmadu Bello amongst others have been celebrated as freedom fighters and dominated the Nigerian mainstream history. However, there are various unsung heroes of Nigeria’s independence – the youths. There have been opinions that the Nigerian youth were nowhere … END_OF_DOCUMENT_TOKEN_TO_BE_REPLACED

The journey of becoming a successful businessperson in Nigeria is way too different from other climes. Nigeria is a peculiar terrain and it requires peculiar strategies if you are going to stay afloat in the business world of Nigeria. The truth is, running a business in Nigeria is three times difficult compared to Europe … END_OF_DOCUMENT_TOKEN_TO_BE_REPLACED

Abdulrasheed Bawa was handpicked to be the next chairman of the EFCC in a rather eventful week in national politics. Many have raised eyebrows for a number of reasons. Prominent amongst them is his age; the man is only forty-as he is pretty young for a Nigerian….. anything for that matter. Read more about politics … END_OF_DOCUMENT_TOKEN_TO_BE_REPLACED

As Nigeria commemorates her diamond jubilee anniversary of its independence, this year’s celebration should be a little bit different from the previous ones. Instead of the commemoration being a cause for celebration, it should be a period for a re-evaluation of strategies for success beyond the pandemic. With the Nation experiencing the ‘heptilema (seven and … END_OF_DOCUMENT_TOKEN_TO_BE_REPLACED