Nigeria’s Top Agricultural Exports for the Third Quarter of 2019 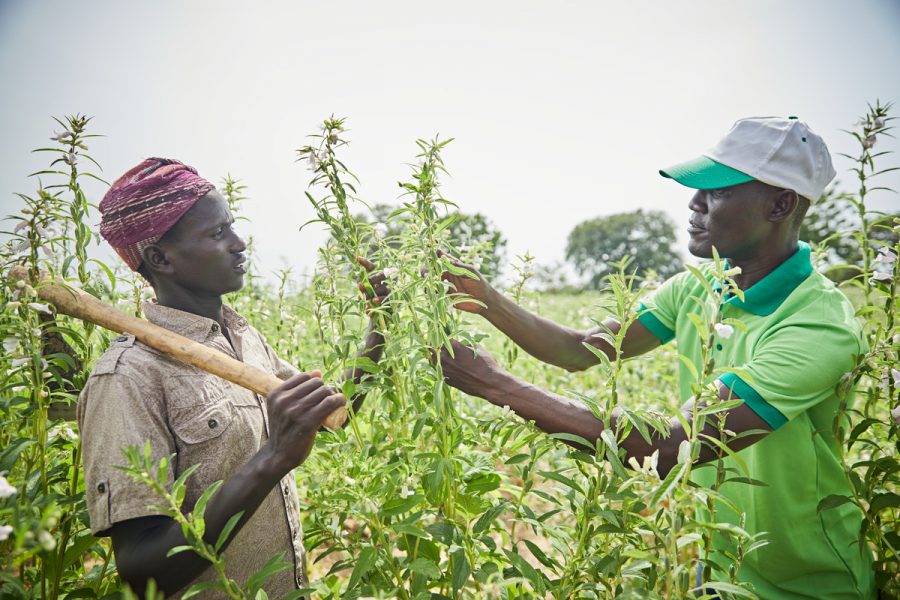 The National Bureau of Statistics has published its report on foreign trade for the third quarter of 2019. The document, downloadable from its website, also reveals the top agricultural exports from Nigeria within the period, as well as the revenues they generated at the international markets.

Data provided by the NBS shows that the sale of agricultural commodities from the country raked in ₦42 billion between July and September 2019. Most of these products were sold to countries in Europe and Asia; a total of about ₦38.5 billion– about 90 % of the revenues generated –came from these countries.

The top earning agricultural commodities were as follows:

Exports of sesame seeds brought in about ₦14.8 billion for Nigeria between July and September. The biggest importers of Nigerian sesame were Japan, which purchased quantities of the commodity valued at ₦5.6 billion; Turkey (₦2.9 billion); and China (₦1.3 billion).

Fermented cocoa beans fetched Nigeria ₦10.8 billion within the three months covered by the report. The product’s chief buyers were in the Netherlands (which bought cocoa beans worth ₦6.2 billion), and Malaysia (₦2.1 billion).

The revenue gained by Nigeria from its cashew nut exports was put at ₦2.9 billion, making it the third most valuable agricultural export from the country. The main markets for this product were in Vietnam and the United States, which bought nuts worth ₦2.2 billion and ₦298 million respectively.

Nigeria made about ₦2.587 billion from the sale of raw cocoa beans. The Netherlands was the top market for this commodity, taking ₦2.3 billion worth of the beans from Nigerian merchants. Malaysia, in second place, bought quantities valued at ₦281 million.

Find our comprehensive listings of businesses in Nigeria here

These sea foods helped Nigeria to ₦2.2 billion in export revenues. The top destinations for this product include the Netherlands, which paid Nigerian merchants about ₦1.9 billion for their shrimps and prawns; the USA, which took volumes worth ₦116 million; and Belgium, which purchased a little over ₦84 million in crustaceans from Nigeria.

Other products in the top ten agricultural exports from Nigeria include natural cocoa butter, shelled cashew nuts, coconuts (in the inner shell), cut flowers and flower buds, and seedless cotton.

The report from the NBS reveals Nigeria’s total trade in agricultural goods between July and September was ₦282 billion, with exports accounting for 14% of this figure.

Got something you want to read about on our platform? Contact us via editor@connectnigeria.com

This article was first published on 21st December 2019

Tersus Limited is a construction and engineering solutions company headquartered in the Victoria Island area of Lagos. They develop and improve buildings, roads, electrical systems, and drainage systems. They also offer mechanical engineering solutions in the transportation sector and deliver real estate projects for a diverse client base. Read more about Business As a multi-service firm, … END_OF_DOCUMENT_TOKEN_TO_BE_REPLACED

The E-Commerce sector in Africa is growing rapidly with Nigeria’s social commerce market estimated to reach US$23.8 billion by 2028. This is why some startups are now delving into the sector to get a piece of the action. Recently a former payments company( Abeg) rebranded to a Pocket app to power both payments and online … END_OF_DOCUMENT_TOKEN_TO_BE_REPLACED

Technology helps make your business more efficient. It also enables you to engage with your customers and promote your business. Another thing it helps you do is to attract new customers, serve them and retain them. Many tech-driven solutions are available to help you attract new customers. However, there are some factors to consider before … END_OF_DOCUMENT_TOKEN_TO_BE_REPLACED

In our previous article on whether we need more fintech startups in Nigeria, we stated various reasons innovators will continue building fintech startups. One of which is that the fintech sector is a free market where everyone is free to build their solutions. On that basis, more startups are already existing to provide services to … END_OF_DOCUMENT_TOKEN_TO_BE_REPLACED