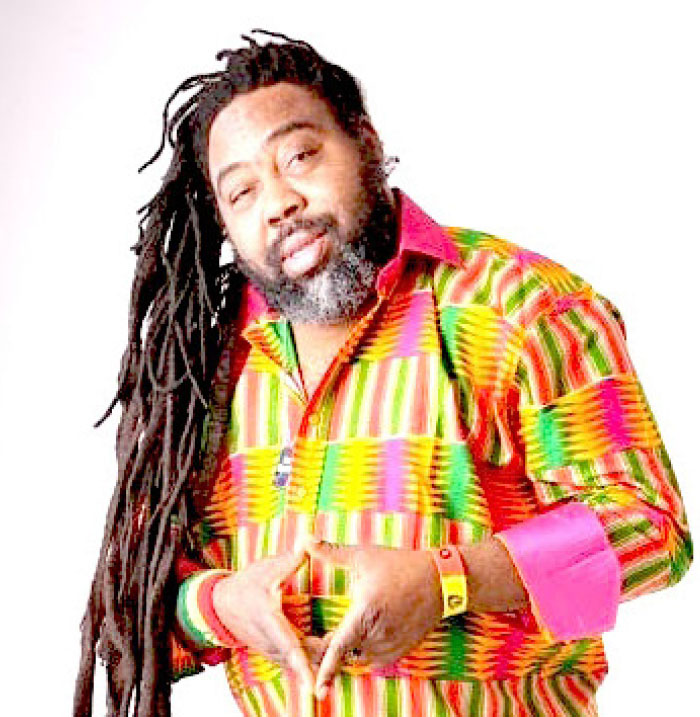 Ras Kimono was born on the 9th of May in the year 1958. The African music legend was a Nigerian reggae artist whose debut album Under Pressure, led by the single “Rum-Bar Stylée”, was a big hit in the Nigerian music scene in 1989. Before he released his solo album, he was in a group called The Jastix along with Amos McRoy and Majek Fashek.

Read more on other Nigerians in History

The Background to the man – Ras Kimono

Oseloke Augustine Onwubuya, popularly known as Ras Kimono was born in Ekeleke Elumelu, Delta State, Nigeria. He started out his career as a student of Gbenoba Secondary School, Agbor and later as a member of the Jastix Reggae Ital, alongside Majek Fashek, Amos McRoy Jegg and Black Rice Osagie. His music was greatly influenced by the poverty, inequality and hardship he witnessed in his early life. He released his solo debut album Under Pressure on the Premier Music label in 1989, which propelled him to instant continental stardom. The album had hits such as “Under Pressure”, “Natty Get Jail” and the massive hit “Rhumba Style”.

He later released a string of hit albums, touring all over Africa, Europe and the United States, promoting his brand of reggae music. He won several awards including the Nigeria Music Awards, Fame Music Awards and many more. By 2010, he was still performing to a loyal fan-base of all ages and his music is still played on radio, throughout West Africa. Kimono served a long apprenticeship on the Nigerian music circuit, experimenting with a number of styles, before making his late 1980s breakthrough as a reggae singer. Together with his Massive Dread Reggae Band, Kimono released his debut album, Under Pressure in 1989, accompanied by the popular single, “Rum-Bar Stylee”, this revealed both a Jamaican and native African influence (the latter particularly evident in his ‘Patois’ delivery, as frequently employed by Fela Kuti to communicate with the urban underclass).

His strongly polemical lyrics produced album sales of over 100,000 copies, and a fervent following for his advocacy of social change, somewhat like the idea of the expressionist movements. What’s Gwan proved even more successful, with the topics selected including the legalization of marijuana, and the need for Africans to intellectually repel colonialism and its arbitrary boundaries between tribes. Most controversially, he was not averse to naming directly those in power he saw as synonymous with backdoor imperialism.

Before his death, Ras Kimono’s discography included at least the following:

Regarded as one of the most prominent, most successful and pioneer reggae artists in Nigeria, Ras Kimono was a musician greatly loved and respected by both his contemporaries and the generations that came after his primetime. Though silent for about two decades, he however still possessed the ‘larger-than-life’ figure even while passively doing music.

He died at the age of 60 on 10 June 2018 in Lagos, Nigeria after a brief illness. His daughter, Oge Kimono took after his steps in the musical career.

This article was first published on 13th January 2020

Muhammad Rumfa was a Sultan of the Sultanate of Kano, located in modern-day Kano State, Northern Nigeria. He reigned from 1463 until 1499.  Rumfa was the son of Yakubu, the nineteenth ruler of Kano and his mother, Fasima Berana. Rumfa succeeded his father in 1463. His reign was characterized by unprecedented economic growth, numerous administrative … END_OF_DOCUMENT_TOKEN_TO_BE_REPLACED

Babban Zaki also known as Jan Rano was a Sultan of Kano who reigned from 1768-1776. One of the most significant rulers of the House of Kutumbi, he solved the puzzle of Kano’s complex structure and provided the blueprint for its successful administration which would survive even after the fall of the Kutumbawa. Read … END_OF_DOCUMENT_TOKEN_TO_BE_REPLACED

On Wednesday 6 July 2022, news broke that the Secretary-General of OPEC, Nigeria’s Mohammad Barkindo, had passed on. Read more about Business The announcement, which was made by the Group Managing Director of the NNPC, Mele Kyari, came just hours after Barkindo visited Nigeria. Barkindo had met with President Muhammadu Buhari and delivered the main … END_OF_DOCUMENT_TOKEN_TO_BE_REPLACED