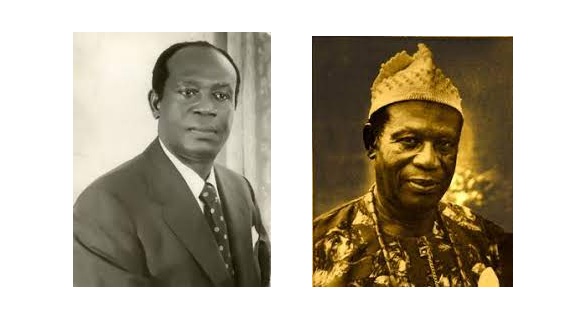 Clement Nyong Isong, CFR was a Nigerian banker and politician who was governor of the Central Bank of Nigeria (1967–1975) during the military regime of General Yakubu Gowon. He was later elected governor of Cross River State (1979–1983) in the Nigerian Second Republic.

Isong was born on 20 April 1920 in Eket, Akwa Ibom State. He was born into a poor family—a family that lost about half a dozen of his siblings before he arrived to end the jinx. Nobody—not even his parents—thought he would survive. They gave him the name Nyong—a deep Ibibio expression meaning a wanderer. It was just one of such names wrapped in uncertainty and meant to mock his birth so as to avoid another death. Others were Nkamiang, meaning the cunning one; Ekpo, meaning ghost or ancestral spirit; and Ekpeyio, meaning the one who moves around.

Yet, he lived. In fact, his birth on April 20, 1920, was followed in quick succession by the birth of two other female children, Alice and May. They too lived. His father, Nathaniel Isonguyo Ekpa Ebai Ito was from Ikot Osong while his mother, Maggie, was from Ikot Akpan Ntebon, all in modern-day Akwa Ibom State, Nigeria. His father died while Isong was in Infant Class 11.

He studied at University College, Ibadan, Iowa Wesleyan College, Mount Pleasant, Iowa, and the Harvard Graduate School of Arts and Sciences, where he obtained a PhD in Economics. He taught economics at the University of Ibadan before joining the Central Bank of Nigeria (CBN) as secretary, later becoming director of research. He was seconded to the International Monetary Fund as an adviser in the African Department.

Yakubu Gowon appointed Isong governor of the CBN in August 1967, an office he held until September 1975. He headed the CBN during the Nigerian Civil War (July 1967 – January 1970) and during the subsequent oil boom. During his tenure, Nigeria avoided running up unsupportable debts. Isong complained that Nigeria was accumulating foreign reserves but had “nowhere to invest them properly”, although there was huge scope for infrastructure improvements. When the United States Senate killed the foreign aid bill in October 1971, Isong said the $35 million in annual aid was a drop in the bucket.

After retirement from the CBN, Isong entered politics and was elected the first civilian Governor of Cross River State from 1979 to 1983 on the National Party of Nigeria (NPN) platform. In 1981 Isong had to deal with a border crisis with Cameroon that originated in the Ikang area, visiting the trouble spot in person.

In 1982, having contributed to the growth and development of Nigeria, Dr Isong was honoured with Nigeria’s national honour of Commander of the Federal Republic of Nigeria (CFR). Clement Isong was opposed in the 1983 elections by Senate President Joseph Wayas, who was the leader of the NPN party’s “Lagos Group” and also Senator Joseph Oqua Ansa who was the senator representing Calabar senatorial district they supported Senator Donald Etiebet as governor. Etiebet won the NPN nomination and the subsequent election, taking office in October 1983, but the result was moot due to the resumption of military government after a coup by Major-General Muhammadu Buhari in December that year.