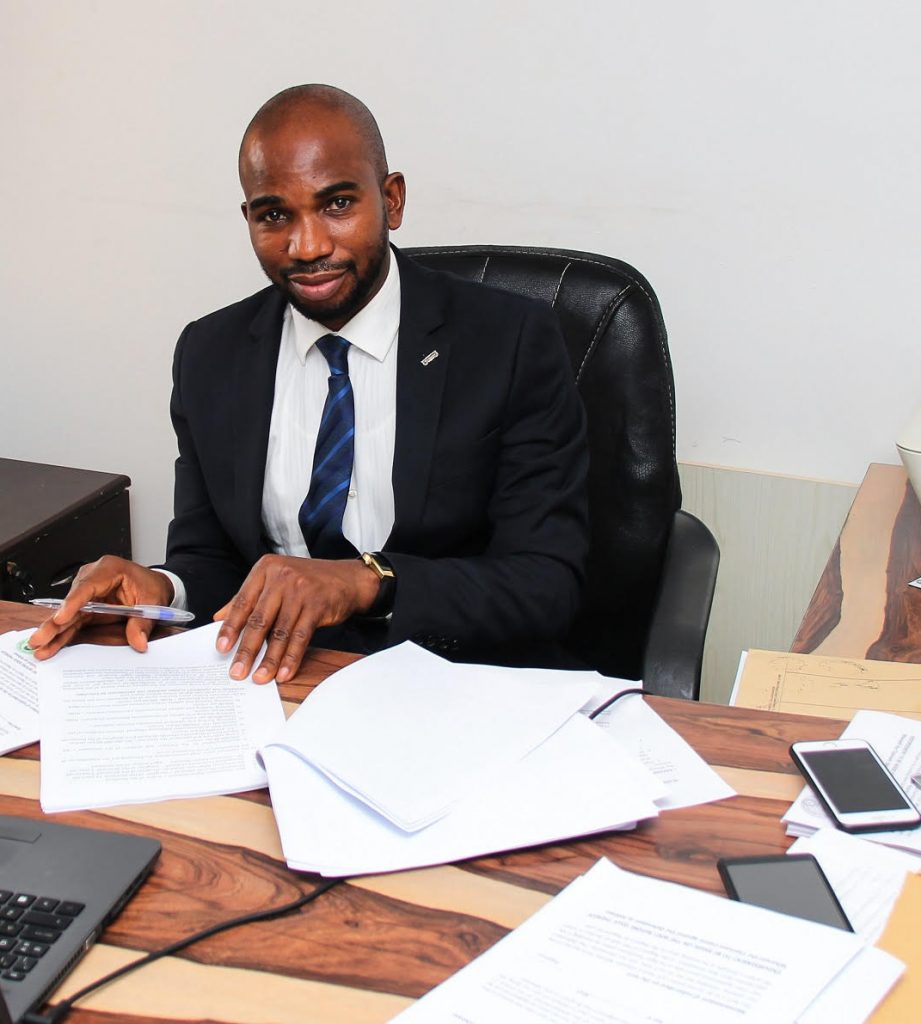 25
SHARES
ShareTweetWhatsappSave
Mail
Adamson Adeboro is regarded as a committed and dedicated litigation lawyer. He is the Principal Partner in ADVOCARE LAWYERS with its headquarters in Abuja. Some others have also referred to him as a fearless, erudite, ebullient, indefatigable young lawyer and a dogged and unrepentant fighter for justice and equity. Read more about Men you should know

Adamson Adeboro was born in an agrarian community of farmers from Irun Akoko. He started his very early education at LA Primary school, Oke Irun, Irun Akoko, Constituency 02, in Akoko North-West Local Government Area. After his elementary school, he proceeded to secondary School (the defunct Irepodun Grammar School, Oke Irun Akoko) but however obtained his WASC at Ojugbaye Comprehensive High School, Imesi Ekiti. He then proceeded to Military Cantonment, Ikeja, Lagos where he sat for his JAMB in 1991. Adeboro was one of the pioneer law students of the faculty of law of the then Ondo State University, Ado Ekiti in 1991.

Call to Bar And Career Development

Adeboro was one of the pioneer students of the Nigerian Law school, Bwari, Abuja in 1998. He was called to the Nigerian BAR in September 1999. Upon his being called to the Nigerian BAR, he started his law practice in the law firm of Chief Afe Babalola (SAN) at Ibadan, Oyo state. Adeboro joined the law firm of Adesina Oke in January 2001 where he had the opportunity of working with Femi Falana (SAN), the late Bamidele Aturu, Bola Aidi and a host of others in the human rights crusade. In his quest for self-development, he attended the International Law Institute in Washington DC, USA and also Georgetown University in the United States of America. Adamson Adeboro was appointed the Notary Public of Nigeria in 2009 by the Chief Justice of Nigeria considering his meritorious legal practice cutting across all the states in Nigeria. Sign up to the Connect Nigeria daily newsletter Adeboro is not a political neophyte in the Ondo State Political terrain. His wealth of experience even as a young man eminently qualifies him to man any position in Nigeria or anywhere in the world. Adeboro prefers to refer to himself as an unassuming human rights crusader. This is evidenced by his desire to always be at the forefront of the political liberation of his people or wherever he finds himself and this desire has prompted him to contest in the general election of 2007 to represent Akoko North West Constituency II in the Ondo State House Assembly under the political hegemony of Action Congress (AC) which he lost to PDP. He is a member of the Nigeria Bar Association, UNITY BAR, Abuja where he has held sensitive positions. He is equally a member of the International Bar Association. Adeboro is currently the Principal Partner in Adamson Adeboro & Co, Maitama, -Abuja (AA & CO): one of the most sought after legal institutions in Nigeria, offering legal services to clients and intermediaries across the nation as a fast-growing commercial and corporate law firm in Nigeria. He has also enjoyed appointments as Secretary, NBA Continuous Legal Education (2010-2013); and Member of Legal Practitioners’ Disciplinary Committee (2012 till Date). Adeboro is a proud winner of many awards both locally and internationally. He was the National Legal  Adviser to Allied Congress Party of Nigeria (ACPN) between 2010 – 2012; a political party under which Senator Gbemi Saraki contested the Kwara State Governorship election in 2011. Sources: Adamson adeboro Akokostars.wordpress Featured Image Source: Adamson Adeboro Got a suggestion? Contact us: editor@connectnigeria.com

This article was first published on 24th November 2021

45 thoughts on “Men You Should Know: Adamson Adeboro”

Muhammad Rumfa was a Sultan of the Sultanate of Kano, located in modern-day Kano State, Northern Nigeria. He reigned from 1463 until 1499.  Rumfa was the son of Yakubu, the nineteenth ruler of Kano and his mother, Fasima Berana. Rumfa succeeded his father in 1463. His reign was characterized by unprecedented economic growth, numerous administrative … END_OF_DOCUMENT_TOKEN_TO_BE_REPLACED

Babban Zaki also known as Jan Rano was a Sultan of Kano who reigned from 1768-1776. One of the most significant rulers of the House of Kutumbi, he solved the puzzle of Kano’s complex structure and provided the blueprint for its successful administration which would survive even after the fall of the Kutumbawa. Read … END_OF_DOCUMENT_TOKEN_TO_BE_REPLACED

On Wednesday 6 July 2022, news broke that the Secretary-General of OPEC, Nigeria’s Mohammad Barkindo, had passed on. Read more about Business The announcement, which was made by the Group Managing Director of the NNPC, Mele Kyari, came just hours after Barkindo visited Nigeria. Barkindo had met with President Muhammadu Buhari and delivered the main … END_OF_DOCUMENT_TOKEN_TO_BE_REPLACED