Lekki Toll Gate: The Ground Of The Fallen 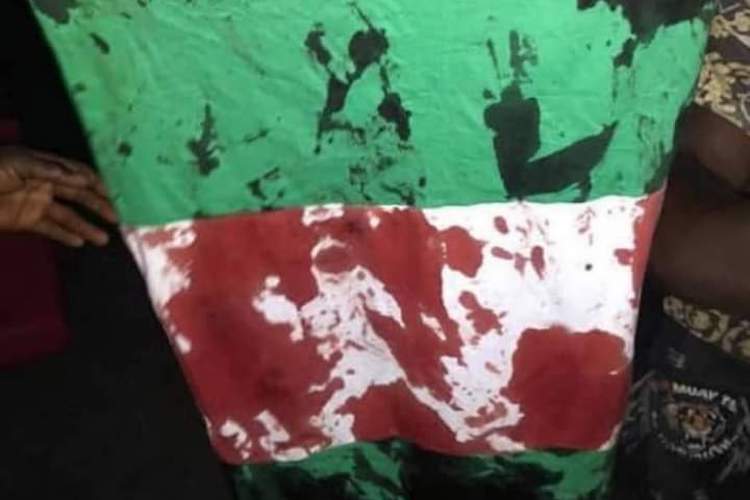 
‘When the mob came, they watched; When the soldiers killed, they feigned ignorance.’

The 20th of October 2020 will never be forgotten easily in the history of modern Nigeria. It will be remembered as the day Nigeria tried to break Nigerians, the day the government told Nigerians that they do not matter, the day we viewed ourselves as worse than lizards, and also the day Nigeria declared war on Nigerians. In the same vein, the Lekki toll gate will remain symbolic of the struggle for a new and better Nigeria. It will forever be the venue of the fallen heroes. Read more about #EndSARS The month of October has been an eventful one. This month ushered in the great awakening of Nigerian youths in particular and Nigerians in general. Years of outcry, advocacy, and pleas snowballed to become a full-blown civil protest against the atrocious special anti-robbery squad (SARS), a unit of the Nigerian police force. The peaceful Nigerians demonstrating all over the streets of Nigeria asked for the disbandment of SARS (#EndSARS) among five other things: In short, Nigerians wanted an end to SARS and a total reform of the Nigerian Police Force that has not been reformed since its creation in 1930. They vowed not to leave the streets until seriousness towards enforcement is seen. No one can fault them because the government has lost the benefit of the doubt. They can never be trusted, as proven today, 20th October 2020. For the first time in a long while, Nigerians came out and crossed the gender, religious, and ethnic lines to stand firm, speaking with one voice and with a unity of purpose.  The sustenance and unity of the #EndSARS movement that doesn’t have a figurehead for power grabbers to bribe in order to sabotage the movement became a threat to the government who do not bank or promote the unity of Nigerians. The validity of the #EndSARS movement is not in question as what is being demanded are basic for dignified human existence; human rights. Sign up for the Connect Nigeria daily newsletter It is worthy to note that the Nigerian constitution has provisions for human rights and elected officers are saddled with the responsibility to protect and ensure that human rights are furthered. However, the Nigerian government has shown its hands several times by seeming to protect aggressors and vilify the oppressed. This year, the government rehabilitated captured Boko Haram members and in the month of July, the so-called rehabilitated ex-Boko Haram members were released into the society. Easy as you like. Fast forward to three months later this same government has found it very difficult to come to terms with Nigerian youths in the streets. Within the time frame of the #EndSARS movement, peaceful protesters have been shot dead and many wounded by those saddled with the responsibility to protect lives and properties. The 1999 Constitution of the federal republic of Nigeria in its faulty state doesn’t mention the word protest but made provision for the right to express oneself. it states:

‘Every person shall be entitled to freedom of expression, including freedom to hold opinions and to receive and impart ideas and information without interference.’ Chapter IV, 39. (1)

As usual, enforcement and respect for people-centric legislation remain a problem for the government. As peaceful protesters sat on the floor at Lekki toll gate after refusing to budge to the curfew imposed on them by the governor of Lagos State, Babajide Sanwo- Olu, soldiers drove in with military alacrity and opened fire on them with reckless abandon. Civil citizens were killed in the process and many injured. Apparently, Nigerians protested against police brutality but our supposed saviours reacted with more brutality. We begged, cried, and wailed for the killings to stop but were looked in the face and killed by our protectors. We pleaded for the violence to stop but they responded with more violence. They stood idly by as hoodlums and thugs harassed peaceful protesters. It is believed that as the army approaches and you sing the national anthem, they’ll stop in respect to Nigeria, but that wasn’t the case at Lekki toll gate. They fired on in utter disregard as citizens chanted the Nigerian National anthem in a bid to halt them. They fired on as defiant youth stood firm in resilience while understandably trepid ones sought covering. They fired on as the blood of innocent Nigerians splashed on the enigmatic green, white, and green flag of Nigeria. They fired on as brave comrades watched their colleagues drop to the ground. They fired on as resourceful ones tried to resuscitate those who were giving up. They continued to shoot as ‘the man’ uttered ‘freedom, peace and unity’ as his last wants. On the 20th of October 2020, when we ran up the building, they destroyed the foundation. Featured Image Source: @sarz_watch – Twitter Got a suggestion? Contact us: editor at connectnigeria dot com

The history of Nigeria’s independence struggle has featured popular names like Dr. Nnamdi Azikiwe, Chief Obafemi Awolowo, and Sir Ahmadu Bello. Other notable names include Sir Tafawa Balewa, Dr. Michael Okpara and S.L. Ankintola and a host of others. However, there are unsung heroes of the Nigeria independence movement, the Zikist Movement. The Zikist … END_OF_DOCUMENT_TOKEN_TO_BE_REPLACED

Oba Oyekan I reigned as the Lagos Monarch from March 1885 to September 30, 1900. He ascended the throne about a month after the death of his father, Oba Dosunmu. Read more about Nigerians in history Prince Oyekan vs. Chief Apena Ajasa incident In 1883, Oba Dosunmu, Oyekan’s father called a meeting to heal … END_OF_DOCUMENT_TOKEN_TO_BE_REPLACED

Olowu was born in Lagos, Nigeria on 7 June 1924 to B. M. S. Olowu and R. A. Olowu (née Tinubu). He is the first grandson of Madam Tinubu and Saka Tinubu, part of a wealthy Yoruba family. He attended Saint Paul’s Primary School, Breadfruit Lagos wherein 1936 he began his sporting career and represented … END_OF_DOCUMENT_TOKEN_TO_BE_REPLACED