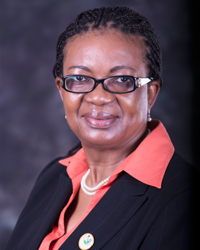 Nigeria’s leading financial institution, Guaranty Trust Bank Plc. has appointed Mrs. Osaretin Demuren as the new chairman of the bank following the retirement of Mr. Gilbert Imomoh. Mrs. Demuren joined the board of the GT Bank in 2013 after a successful career with the Central Bank of Nigeria spanning over 33 years and was the first female director of the CBN.

Meanwhile, at the 25th Annual General Meeting (AGM) in Lagos, shareholders of the bank commended the performance of the bank in 2014 despite the challenging environment. The shareholders also approved the N1.75 dividend per share recommended for the year ended December 31, 2014.

Speaking on value creation for shareholders, the Managing Director/CEO of GT Bank, Mr Segun Agbaje explained “we recorded earnings per share of N3.47,  pre-tax return on average equity (ROAE) of 32.94 per cent, and return on average asset (ROAA) of 5.22 per cent respectively” he was quoted in a statement.

Continue Reading
Advertisement
You may also like...
Related Topics: